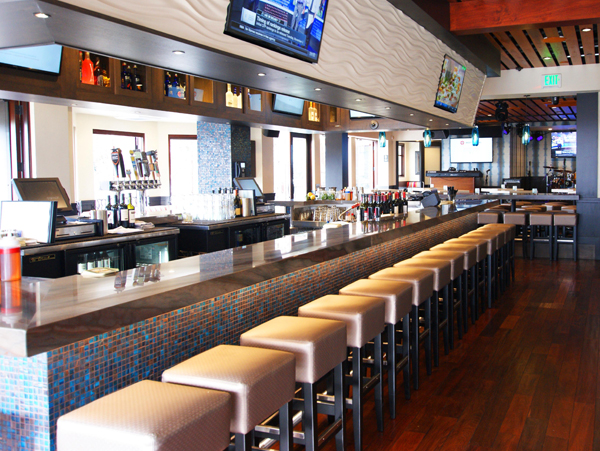 Yesterday, I was tooling down PCH when…What to my wondering eye did appear? A huge Ohio State flag on Skyloft rafters – right here…

Last time I checked Columbus, Ohio was 2,250 miles from Skyloft’s front doors. And, there are at least 758 colleges in the U.S. that field football teams, half of which must be on the westerly side of Ohio.

Skyloft announces expansion to Columbus
As it turns out, Skyloft isn’t as far from Columbus as we first thought. In fact, Owner Ivan Spiers tells me that the secondSkyloft restaurant will soon be perched right in the fine heart of Columbus in the uber-popular Brewery District.

“For months we were looking all over the country for the best location for our next Skyloft,” says Spiers. “As soon as we began exploring in Columbus, we knew we’d found Skyloft’s second home. It’s a fantastic city, and the people are really warm and wonderful, very welcoming.

“So, now we’re absolute Buckeyes fans,” says Spiers with a rare smile. “First here in Laguna Beach and, by nextseason, with our sister Skyloft in Columbus.”

There are plenty of LA restaurants and bars that show allegiance to specific college teams – some even to the Buckeyes – but Skyloft is playing it up in its usual big way.

With the most TVs in the city of Laguna Beach (25), Skyloft’s Director of Operations Jonathan Moore says that Buckeye fans are invited to take over the main level bar completely (12 TVs) and, as their numbers increase, they’ll roll into the music lounge area (another 10 TVs) or the main dining room (two giant TVs). 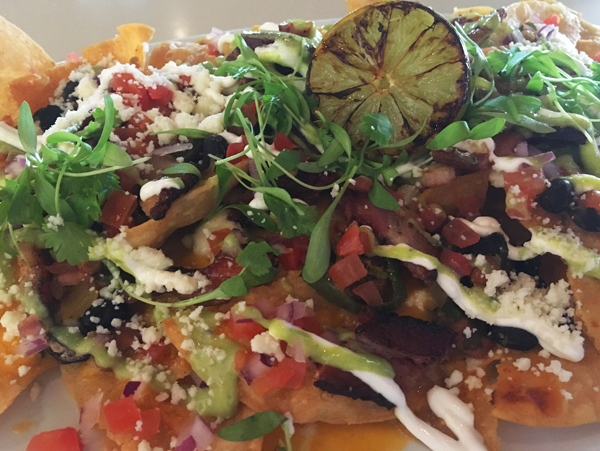 In honor of the Ohio State Buckeyes, this is Chef Arthur’s TBDBITL – The Best Damned Bacon in the Land.

Chef Arthur is introducing at least two Buckeye specials – the Buckeye Burger (smoked brisket piled on his famous burger) and the “TBDBITL” … if you’re true to your Ohio school, you know exactly what that acronym means … but Chef Arthur has replaced just one word (Band) with … Bacon. It’s a Bacon Nachos dish that I had the great fortune to try –sheer rhapsody. 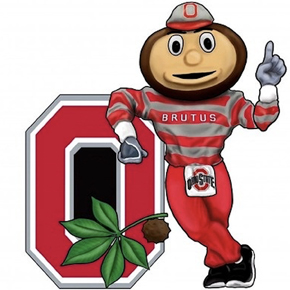 Palmerin also promises a different craft or draft beer each week. The beer will be priced at just $5 an hour preceding game time (for tailgaters) and throughout every Ohio State game.

Buckeyes Unite!
Skyloft is the first South Orange County restaurant to fly Ohio State colors. Jonathan Moore also notes that his restaurant will only fly those colors. It seems that many restaurants and bars will change out college flags to entice a day’s procession of varied football fans, but that felt like cheating to him.

“We love all our college and NFL fans and we have plenty of TVs to show plenty of games. We welcome all makes and models,” says Moore. “But we have a little sister coming along in a really great town now, and we’re awfully proud to call ourselves Buckeyes.”