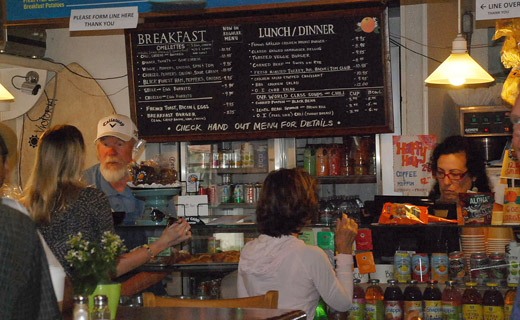 John Bodrero has owned The Orange Inn for so many years that he still remembers celebrating his 21st birthday as its new owner. At the time, The Orange Inn was in its original location in what is now Newport Coast. Theplace was first established in 1931 as a refreshment stop between Newport Beach and Laguna Beach for cowboys and field hands.

“From my first days working there during high school, the O.I. has been my whole life,” says John. “Right at about the time I took over ownership, I put a little camper on the property, so my commute was about 20 yards each day,” he says. 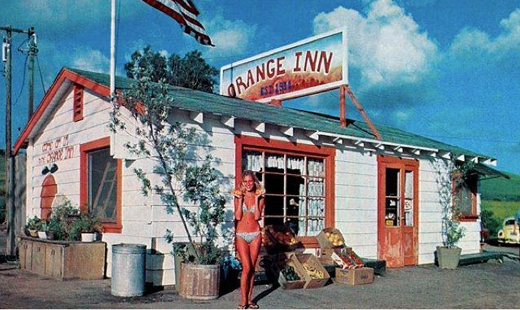 Even though he and wife, Kathy, enjoyed a sizable audience of Laguna locals then, they were both a little dumbfounded when the regular attendance went exponential after their move to central Laguna in 1986.

“The locals have always been so good to us,” says Kathy Bodrero, the primary chef behind the O.I’s many recipes. “It’s really become more of a partnership over the years. They’ve helped steer us along … it’s like having a really big board of directors,” she says with a laugh.

60 Menu Items … and Growing
Indeed, the Bodreros are family to Laguna locals. In the winter season, especially, it’s a favorite gathering spot for long-time friends and neighbors, and the lovely warmth is palpable.

As the busy summers have proven, though, the O.I. has become “family” to tens of thousands of tourists, too. On the morning I visited, a Swedish family came in to celebrate their 13-year-old’s birthday. “We asked him what he wanted for his birthday and he said he wanted to come here to The Orange Inn,” she tells the staff.

Given this last record-breaking summer, it’s safe to say that visitors of all ages have come to know and love The Orange Inn. The tiny space might seat 30 people in a squeeze, and the kitchen isn’t much larger, but the Bodreros offer more than 60 breakfast, lunch and dinner items every day.

The Guinness World Record Holder
The celebrity on the menu, of course, is the Orange Inn Smoothie because John is officially listed in the Guinness Book of World Records as the “Original Founder of the Smoothie.” 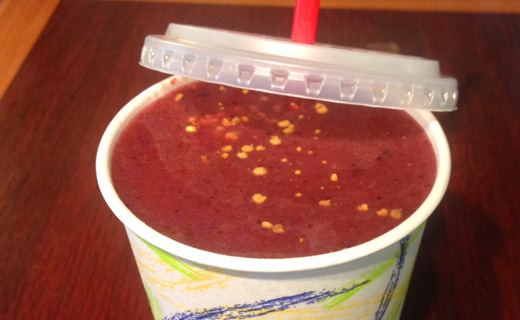 And what an Orange Inn Smoothie it is –  strawberries, bananas, dates, fresh orange juice and bee pollen all whipped up without a stitch of sugar or artificial anything. Small wonder every juice, ice cream and yogurt place in the world decided to steal the idea from our Laguna Beach Bodrero genius. It doesn’t matter what they do – this smoothie is not only historical, it goes down smooth!

The renowned Bodrero coffee and Kathy’s home-baked Jumbo Muffins, daily-toasted Granola and Giant Cinnamon Rolls (often voted the best in Laguna by locals) would be enough to create those snaking long lines. But, you just can’t limit a chef like Kathy to baked goods.

Eggs Any Way
Once Kathy began adding egg dishes, the options kept multiplying. Of the 15 or so egg dishes at the O.I., the Huevos Bodrero’s and the O.I. Breakfast Burrito have always been perennial favorites. These are simple dishes with solid, fresh flavor. The Huevos dish offers two poached eggs on a choice of toast with avocado, cheese, chips and salsa fresca, while the O.I. Burrito is a giant wrap of eggs, beans, avocado and cheese.

A few years ago, Kathy also added a raft of omelets to the mix, all of which can be customized. Croissant egg sandwiches, a meaty Breakfast Burger, more breakfast burrito combinations and a stellar French Toast (just like Mom used to make) round out the breakfast options.

Wash it all down with more than 15 selections of juices – boysenberry, peach and celery just a few of the choices – or move right into the hand-whipped shake menu offering 18 tasty options. 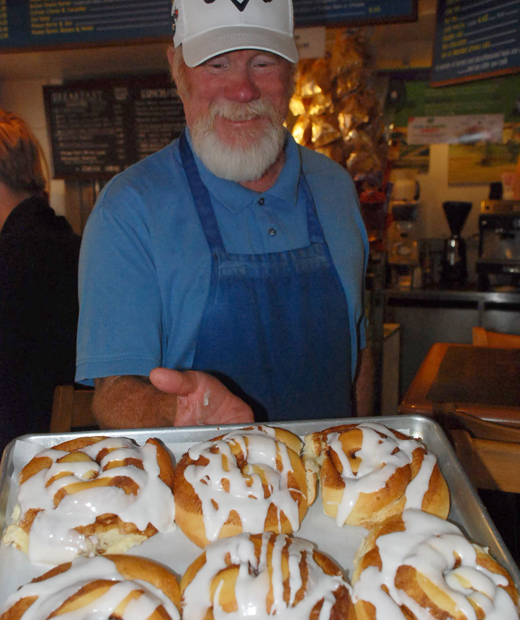 An Option for Every Taste
If breakfast just isn’t your ilk, the O.I. staff is happy to prepare any lunch item your heart desires just about any time of the day. The selection doesn’t get any easier, though, as more than 20 sandwiches and classic burgers adorn this menu.

While I’m inclined to the Holiday Turkey Sandwich and Grilled Chicken Breast, John says the Corned Beef & Swiss on Rye and Hamburger Deluxe sell quite well, while the Cottage Cheese & Cucumber Sandwich (really?) holds its own in popularity, too.

During my recent visit, my goddaughter, Lacey, ordered the Lagoona Toona minus the bread, and received a hearty scoop of tuna salad made up of all sorts of goodies on a bed of lettuce and tomato wedges. She loved it.

Kathy’s revered soups and chilis sell year-round just as easily as the Bodreros’ salads and “South of the Border” lunch combinations. And if you just can’t find anything yet on the menu to suit your taste, there’s always the classic PB&J to fall back on.

“It Just Keeps Getting Better.”
John says this last summer season has been the busiest The Orange Inn has ever been. “It was exhausting, but we weren’t complaining,” he quips. “I remember seasons when it seemed we’d never make it through, so we’re grateful for the craziness.”

Through the summer, son, Alex, worked as the restaurant’s primary manager while Kathy and John tried to enjoy a few hours away from the restaurant that has dominated their lives for four decades.

Now 29, Alex graduated from Laguna Beach High School and finished at Chapman with plans to be a vocal and theater performer. The plans became reality rather quickly, and he’s popping from one theatrical or musical performance to another throughout the L.A. basin. Papa Bodrero couldn’t be prouder, even though the shift has required that he re-take the reigns more often during busy mornings.

“He’s living his dream and it’s just getting better every month for him,” says John. “So, now our lives are here in the restaurant and driving to see his performances. We have very full lives. For us, though, we just see it as getting better all the time, too.”