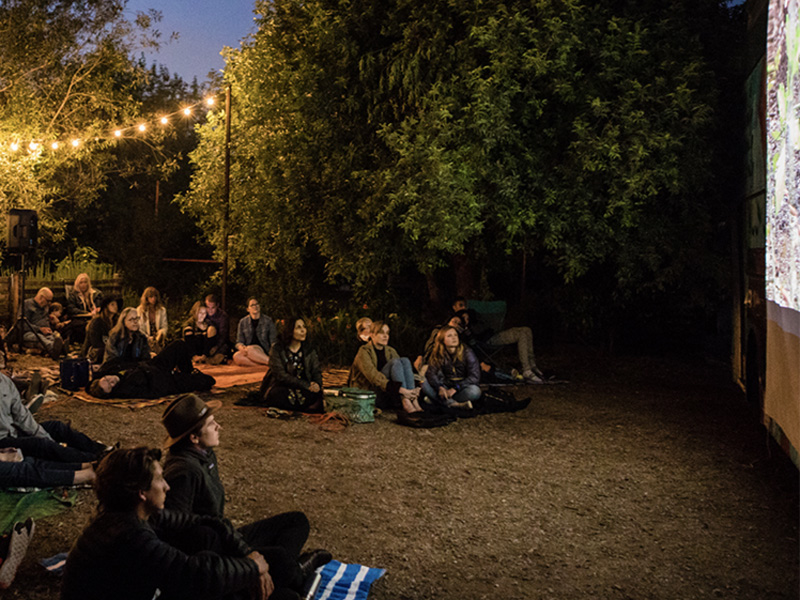 Every now and then, I find a cool event outside of our city limits that I’ve just got to tell you about. My friend, Ali, turned me on to it, and I’m heading there this Thursday.

The movie is not only directed by Emmy Award winning director John Chester, but it’s actually about his life as he documents the enormous change-in-life decision he and his wife, Molly, made when they chose to leave the big city to start a 200-acre sustainable farm. Spurred by an eviction notice at their city-based apartment for their barking dog, the urban couple created a plight of their own by deciding to dump city life and buy a 200-acre piece of land that had been completely depleted by drought.

As they valiantly work to create their dream farm, idealism, blind optimism and naiveté create a movie that’s not only hysterically funny in some parts but heartbreaking and stoic in the many lessons their burgeoning ecosystem proved to offer. The film premiered last year at the Telluride Film Festival and, thanks to wide critical acclaim, stormed the Toronto International Film Festival and Sundance Festival as well.

Show up at 7:00 for an optional reception and tour of the farm. The film’s screening begins at 7:45 p.m. with popcorn provided. Film goers can bring picnics, blankets and low-backed chairs. Attendance is free, but they’d really appreciate a $10 donation.

They ask that you definitely RSVP. You will find a few more pointers on your picnics and what to wear when you do so. Click here: