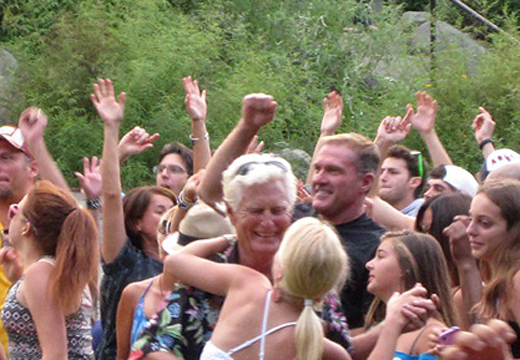 Amidst all the bustle of mid-summer Laguna Beach, the Bluebird Park Concert Calendar has quietly rolled into play. (Actually … not so quietly as popular Los Pinguos got the crowd rocking from their first Latin Jazz note on the very first Sunday two weeks ago.)

Each year on July and August Sunday evenings, our more southerly Bluebird Park comes alive with live music that varies from Grateful Dead tribute bands to great rock and roll, Reggae and jazz.

Although most locals are very familiar with Bluebird Park, newcomers and visitors might not know it even exists. This is such a lovely park. Unlike the gorgeous ocean setting of the Heisler Park concert series in May, Bluebird Park is more like sitting in a meadow clearing amidst towering trees. It’s quite serene and lovely.

The music, though, is far from serene. This is a fun, rocking evening no matter who’s on stage.

Pack up your chairs and picnic blankets (no placement before 3:00 p.m. please) and tote in a picnic basket with all your favorites. It’s a great friendly crowd of locals and visitors alike, and a perfect way to end a weekend and begin the week ahead.

Here’s the Bluebird Park Concert Calendar for the remainder of the season in Laguna Beach: 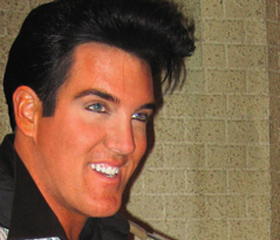 Scot Bruce began his Elvis tribute concerts in 1990 when he was trying to make ends meet between acting jobs. Now, he’s Elvis everywhere – in commercials, on national network television and in music videos with stars such as Faith Hill and Sheryl Crow. 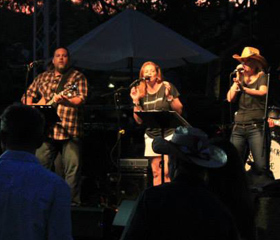 Country at its finest, this is a high octane show of country hits, country classic and Southern rock favorites. Fans don’t sit still for long at Pickleback concerts so be sure to bring our dancing shoes (for grass of course) 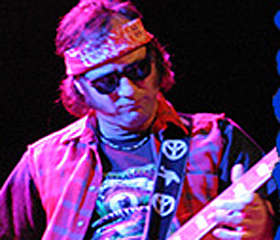 Named the top tribute band in Southern California, the Neil Deal is a tribute to the career and music of Neil Young as a solo performer as well as the many groups he played with. 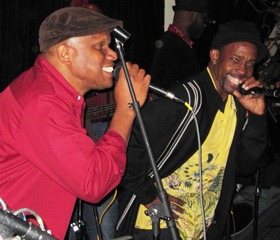 Probably the highest energy concert you’re going to see this summer (or maybe in your life), Upstream is one fun, rocking Reggae and Calypso band. These guys have a LOT of fun, and it’s a contagious energy, assuredly. Don’t be expecting to sit and watch like a lump on this one. Just warning you. 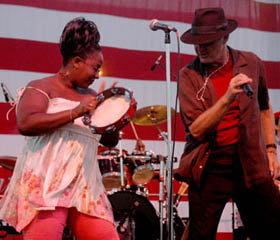 This band claims their missions statement is one word: DANCE! Soul, blues, rhythm and blues jazz – TNB does it all and appeals to every soul in the audience. It’s a fun, rowdy time.