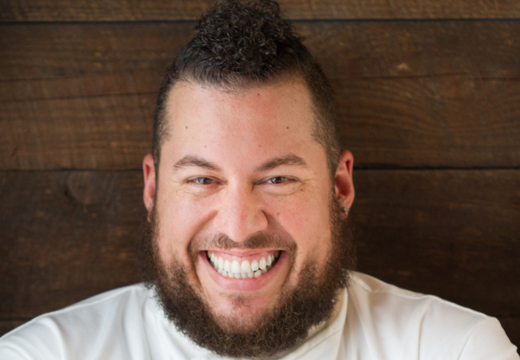 His Broadway by Amar Santana restaurant took off like a racehorse from its opening gates in 2011. Even on weekdays in the offseason, his restaurant is burbling with a great, cool vibe and happy foodie participants.

This fall, he’s opening his second restaurant, Vaca, by the Westin at South Coast Plaza. And, he has even more announcements up his sleeve in the months ahead. When pressed, he simply grins his delighted grin and tells me to be patient.

While it may seem this Chef is something of an overnight success, it was a patient path he began 17 years ago when he was 16. Three years prior, he had worked his way into a culinary-oriented high school for the scholarship alone. He didn’t even like cooking.

Cooking, however, liked Amar and, by the age of 16, he was already behind the line, stoking up new innovations for a high-level restaurant. He hasn’t looked back since.

“It’s always a conscious leap you have to take when the opportunity comes your way,” says Chef Amar. “And usually, it’s not very comfortable … but it’s getting easier these days. Somehow, the leap always seems to work.”

As his leaps land on new and better paths, his Broadway menus continue to do the same, too. Chef Amar is forever fiddling with his food.

He works many of his new innovations into his Small Plates Tuesday menus, and “practices daily patience” as he looks forward to changing his seasonal menu.

“I can’t wait to get new menu items into my seasonal changes,” says Chef Amar. “Coming up with new menu items is the easy part – I love it. The difficult part is deciding what gets to be introduced, what remains, and what’s removed. When we remove the wrong thing, we hear it in, like, a day.” 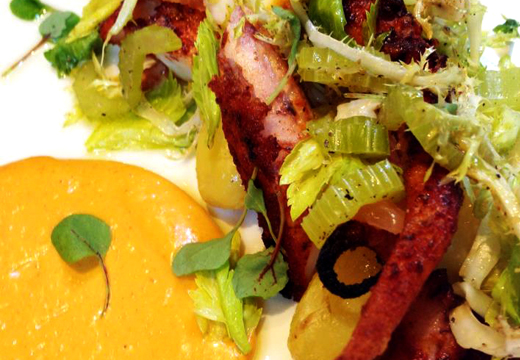 Although he’s tried, from time to time, to quietly remove the Spanish Octopus and Japanese Himachi dishes from the menu, he’s caught red-handed by too many fans that travel to Broadway for those specific dishes.

“They’ve been on the menu since Day One,” says Chef Amar. “People are emotionally attached to these dishes,” he says with his grin.

Warm Flavors You’ll Savor in the Fall Months Ahead

Where there’s a will, there’s a way, though. Chef has managed to introduce a number of new items to the First and Second Courses for his “Late Summer/Early Fall” menu changeup. 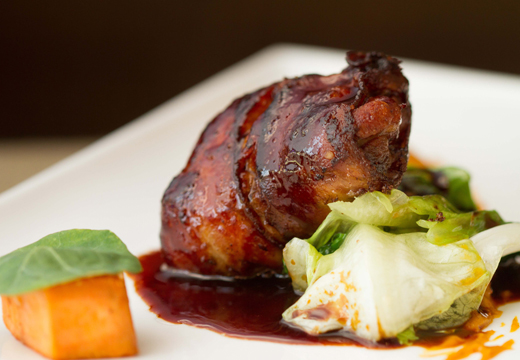 “These are warmer, more savory dishes as we move into fall,” says Chef. “As an example, the Bacon Wrapped Sweetbreads are served with a sweet potato purée, and the Grilled Pork Delmonico is served with barbecued baked beans with cranberry and pulled pork. It’s heavier, warming food.”

And, as usual, heavenly, too. Aside from the melt-in-your-mouth sweetbreads in the First Course menu portion, a sultry Heirloom Beet Salad settles between cheese plate and charcuterie board items, Seasonal Oysters land with a Habanero-Passion Fruit Mignonette, and Crispy Braised Pork Belly joins a second foie gras installment for the fall menu.

The chilled foie is served up with a caramelized fig purée and a porcini mushroom brioche, yet two more nods to the harvest season ahead. It is stellar. 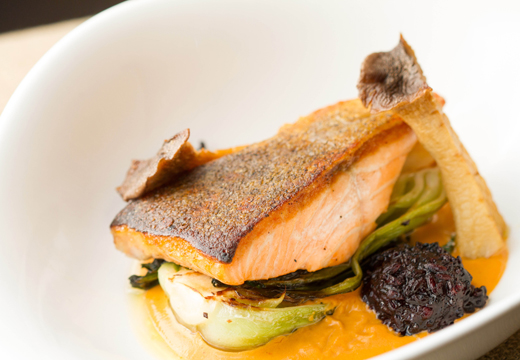 “When I did my big weight loss challenge, my personal trainers told me to eat nothing but salmon … and I hated salmon. I’ve had clients for years who’ve asked for salmon and love salmon and I … just didn’t want to spend time thinking about it.

Chef Amar dresses his salmon dishes in big, bold spices, and this Late Summer menu is bigger and bolder with a spicy coconut/Thai red curry creation. Despite its heat, it gently infuses the salmon and dollops itself atop with neighboring ginger bok choy, roasted trumpet mushrooms and crispy black rice. Somehow, the strong flavors tame each other into one delightful bite after another.

The Thyme Basted Salmon joins other newcomers in the Second Course such as the Grilled Pork Delmonico (with the baked cranberry beans), Alaskan Halibut with Rock Shrimp & Lemon Risotto, and a gorgeous Prime New York Strip with Smoked Bordelaise Sauce.

Fall Menus, Fall Openings: All in A Day’s Work 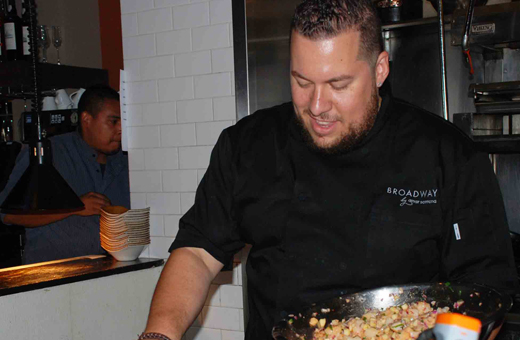 As Chef Amar works with his mighty kitchen staff at Broadway to create these new innovations, he’s also bustling off to Vaca, his new restaurant, for the endless construction meetings and discussions. He and business partner Ahmed Labbate still plan on an early December opening.

“When we opened Broadway, we were in such a rush to get open that we cut corners and missed some things that could have been better,” says Chef. “Now, we have that experience under our belts and we’re taking our time to really do this right.”

As he shares blueprints and talks excitedly about his amazing new stove, Chef Amar is both matter-of-fact and giddy.

“Nothing here at Broadway will be there at Vaca,” assures Chef Amar. “Where Broadway is progressive or ‘modern American,’ Vaca is a very traditional Spanish tapas house. It’s very important that we give our diners two unique experiences. I’ve already created the menu … I can’t wait!”

After all, it seems that patience has served this Chef beautifully well.