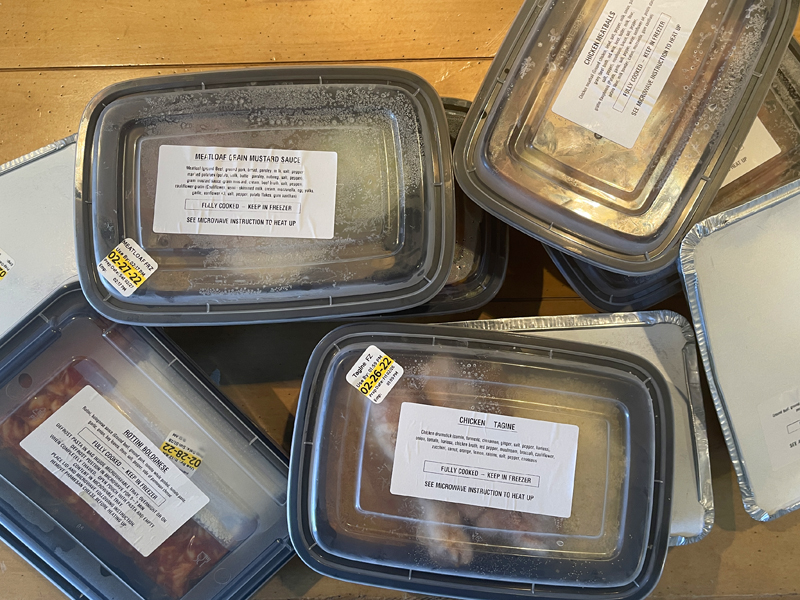 Have you ever felt absolutely smug about discovering something ahead of everyone else? I have to admit feeling that way every time I dig into yet another great meal from Brussels Bistro‘s monthly meal subscription plan.

Brussels first rolled out its “10 meals for $89 a month” subscription in December. I hopped on board immediately.

It’s March now and, having now tried about 35 of these meals, I have to say I’m still very impressed. This is fabulous food.

For months, Brussels had already been dominating the 2020 take-out scene with beautifully packaged frozen and fresh food they had cooked and prepared “sous vide” style. Much of their take-out menu is vacuum packed, allowing for easy refrigeration and extended freezing.

In December, they began providing a 10-meal monthly subscription, with a vast array of gorgeous gourmet tastes arriving in frozen status.

When I picked up my March allotment, Chef Nicolas told me that they’ve switched to oven and microwaveable dishes to make it even easier (as if popping a bag into boiling water isn’t easy enough).

The team is also beginning to incorporate choice into one’s monthly selections. By April, they intend to have fully vegetarian, gluten free and more available in a pick-and-choose sort of menu.

Frankly, I like the element of surprise. This month, I unpacked:
• Cod Filet in veggie broth with fingerling potatoes
• Chicken Meatballs with mushrooms and bacon in a gravy of beef broth, red wine and beer (hmm!)
• Turkey Breast with braised endive and potatoes
• Saffron Rice with chorizo sausage
• Shepherd’s Pie with ground beef, ground pork, mashed potatoes, spinach and onion
• Quinoa Caponata with eggplant and capers
• Chicken Tangine with veggies
• Yellow Curry (mentioned below)
• Meatloaf & Mashed Potatoes with a grain mustard sauce and cauliflower gratin
• Rotini Bolognese with a healthy portion of freshly shaved Parmesan cheese.

Last weekend, my buddies, Tom and Joao, were grilling fish. I added two vegetarian dishes from my Brussels freezer to serve as side dishes – the Quinoa Caponata and the Yellow Curry & Coconut Red Lentils with Cauliflower. The two dishes were more than enough to share between the three of us and they added a gourmet quality I couldn’t have cooked up with less than a half day’s labor in the kitchen. 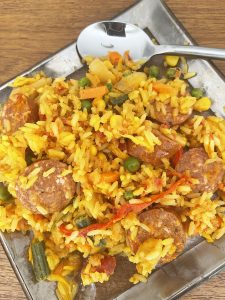 This is truly a genius idea at a such an affordable price. The popularity is catching on – even people on the East Coast are ordering the 10 monthly meals. The Brussels team simply packs the supply in dry ice and sends it off. Chef Nicolas tells me they’ve also begun to deliver via UPS to Las Vegas, San Diego, Northern California and more. We’re lucky locals, though – we can just pick up our monthly installment in the alley behind their Laguna restaurant. Go to BrusselsBistro.com to their “Orders Online tab to subscribe.