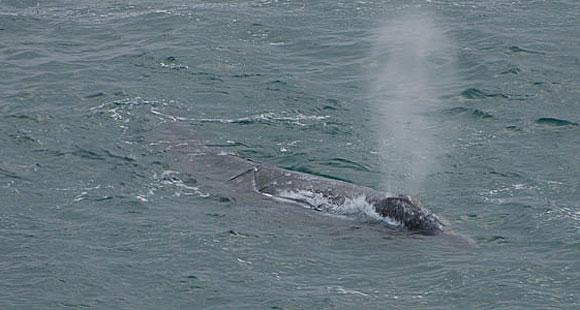 As a resident looking out over the ocean on a daily basis, even I’m surprised by the number of California Greys we have basking in the bays of Laguna Beach this week.

The California Grey Whales mamas are trekking their way up the precarious coast with their babies. As I learned as a land lubber first seeing these monsters so close to shore, the mamas bring their babies in close to shore to learn how to swim better, scrape off a few barnacles, and take advantage of easy buffet eatin’ in the rocky, submerged reefs.

It’s no surprise to see the California Grey Whales at this time of the year. While area whale festivals are typically in early March, I usually see the whales puttering through my West Street Beach locale in late April through June. Sadly, there’s no telling when they will actually wander in. Days and weeks will go by without a single spout, and then they will inexplicably show up and hang out for a “spa day” in mini pods for hours at a time.

These pix I’ve grabbed with my camera from my balcony are really quite terrible depictions. As slow as they seem to move, the California Grey Whales seem to be quite camera shy. They’re terribly good about ducking under. Further, these photos give you no perspective on how enormous these whales actually are. The California Grey Whale females can be 45-50 feet long, while their calves – at this stage of the growing game – are already about 25 feet long and gaining 60-70 pounds a day. (And you thought YOU had a heavy weekend of snackin’.)

They have to be lifted up by Mom and a few nearby aunts to take their first breaths. From there, Mom invests in serious swimming lessons, often bringing her calf  into bays and lagoons to slowly swim against the incoming or outflowing tides. No surprise, then, that the smartest whale moms choose the famous West Street beach cove as so many of our world champion skimboarders will tell you – this “Mini Wedge” can be a seriously technical challenge for humans and 20-foot Grey whale calves alike.

Here are just a few day and twilight shots from Sunday, April 21st. Let’s wish these guys the best as they take on a variety of predators on their trek home to northern climes: 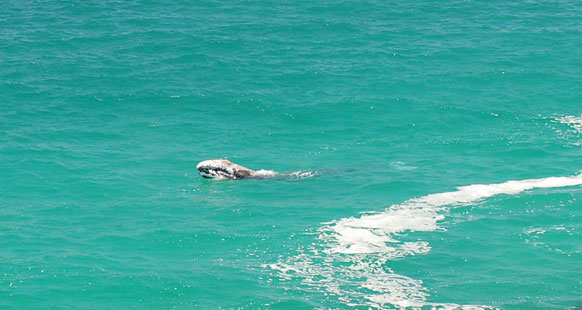 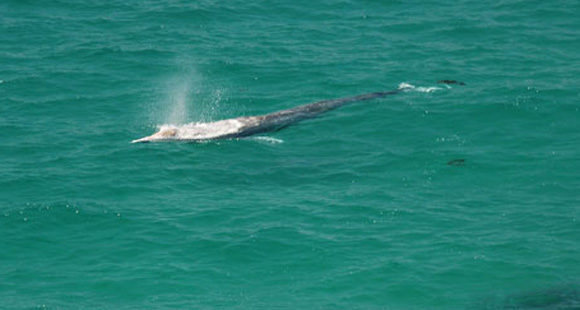 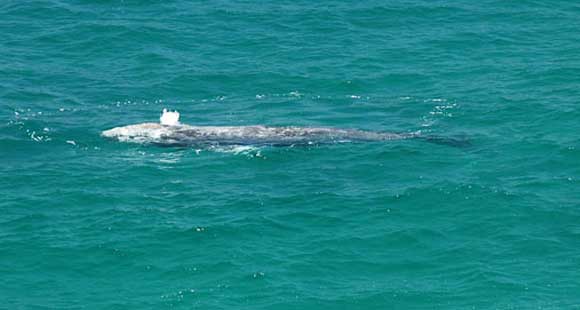 This California Grey Whale calf is tired of spouting, so he’s just going to puff a bit, instead 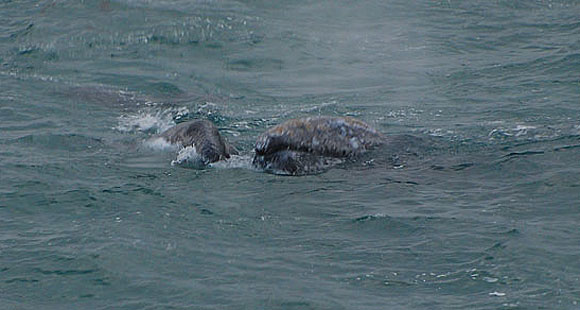 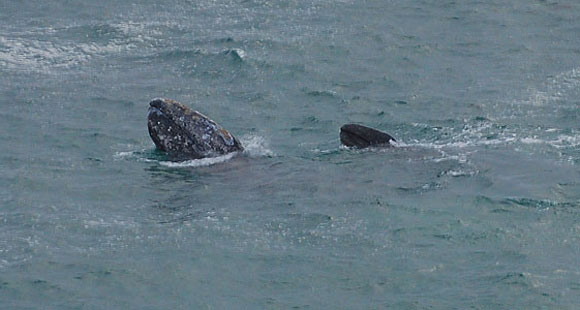