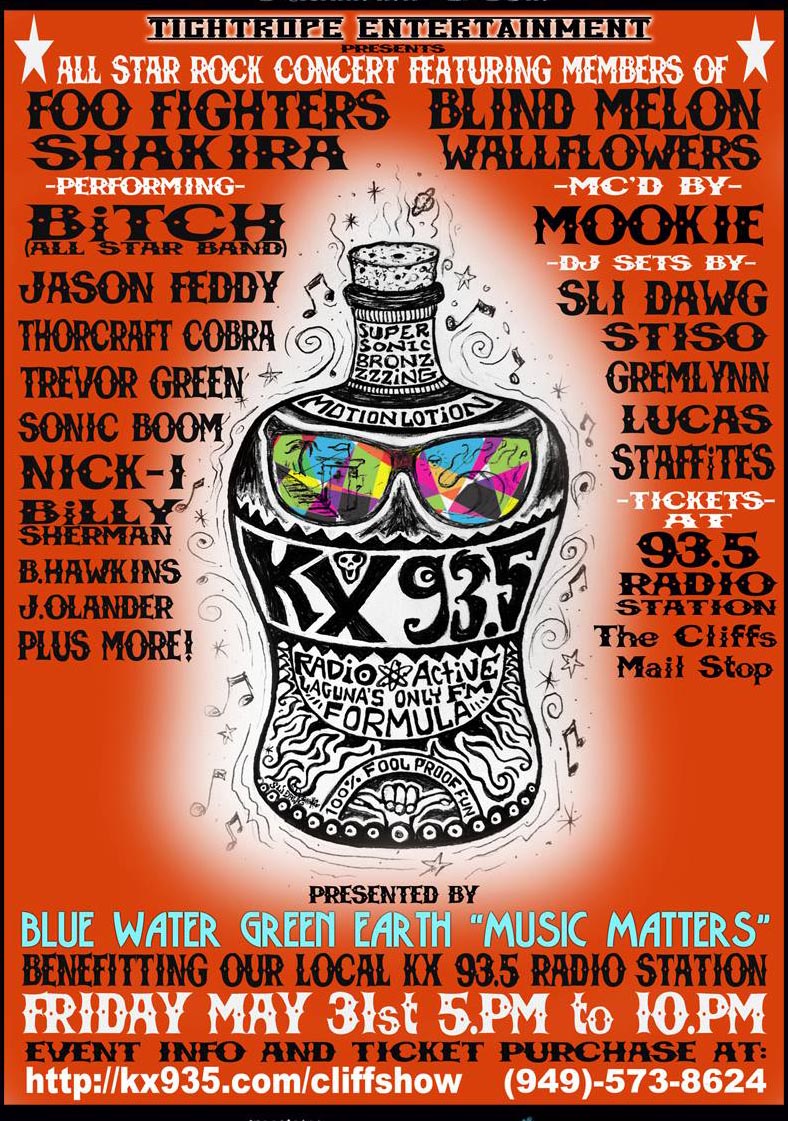 Back in September 2012, Laguna residents were able to tune their radios to something other than the in-and-out static of L.A. radio stations that just couldn’t penetrate our hills.

It was the happy launch of our own radio station, KX 93.5. And it’s been a beautiful thing!

Because the radio station is just that – commercial free – and because it’s a 501 (c) (3) non-profit, our little indy station relies on program and local financial support. And, just as its shown in its own programming, its fund-raising efforts are quite a musical scene to behold!

In fact, this Friday, May 31st, “celebrity musicians on Laguna sabbatical” are doing a benefit in the radio station’s behalf at the Laguna Cliffs.

This is a treat you don’t want to miss.

The party rocks from 5 p.m. to 10 p.m. Ticket prices are $25 – $125/per for the VIP Experience. You can’t get anywhere near this party without a ticket (and why would you anyway? This is an ultra great cause.) So, buy your “Music Matters” tickets for this Friday, May 31st online now and support our little Laguna Beach radio station that could.