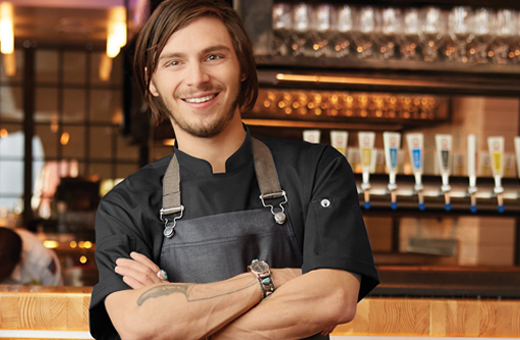 When the hugely talented Chef Camron Woods left The Ranch in August for new digs in San Antonio, we not only lost the best authentic grits chef in the west, but also lost an amazing Ranch pastry talent in the form of his wife, MC, who traveled along with him.

For two months, The Ranch has been methodically culling through numerous applications, understanding that the next chef to take the kitchen’s helm will be responsible for the opening and enduring popularity of the new Harvest Restaurant.

They finally found their match in Chef Charles Imbelli.

He’ll be the Ranch’s Director of Culinary Operations, and also acting as Executive Chef at the Harvest.

Chef Imbelli is an uber-talented Chef in contemporary California cuisine, having most recently served as Director of Culinary at Fundamental L.A. in Westwood. Prior, Imbelli was the Executive Sous Chef at the Ace Hotel and Swim Club in Palm Springs, and also opened the Ace Hotel in L.A.