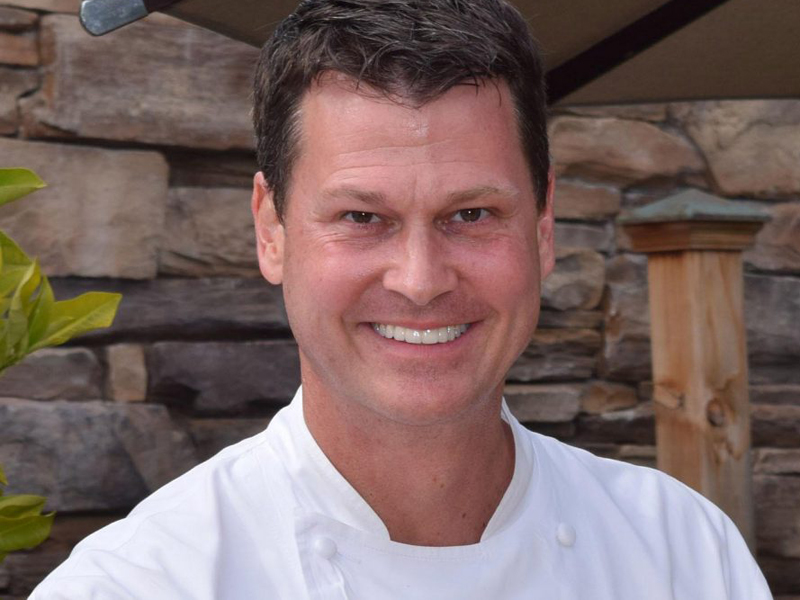 One of the most talented chefs we’ve yet seen in Laguna Beach is calling it quits. Award-winning Chef Craig Strong of Ocean at Main at 222 Ocean Avenue has announced he’s closing on February 5th.

The shuttered doors come just 16 months after his grand opening in September 2018.

It’s a significant loss to Laguna Beach, especially to those locals who first came in contact with Chef Craig’s genius at Studio at the Montage Laguna Beach. He raised that restaurant to the only 5-star eatery between San Diego and San Francisco, and Ocean at Main was another testament to this chef’s extraordinary talent.

Chef Craig, a longtime local here in Laguna Beach says it won’t be long before we see his face somewhere in the restaurant geography here or around Laguna Beach.

“I am actively looking for my next spot,” he assured me.

In a statement released on Sunday by Chef Craig, he noted,

“It is with a heavy heart that we announce the last day of service for Ocean at Main will be Wednesday, February 5. Since 2018, we have loved serving and connecting with the Laguna Beach community. Ocean at Main has been the adventure of a lifetime, and we are honored to have served so many wonderful guests, created lifelong friendships, and hosted so many memorable celebrations. We are wholeheartedly grateful for our hardworking staff who brought this place to life and for our guests and regulars who called our restaurant home.

“As a Laguna Beach local, it breaks my heart to see the challenges the restaurant community faces in Laguna Beach – and across California. With rising costs of rent and labor, we, along with many other restaurants, have experienced this incredible challenge.

“When one door closes, another opens. We are actively looking for another location and I look forward to serving you again soon.”

Room 222: A Storied History in Retail and Restaurants

Dallas-based Lombardi Family Concepts still owns the building in which Ocean at Main resides. In the 10 years previous and prior to Lombardi’s purchase, the space had been a rug store and a Big Dog Sportswear store.

Lombardi purchased the property in 2015 and invested $2 million and 18 months of time to repurpose the tattered retail space into a contemporary restaurant space, Taverna. The Italian concept (with the most beautiful kitchen I’ve seen outside of a Laguna resort) opened in Spring 2016.

Two years and two months later, Lombardi Concepts closed Taverna on Sunday, July 1st, 2018. At that time, they confirmed that Chef Craig Strong would be stepping in with his own concept. 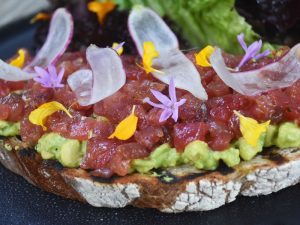 Chef Craig opened with a remodeled look and a higher-end farm-to-table concept with his standard – read: phenomenal – creativity in late September 2018.

On January 7th of this month, Lombardi Family Concepts announced the building for sale at $8.45 million with Chef Craig’s long-term lease and operation included and intact in that pricing.

The commercial agents on the listing could not be reached for comment before deadline.

“We were very surprised,” said Robert Clayton, Vice President of Lombardi Family Concepts. “Craig is such a talented chef, and he created such a beautiful space for Ocean at Main. We’ve only heard great things about his food, and he was figuring out the revenue and costs and making adjustments – it just seemed that he was getting past that first year and breaking through,” continued Clayton.

“We worked with him and would have continued working with him – this is what you do as a landlord with a chef with so much talent,” said Clayton. “But Craig was at a point where it was just too much of a struggle. We’re really very sorry to see him go.”

Clayton says that he and his team will be here that first week of February to decide their next steps.