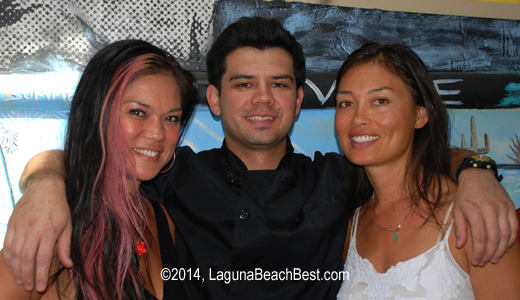 For years, I’ve lived about 30 yards from The Coyote Grill in South Laguna Beach. Except for the early, weekday mornings when I might trot up for breakfast while I work on weekly business, Coyote is always basking in a happy jumble of noise. On weekends, the jumble becomes more of a boisterous uproar, particularly on summer afternoons. And Cinco de Mayo? Definitely a cacophony as patrons enjoy happy hour and drink specials all night long.

While the volume definitely subsides as you move west to the restaurant’s back patio, the place is jaunty. It’s just a fun place to be, period. Even the bartenders and servers – many of whom have worked at Coyote Grill for 12, 18, even 25 years – are happy. That’s something to be said for the restaurant business, renowned for personnel moving like chess pieces from place to place.

“We’ve been family owned for so many years now that we’ve ‘acquired’ family members along the way,” says Desirée Gomez, the General Manager. “It’s not just the people who work for us, either. We have hundreds of regulars, and they’ve all become family, too.”

Indeed, walk in at any time of the day or night, and you’ll hear people greeting each other as if they haven’t seen each other in years. Neighbors meet neighbors here. Friends meet new friends here. People have even met and married from this place.

Coyote Grill is, quite simply, one of Laguna Beach’s iconic neighborhood bars … well, one that caters to neighborhoods in a 30-mile radius. 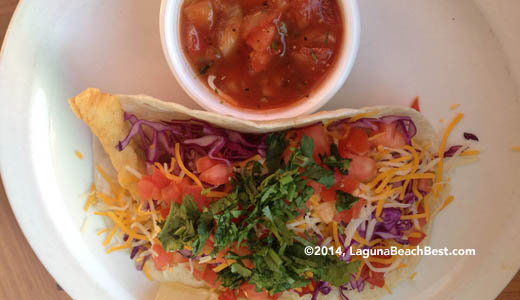 Daily, they make their own sweet-and-sour mix, fry their own tortilla chips and create 10 gallons of their salsa and salsa verde (“we dice every single one of those tomatoes,” says Desirée).

Coyote offers six different kinds of fresh fish on the daily menu, which includes Mahi-Mahi and Calamari in the popular fish tacos. And, from October to March, the Grill serves the most sublime Baja-style local grilled lobster you can get your hands on. Lastly, let’s not forget the extensive Happy Hour Menu and the 100+ types of tequila you can request in drinks or shots.

Absolutely Blameless Menu Across the Board 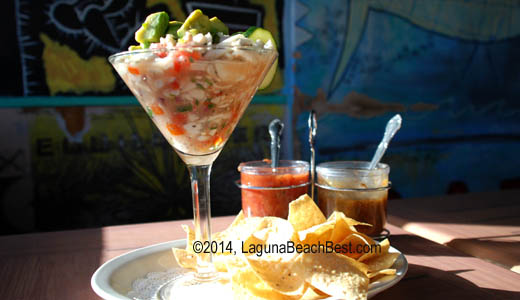 Of course, the Coyote Grill’s Crab Ceviche is blameless and, unless someone notifies me, I believe it’s the only one in town that caters primarily to fresh crabmeat. I’ve probably ordered it 70 times, and it is – by far – a favorite staple of mine across Laguna Beach.

The Coyote Street Tacos can be ordered in threes, allowing you to choose between a variety of proteins (even Chorizo Potato). And the Calamari Tacos are, frankly, unquestionably best sellers for a reason.

It doesn’t stop there, though. With 36 year of Baja Mexican cookin’ under their belts, the Coyote Grill sells classics and innovative originals all day long.

All in the Family

Desireé’s dad, Kim Bryant, has a mixed heritage that’s actually more Korean …  but he’s favored Baja-style Mexican fare since first discovering it and refining it in (of all places) Hawaii.

He took over this particular restaurant space from longtime Cove restaurateurs in 1989. Prior, Bryant was an existing 9-year owner of Café Del Coyote in San Clemente (now the Pizza Port), but had found the enormous space taxing, and sought out a smaller footprint. He kept the San Clemente location open till 1993, and then focused all of his efforts on the SoLag location.

Given that all four of his children grew up in his restaurants, it’s no surprise that they’ve all remained involved to this day.

“We spent more time at the restaurant doing our homework and having family dinners there than we did at home,” says Desirée. “When I was about 8, I was begging my Dad to let me bus tables for 10 cents, but he held off till I was about 12. Then I got to be a weekend hostess. I felt so important.”

While Desirée worked the front of the house, older brother, Justin, started working in the kitchen, and younger brother, Jarrod, followed the same path. Eventually, little sister Tiana came on board, too, as a top-notch server.

When Dad made his move to South Laguna Beach, the entire kid brood moved over to Coyote Grill, too. Except for Justin, who’s moved to Dad’s ranch in Hawaii, the three remaining children now single-handedly operate and manage Coyote’s daily business.

“When I was about 20, Dad threw me into management,” say Desirée. “Initially it was awkward for me because I was suddenly the boss of people I considered my aunts and uncles here, but we all made it through … definitely through trial and error, but we’ve made it through,” she says with a laugh.

And Now, An Extended Family

Aside from the servers, kitchen and bar staff, the locals have supported Desireé and her family every step of the way. Strike up a conversation with any of the clientele here and, within a minute’s dialogue, they’ll tell you how long they’ve been coming to Coyote Grill and what they religiously order. 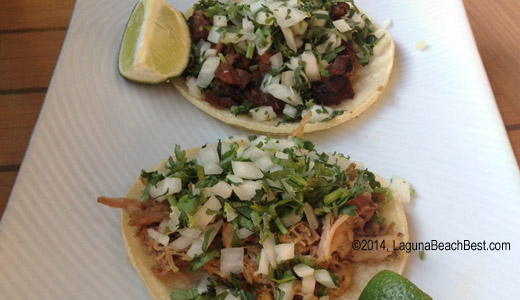 On “neighborly” additional suggestions, make sure you try the Coconut Shrimp, breakfast’s Beef Machaca, the Jalapeno Bacon Wrapped Shrimp, and the classic Cove Fried Chicken, carried over on popular demand from 1978. Even the Americanized Coyote Burger is a work of art.

“Of course, the food has to bring these people back in,” says Desirée, “But, I think once they discover Coyote Grill for the first time, it’s more than food that keeps them coming back, even when we remember that this client wants ketchup with his quesadilla kind of thing,” she continues.

A professional writer for 30 years, Diane Armitage is also the author of the book, The Insider’s Travel Guide: Laguna Beach’s Best.