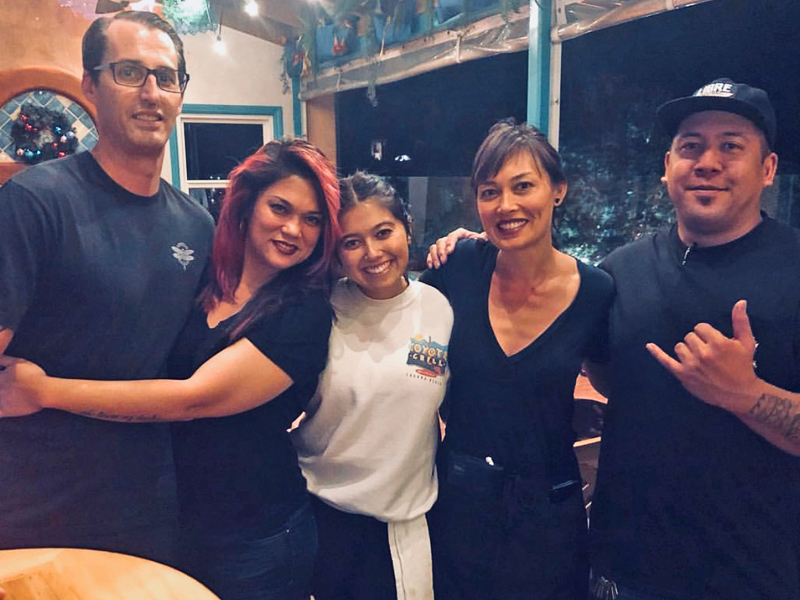 In late August of 1989, the Michael Keaton/Jack Nicholson version of Batman was setting $100 million records, “Good Thing” was topping the charts from the Fine Young Cannibals, and Kim Bryant was opening South Laguna’s Coyote Grill. 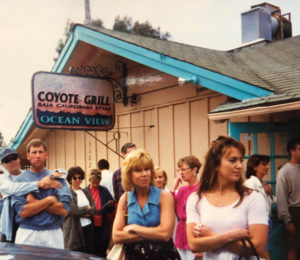 Fast forward 30 years, and Coyote Grill has only grown in mega-popularity. It is a neighborhood icon as well as the primary traffic element I refer to whenever I’m directing someone to my Table Rock home.

The Coyote crew is celebrating this month with a culmination party on Tuesday, Sept. 24th.

Hundreds of people have already been participating in the restaurant’s raffle. Once patrons spend $10, they’re allowed to drop their name and phone number in the raffle box with hopes of winning Calamari Tacos for a year (my favorite tacos in all of Laguna Beach for a whole year!!), free valet for six months and a host of other gifts and specials.

Patrons can participate in the raffle multiple times with each visit they make to the little neighborhood restaurant/bar before Sept. 24th. Winners will be drawn on the 24th after the party officially kicks off at 4:00 p.m.

The Sept. 24th party will also welcome Casamigos Tequila (I can only hope George Clooney will come along), Mago Hot Sauce and a photo booth.

“It’s hard to believe it’s been 30 years already,” says Co-Owner Desirée Gomez (Kims’ oldest daughter). “I started helping here as a hostess when I was 12, so it’s been a very fast-moving 18 years.” 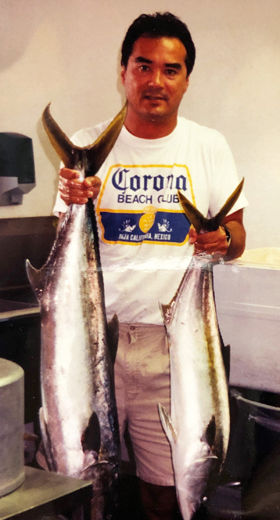 Kim Bryant took over the restaurant space from Cove restaurateurs in 1989. Prior, Bryant was an existing 9-year owner of Café Del Coyote in San Clemente (now the Pizza Port), but had found the enormous space taxing, and sought out a smaller footprint. He kept the San Clemente location open till 1993, and then focused all of his efforts on the SoLag location.

For several years, all four of Bryants’ kids worked at Coyote Grill. He left in 2001 for Hawaii, taking oldest son, Justin, with him to operate a commercial kitchen there. That left Desirée, Jarrod and Tiana to grow into their roles at the family-run Mexican restaurant.

“We had been raised in the restaurant as kids, so it didn’t seem like such a giant thing to step into bigger roles here,” says Desirée. “Looking back now, though, I think: We were just kids!” 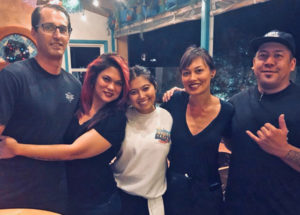 While regulars saw these mighty, mighty kids grow into ownership and operation of a viable business, they continued to enjoy a large Mexican-American menu that offered all their favorites.

“We’ve only added about 6 or 7 items to the menu since Dad first put it in place,” says Desirée. “We can’t even do specials because everyone who comes here already knows what they want to eat.”

Recent departures have seen her siblings and children head off to their own new worlds, which leaves Desirée the last family member standing. She doesn’t mind, though, as she has plenty of help from her extended family of chefs, cooks, bartenders and servers that have been in play at Coyote Grill for 20 years or more.

Any plans to shut this thing down and move on, too, I ask? 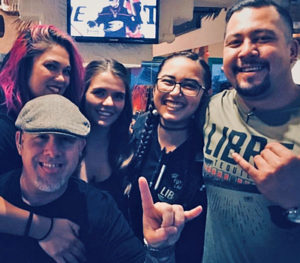 “Once you hit 30 years, you can’t just call it quits,” says Desirée.

(This is a relief to me. Where would all of us SoLag people go, for heaven’s sake? We would just wander our non-sidewalk streets with blank, sad faces)

“We still have to get our kids through school in Orange County, so we’re not going anywhere … at least not until our 40th celebration,” she adds.