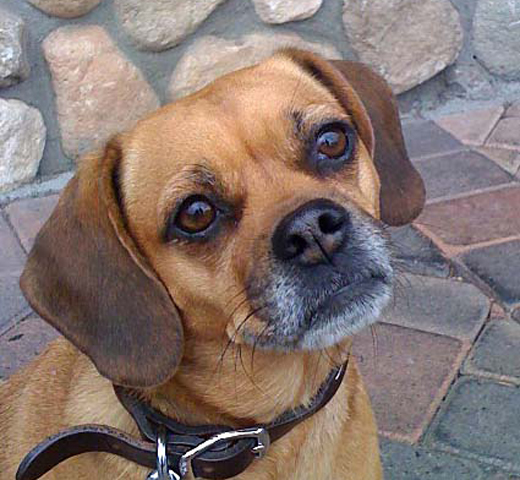 Sophie, a Puggle With Panache

Miss Sophie is quite an adorable Puggle.

She sensed this fact herself early in life and, when she first landed on this planet in South Dakota, Sophie began making immediate plans to work her way to a more populous area that would provide greater numbers of adoring fans.

In a few short weeks, she’d made arrangements to fly her way to a pet store in South Orange County. Within a matter of hours (because she has that face, you see), she had met her person, a lovely young woman who resides in Aliso Viejo.

The two have been inseparable since. Sophie loves the adoration and attention she receives from people near and far, even at the expense of losing a front tooth from a tug-of-war with a neighborhood boy . . . (apparently neither knew when to stop tugging).

Now 5 years of age, Sophie hasn’t let all that love go to her head. In fact, she’s quite adoring, in turn, to anyone crossing her path … as it should be on this planet, yes?