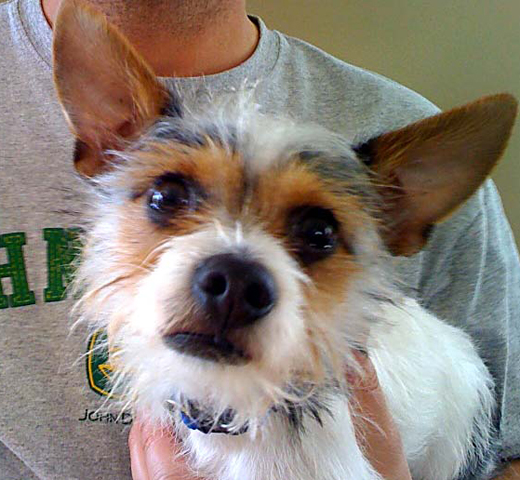 Eight-month-old Tyson is a Jack Russell Chihuahua, which means he’s not one to sit still for long . . . not even for a photo opp. His hummingbird-like  energy makes him a particularly apt and diehard fan for the Chicago Bears, even during disappointing playoff losses as was evident this Sunday.

Tyson was bred and born in Costa Mesa, just up the road and over the hill from Laguna Beach. He was initially adopted out to a couple, but rambled his way to a new couple in a matter of weeks, claiming that they better appreciated his wit and joie de vivire. Since that ramble, he has collected a number of larger dog cousins, and they regularly get together in Laguna Beach for a bit of flag football on the beach, on the grass, on the patio deck and on any given throw rug in the house during timeouts and commercial breaks.