Buy Your Own Elephant This Weekend!

For a couple months now, elephants have been roaming freely in neighboring Dana Point. This Sunday, they’re ready to be adopted into many lucky homes, with proceeds benefitting the endangered Asian elephant (the live version). SEE THE GALLERY OF JUST A FEW OF THE “HERD” BELOW.

The Elephant Parade, a worldwide phenomenon for several years now, has finally arrived in the United States, and chose Dana Point as its first embarkation. This tour is just one of three this year in the world – it is an extremely amazing thing that we managed to bring the elephants here at all! In September, I first wrote about these beauties and the story behind them: See:  Elephant Parade in Dana Point

While you won’t be adopting a big gray, floppy-eared elephant that might trumpet at any given time at the neighbor’s television, you will be bringing a beautifully crafted, one-of-a-kind statue into your home or yard AND you will be saving real elephants lives in the doing.

Join community members on Friday, from noon to 6:00 p.m. to say goodbye to these gentle pachyderms. On Saturday, it’s a festive event of live music, artist interviews and workshops through the day. Then, the Grand Auction to bring any these elephants into your home will be on Sunday, Nov. 17th from 2:00 p.m. – 6:00 p.m.

Until this week, the Elephant Parade was far-flung across the Dana Point landscape with elephants dotting every major resort, park, harbor sidewalk, shopping center and even grocery stores. They moved around, too, leaving kind signs behind them to note that they might have decided to move from the park view to the harbor for some fresh ocean air, or that they’d decided to tour L.A. to visit a few fine dining establishments. This week, however, they began to converge … as a herd … in the park across from the Marriott Dana Point Resort.

On Monday when I went for my usual park and stair run, there were about 25 smiling elephants grazing on the park grass and posing for photographers and toddlers with eyes-this-big. Today (Wednesday), the herd had grown to more than 40, and I’m sure many more will be joining the before Sunday’s auction.

If you have any love in your heart for the gentle elephant, please take the time to go to DanaPoint to see these amazing creations. Each has its own story, and many are created by the hands of celebrities, world renowned musicians and global peace leaders.

I will miss these lovely pachyderms when they are gone. 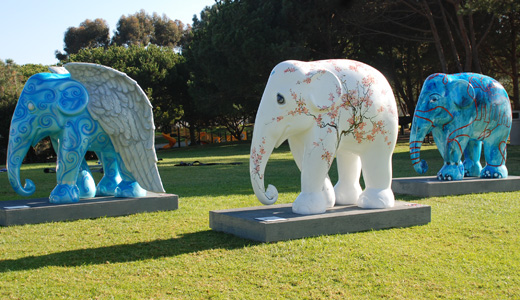 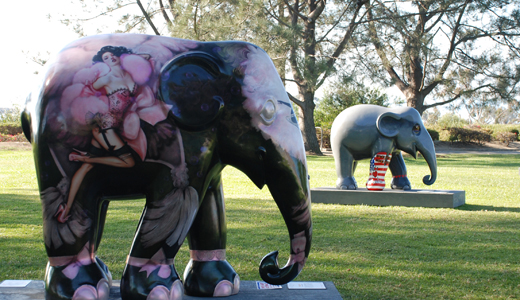 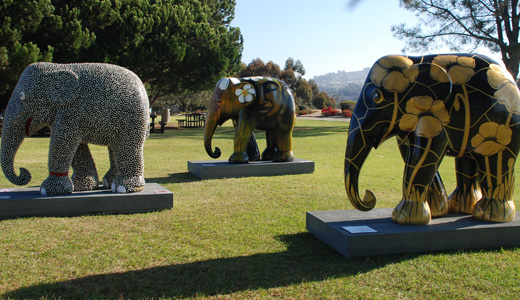 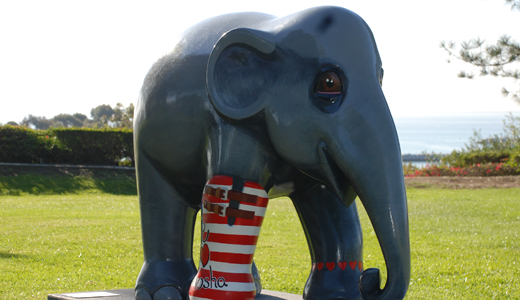 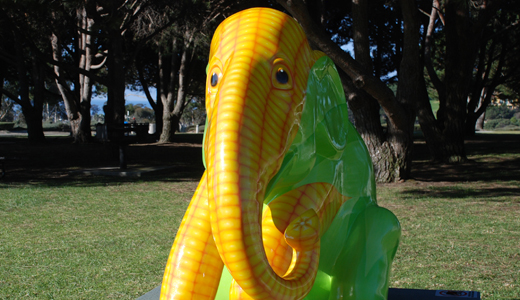 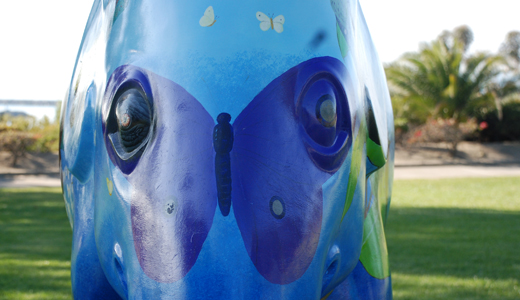 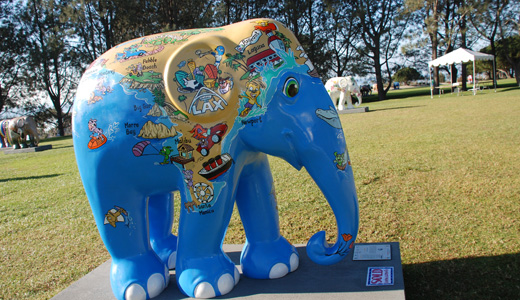 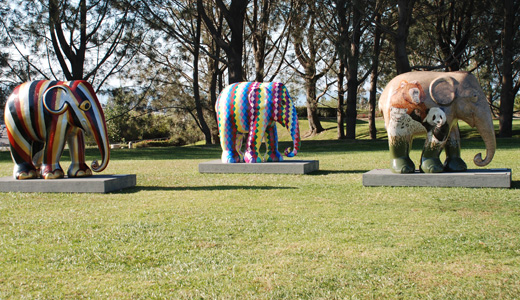 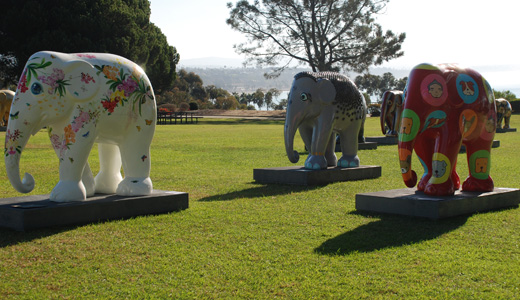 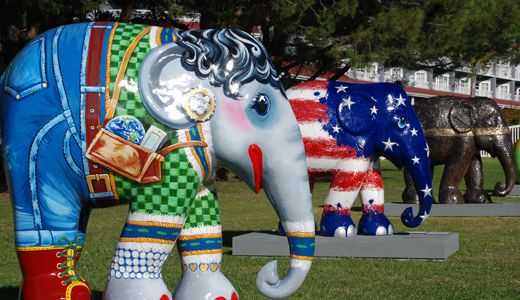 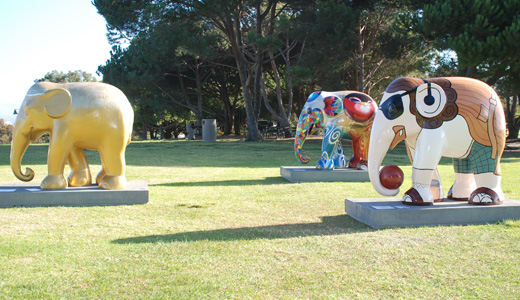 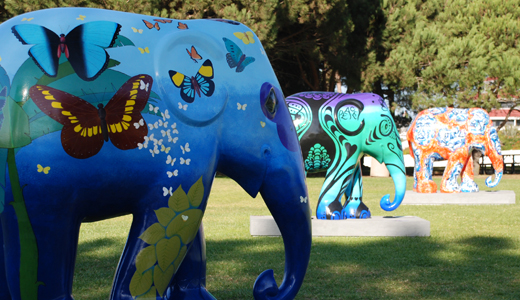