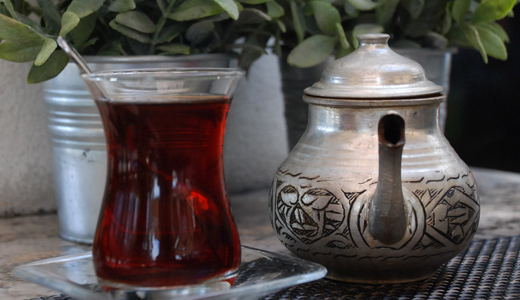 For nine years now, the two husband-and-wife teams of GG’s Italian Mediterranean Bistro have managed to keep the life in the main level of this 540 South Coast Highway complex.

GG’s Bistro splits its restaurant between a lovely in-house dining and bar establishment tucked in the corner, and an upfront patio dining experience.

While GG’s has become a locals’ favorite for lunch, happy hour (M-F) and dinner, I particularly love GG’s for Sunday morning breakfast. It’s the only day they serve breakfast, and it feels like a special treat every time I wake up on Sunday morning with the prospect of GG’s in my mind.

Some days at GG’s Bistro, I’ll just pop in for their Turkish coffee or tea, and enjoy their fresh baked baguettes with homemade strawberry jam (they even prepare gluten free bread). For me, it feels that I’ve nestled myself into a streetside café in Europe, and that ambience alone is enough to make my day. But, in most cases, I can’t pass on the many great dishes GG’s Bistro serves up.

It All Started in a Turkish Fencing Factory …

GG’s Bistro came about when two brothers, Bulent and Ragip Gundogar, decided it was time to get out of their successful fencing factory business in Turkey and do something else. In fact, not only were they ready to do something else, they were ready to move somewhere else, too.

For years, the brothers and their wives (Hande with Bulent and Franziska with Ragip) had visited friends and family in Florida, but they all fell in love with California after a cousin had moved to San Diego. Convinced that their good partnership in the commercial industry could parlay to commercial cooking, the two couples decided they’d open a restaurant in Southern California together, and in September, 2004, they up and moved!

Fortunately for us, they not only proved their hypothesis on running a successful restaurant, but they also chose Laguna Beach instead of San Diego to set up shop.

Owned and Operated (Daily) by 4 Gundogars

“Laguna Beach has such a European flair, and there are many European and Eastern European people here, “ says Ragip. “It just felt so comfortable for us that both of our families moved here nearly as soon as we discovered the town.”

Undoubtedly on any day of the week, you will find one, if not all of the Gundogar owners here – Hande is the lead server, Francesko is the official greeter and backup server, and Bulent and Rogip man the restaurant and bar, often jumping into the line to help with the cooking when needed. 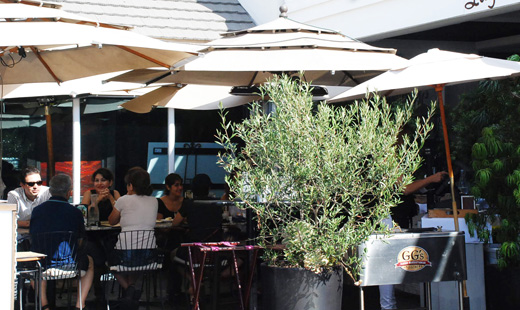 While they continued to look for a restaurant space up and down the coast, they fell into their current location just two months into the search. By February 2005, the brothers in fencing had become brothers in sauces and skillets. “

As soon as we signed the lease, we hired a Turkish Culinary Art teacher,” says Ragip. “He helped us for a month or so in establishing our menu and training us on the line. Obviously, it was invaluable to us!”

But what shows up is quite the delectable treat. The ingredients are super fresh, the eggs are whipped light beyond belief and the hash browns are officially the Eighth Deadly Sin. They are buttery, rich and crisped just perfectly. 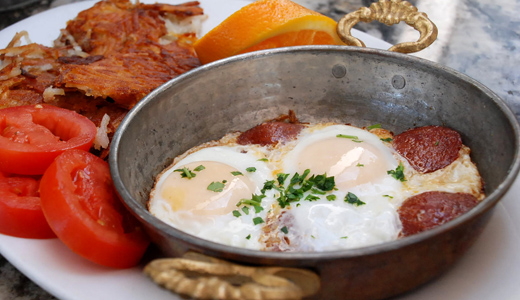 The Turkish Pan Fried Eggs arrive still in their pan, nuzzled next to perfectly grilled Turkish sausage and a heap of hash browns. It’s easily my favorite on the menu.

The GG’s Omelets are healthy affairs, too, and subdivided by country (French, Italian, American, Mediterranean, etc.).

The Mediterranean Plate is another crowd favorite, heaped with Feta cheese chunks, Kalamata olives, cucumber slices and Mediterranean style Roma tomatoes. It’s served with several triangles of freshly baked pita bread. I haven’t tried their popular pancakes yet, but I’ve dug into GG’s French Toast and am happy to report that it’s just like my Mom used to make (only GG’s is friendlier with the powdered sugar, Mom).

“We didn’t know anything about running a restaurant really,” says Ragip. “But, we loved to cook and interacting with people, so we figured it would come together pretty well.” 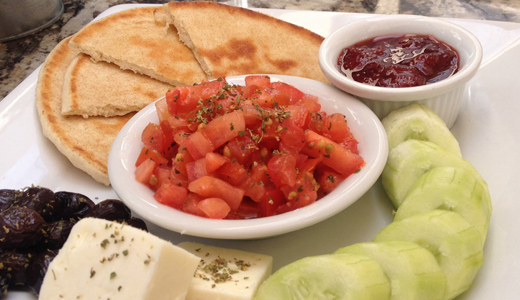 The many, many repeat patrons will tell you that GG’s is doing more than just “pretty well.” The servers are unhurried and they have no intention of bustling you along. The music overhead is a mix of light classical and Parisian. The diners tend to be European themselves, and they sip and sun and talk world news in their lovely accents. Were it not for the lazy Sunday traffic passing by on PCH below, you might think you’ve actually found your way to Turkey instead of the other way around.