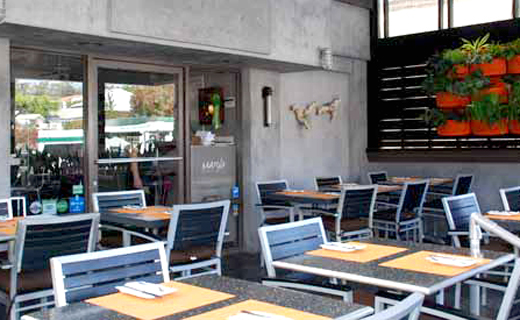 While we all love Maro Wood Grill, something really special happens on the 29th of every month (that would be tomorrow, Wednesday, if you’re paying attention). It’s Gnocchi night! Actually spelled the traditional way – “noquis” – in this Argentinian foodie café, Chef Debra Sims came up with the idea as a bow to prosperous tradition.

Legend has it that in the 9th century, a doctor named Pantaleon traveled Northern Italy performing miraculous cures. Once, when he asked some farmers for a piece of bread, they invited him to sup at their poor table, instead. The grateful doctor announced an excellent year of fishing and crops, and the prophecy was fulfilled.

St. Pantaleon was later consecrated on the 29th, and that day is since remembered with a simple meal represented by gnocchi. Somewhere along the way, people began to place money under the plate to attract luck and prosperity to the diner, too.

I’m not sure that I’ve checked under my plate during Gnocchi Night because what Chef Debra serves atop that plate makes me feel abundantly lucky enough. Each month, she prepares a different house made “noquis,” and each is a taste treat treasure. It happens every 29th of the month unless the 29th falls on a Monday when the restaurant is closed. You’re in luck this month, though! (See, your luck is already on the increase!) best make reservations at Noquis Nights are quite popular with regulars: (949) 703-4044.