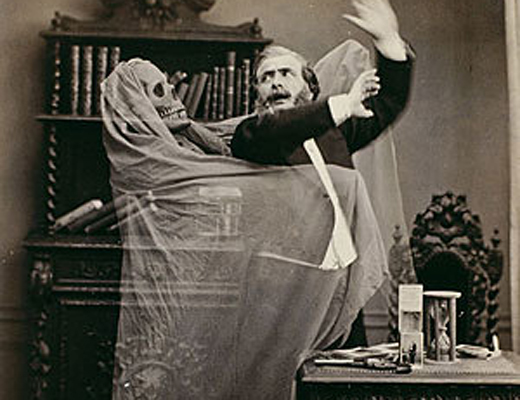 It’s hard to believe that we’re already at the end of October, but trick-or-treaters will be on our doorsteps in just one day (and chances are they’re going to be starting tonight, so stock up!)

So where are the best Halloween parties this year?

Sadly, Bruce White’s Dead Man’s Party, normally at the White House these last few years, has returned again to its coffin … ha, just checking to see if you’re paying attention … it’s returning to its private party status. Bruce isn’t even disclosing the location until the day of the party, Oct. 31st.

The White House is recovering with two nights of play. (Actually, it all started last night (Thursday) with a late showing of the Rocky Horror Picture Show.) On Friday, Oct. 30th, The Fright House will be in play, the White House’s own version of a haunted bar. And, on Saturday evening, it’s the House of Horrors Halloween Party. Each evening starts live music at 9:30 p.m.; if you’re dressed in costume there is no cover charge.

Mozambique is back with its annual Halloween Costume Contest. Wear a costume and your cover fee is waived. Costume contests include cash and gift prizes, and drink and shot specials will reign all evening long. The 1980s “flashback band,” Past Action Heroes will be doing its usual crowd-pleasing, sing-along favorites beginning at 9:00 p.m.

In central downtown, The Marine Room is taking it back to the 18th century with a Masquerade Ball. A Victorian Halloween includes dancing, specially-priced drinks, and a $300 cash prize for the best costume (hint: Victorian vintage). The phenomenal band, Robert Jon & The Wreck, will be playing from 9:00 p.m. forward, with the party itself concluding at 2:00 a.m. (At which time, I’ll have already turned into a Halloween pumpkin.)

And, if a bar costume party just isn’t your speed, consider The Cliff’s Halloween Bash, where Nick I plays 7 – 10 p.m., and DJ Lucas Earley takes it from there till 1 a.m.

Enjoy celebrating All Hallows’ Eve and stay safe out there!