Great Costume This Year? Here’s Where You Need To Be Circulating … 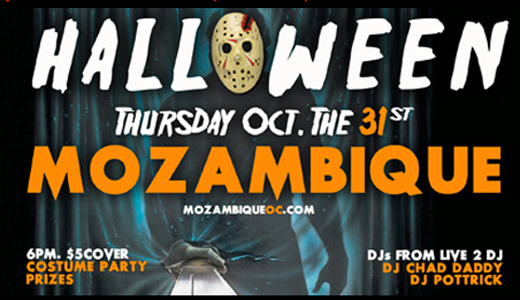 Years ago, I had the most awesome costume – I was a Bleeding Eyeball, compliments of an industrial PVC ball that covered me head to knee. It was fabulous. I spent the entire Halloween week circulating to every commercial costume party I could find and winning every contest. The next week, I greedily counted my prize money and restaurant gift certificates and cackled like Boris Karloff all the while.

If you have that kind of winning costume this year, here’s a list of the every worthwhile costume party in Laguna Beach tomorrow night:

Look, I don’t know if all the neighbors on these two Halloween-crazed streets actually have a name for what they do every year, but I think any new home buyers in this particular geographic location should be warned in advance that they will likely be required to spend thousands in Halloween decor and at least another $1,000 in annual candy bags.

As this is primarily a kids’ event, the Brooks Street/Oak Street Halloween thing starts early. All the better reason for you to get out there in your costume in broad daylight to test it against the masses. Consider this your “costume party free pass.” You figure in two hours’ time, you’ll be coming across at least 7 million kids and their parents/guardians/older siblings, so you’re bound to get some very decent feedback before heading into the “pro” costume party circles later.

2. Little Shop of Horticulture at the Montage

After the Testing Ground stop, make a beeline for the Montage’s Gala party sponsored by Laguna’s Beautification Council. (2 HINTS: Don’t show up as a Steve Martin dentist. If your costume possesses any greenery, you’ll be awarded bonus points immediately, I’m quite sure of it.)

The party rolls from 5 – 9 p.m. with ticket prices at $125. Well worth it, given the amazing line up of appetizers, drink, a full dinner and ongoing live solo and band entertainment. Costume judging occurs between 5:30 and 7 p.m.   More details here …

Doors open early at 6:00 p.m. for this popular costume party with popular guest DJs. This year, it’s DJ Chad Daddy and DJ Pottrick taking to the stage at about 7:30 p.m. or so. If I were you, I’d show up around 8:30 p.m. so that plenty of eyes can feast on your innovation. Costume judging normally occurs around 10:00 p.m.

4. The GrandPappy of them All: Dead Man’s Party, White House

From Mozambique, totter yourself down to the White House Restaurant (recently redubbed “Fright House” I noticed), where doors open for the 26th Annual Dead Man’s Party at 9:00 p.m.

Uhmm … actually not “doors” … the creepy tunnel opens at 9:00 p.m. It’s worth manning your way through the tunnel, though, as you will be joining many, many revelers for the Costume Ball with live music by Party Foul. Costume PARTY but no Costume JUDGING here. Founder Bruce White says that costume contests give him the creeps. OK . . . this coming from a guy who carts in an old fashioned electric chair as part of the decor. I guess if it’s your party, you definitely get to make the rules!   More details here …

SAFE RIDE taxi transport available all Halloween evening throughout Laguna Beach.
FREE taxi transport occurs within a 3-mile radius, so you should be able to scoot easily between most of the restaurants on Halloween night without getting behind your own wheel. Safe Ride also provides discounted rates to revelers traveling outside of the 3-mile radius. Call for your reservation in advance at 949-715-7777.