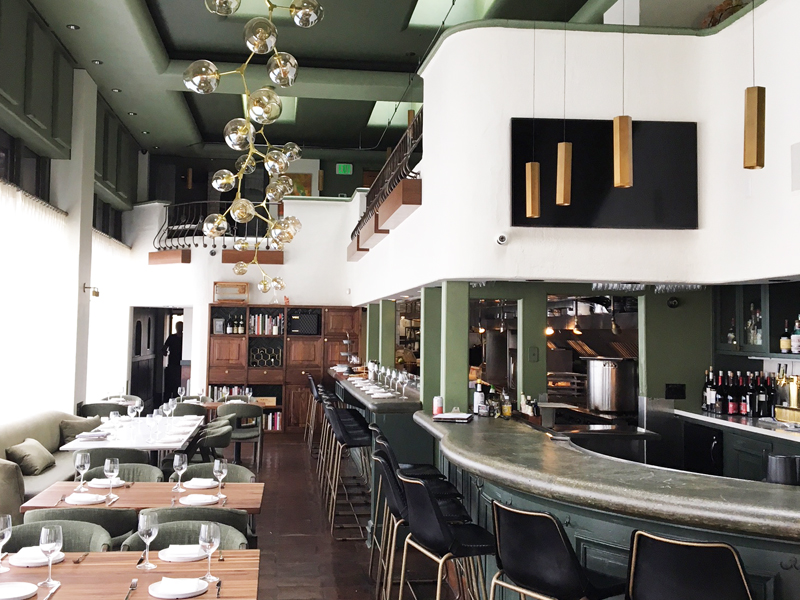 I so enjoy meeting new chefs of new restaurants in Laguna Beach … especially when you get a sense they’re going to be here for a while … and particularly especially when he or she turns out to be one cool cat.

Check both of those boxes for Owner Chef Greg Daniels of Harley. 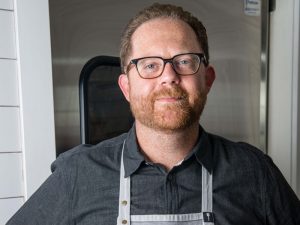 On Wednesday, Chef Daniels gave me his “proud papa” tour of the new digs and chatted about the new menu. Harley is in Chef Ryan Adams’ former 370 Common space, and officially opened last night (Thursday). The restaurant will be serving seven days a week, 4 p.m. to 11 p.m., and opens for brunch on Saturdays and Sundays at 11 a.m

Fellow Chefs Helped Seal the Deal
Although the deal was sealed mid-summer, Greg officially took the reins from Chef Ryan in late September. “Our kids are attending Anneliese now, and my business partner lives in Irvine Cove, so I was looking for a new space around this area for a while,” he explains. “I still think it was an incredible lucky moment when I found out I had an opportunity in Laguna Beach.”

As it turns out, great chefs find a way to connect with each other, and it was the connection that proved the deciding factor.

Longtime friends with Chef Ryan Adams, Daniels began discussing options for the Laguna space as the two worked within a block of each other in the city of Orange (Daniels had initially opened the renowned Haven gastropub there, and Chef Ryan recently opened Buttermilk, his popular fried chicken concept). 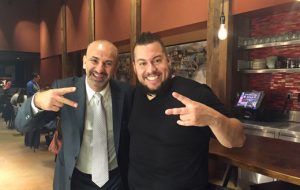 Chef Amar Santana and his business partner, Ahmed Labbate (Broadway by Amar Santana) proved valiant and true as well, encouraging, prodding and helping Daniels along the decision path to staking his claim in Laguna Beach.

“Amar is really the reason why I’m here,” says Daniels. “He kept talking about the synergy we’d have between the two restaurants here on Glenneyre. I really leaned on the both of them to help me build a smart business plan for the seasonality here.

“A number of chef friends have dropped in and welcomed me,” says Daniels. “There’s really nothing to explain how great it feels when you know you’re surrounded by people you truly like and admire.”

Some Old, Some New
The space is the same, of course, but the vibe is significantly changed up. Now with walls painted a soft green, and chairs (along with a long sofa) in soft green, too, the design is now mid-century modern … for a reason.

Noting that the restaurant is named after his grandfather, Daniels says that he spent most of his growing up years after school at his grandparents’ house.

“It was that classic early ’70s living room with the green walls and green shag carpet that all of us grew up with. It became my favorite color.

“For me, the color is very homey and comforting, and I wanted this place to feel warm and inclusive … like you’ve come home.”

While the décor might be different, you can expect to see many familiar faces. Chef Daniels gave every 370 Common staff member the opportunity to interview for Harley, so you’ll see local favorite bartender Ryan still in the same place he always was. Another six returned to take up their former jobs in serving, bussing and cooking.

And the Menu?
Explaining that he’s designed this menu with dishes that are “simple but approachable,” Daniels’ menu items are only sourced from organic farms, ranches and rod-and-reel enterprises. And, yes – these menu items should prove a welcome breath of fresh air to locals who are looking for something as unique in food options as this seaside town they chose for their own. 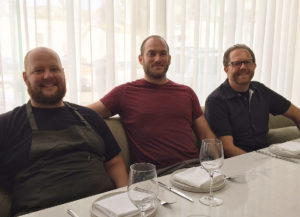 Watch next week for my review of said food, along with details on Chef Daniels’ two longtime compadres in the house, Chef de Cuisine Landon Pulizzi and Somm star Andrew Merritt.