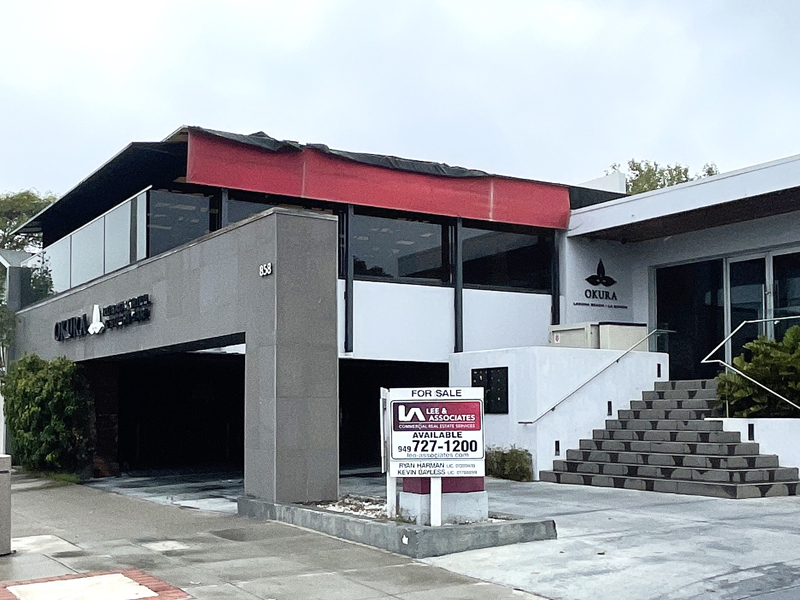 As of this past weekend, it’s official: The longtime local favorite, San Shi Go, is taking up residence in the old Okura building at 858 S. Coast Highway.

The San Shi Go “elves” have already been busy at work at the new location and Owner/Principal Koichi Sakamoto says they hope to open by July. “We’ve lived and worked in Laguna Beach for 32 years,” said Koichi. “Our customers have become our family. We knew we couldn’t leave this town.”

San Shi Go startled the community with its unexpected closure on Feb 28th in the HIP District. 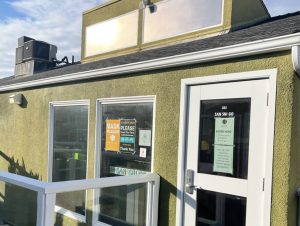 San Shi Go was a foundational element in the HIP District since late 1989.

The restaurant first set up shop in late 1989 when the old Pottery Shack was still in business and its only food-and-drink neighbors were Gina’s Pizza (1975), Wahoo Fish Taco (1988) and The Sandpiper (the grandpappy, established 1942). The sushi restaurant, with its friendly staff and innovative chefs quickly made a name for itself, attracting a steady stream of locals and visitors, alike.

“When San Shi Go closed, everyone started calling me,” said Commercial Broker Ryan Harman with Lee & Associates. “This was a hard hit for our community because so many of us practically grew up going to San Shi Go,” he said. “There was a lot of interest in helping Koichi and his team out so that they’d continue to be a part of Laguna Beach. This was one of those great cases where it was so important to a lot of people to help them find a way,” he added.

The Okura restaurant, which also featured sushi, closed in November 2019 after a multi-year stint.

“We really enjoyed working with Okura, but they felt it was better to move on,” said the landlord.

Even through the long months of the pandemic, several restaurant concepts considered the Okura location as it is one of the largest restaurant pads in the city. “There were a variety of concepts, from Mexican to Italian to a fish house to everything in between,” noted Harman. “But when the landlord got together with San Shi Go, everything just clicked.”

Added the landlord, “The community was so disappointed when San Shi Go closed. I’m looking forward to the re-opening of a neighborhood favorite.”

The square footage at the new location is nearly double that of the former San Shi Go space. “At the old space, we didn’t have much room for group events or private parties, but this new location gives us three different sections with the furnished patio, the large dining room and the bar,” said Koichi

“The patio, alone, can seat nearly 50 people, so even if restaurant restrictions continue, we’ll be able to safely seat a much larger number of our customers,” he added. 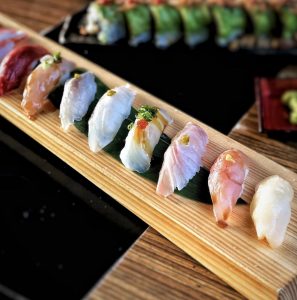 San Shi Go’s famed sushi will be back in play in Laguna in a matter of weeks.

Koichi says that the expanded space also allows for an expansion of their menu. While the ever-popular sushi chefs are working out new menu items, the team is also looking to bring on an additional chef to help with the expanded space.