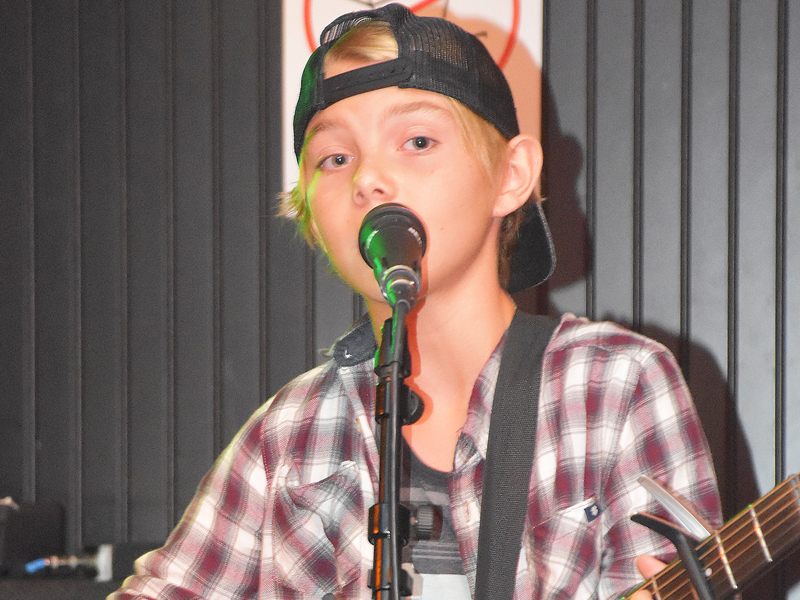 Francois Dean, one of Hollywood’s “most wanted” musicians and producers, hosts the event with his own hand-selected musicians, and it’s simply an event of beauty. The talent coming in from all points of Southern California is just incredible.

Last month, Mozambique’s owner, Ivan Spiers, decided to begin an earlier Laguna Voice contest for kids, aptly calling it Junior Laguna Voice. I trotted down to see its debut last month and, frankly, couldn’t believe my ears. Although the contest is limited to kids between the ages of 7 and 17, many had the pipes to compete against the adults. It was truly surprising.

On July 18th, August 15th and September 12th, the monthly kids’ contest takes place again with six kid and teen contestants taking the stage. These kids will be treated to sound mixing, lights and Grammy-award winning backup musicians as they compete for cash prizes. Even Mozambique’s real time Live Stream on the website will be recording and streaming each performance to the world.

It’s really quite an opportunity for these kids. Come on down, and bring the family!

“You’d think they’d all be choosing simpler pop songs,” says Spiers. “But most of them come in singing these giant songs … last month, we had a 12-year-old girl, Chelsea Snow, sing Giacomo Puccini’s Vissi d’arte from the opera Tosca. It was stunning.

“All the adults in the room just sat there with their mouths hanging open,” says Spiers. “It’s unbelievable how much poise these kids have.”

Instead of relying on audience “clap-o-meter” as Spiers did last summer with a more casual “open mic” event, professional musicians are coming in to judge the kids and offer feedback. Tonight in the judges’ seats, expect to see an American Idol finalist, a Voice finalist, and a singer/songwriter/producer who’s won Orange County’s Music Award three years in a row.

Make a Night of It – It’s Worth the Stay!

Mozambique’s Junior Laguna Voice will conclude at about 7:15 p.m., with Francois’ phenomenal band taking the stage between 8:00 and 9:00 p.m. Then, the “adult” Laguna Voice gets underway with 6-8 contestants vying against each other to take their place in the month’s finalist showdown on the last Tuesday of the month.

“At the end of each month, we pit that month’s 1st and 2nd place winners in a contest and raise the cash stakes,” explains Spiers.

“But next month, we’re starting something even bigger for our contestants,” he hints.  “I just think it’s time that we help these rising stars create a real career path for themselves.”

As the stakes look to be getting higher, and as the talent continues to soar, Spiers is actively seeking celebrity and pro musicians to help judge the Laguna Voice portion in weekly and end-of-month, and even at the grand finale 3-month event planned in early November.

Every Laguna Voice event occurs on a Tuesday night (except Halloween this year), and anyone interested is certainly not required to sit for an entire season – Spiers says that even donating one’s times to a single event is appreciated. Inquiries can be made to Info@MozambiqueOC.com