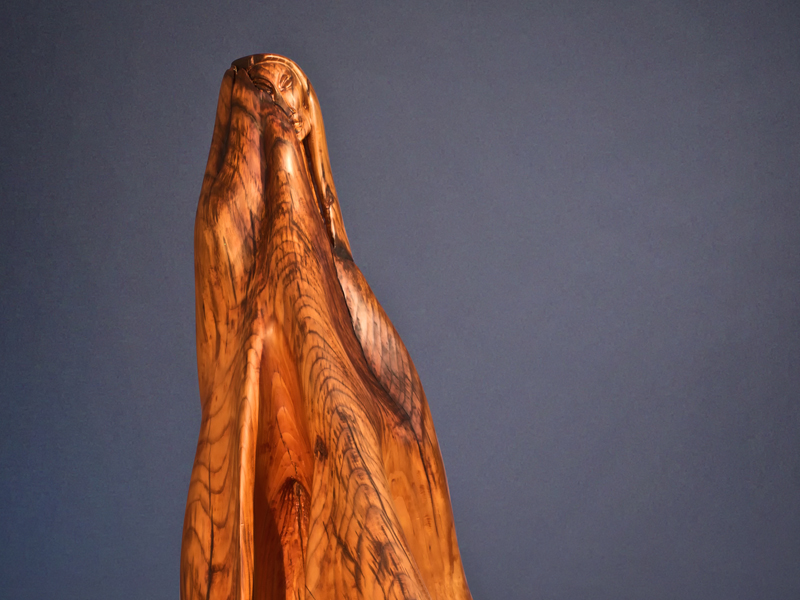 If you grew up in Laguna Beach or spend any time at the Orange Inn, chances are you know Kaj Garmshausen, one of the friendliest, happiest souls on the planet. I’ve written about Kaj before as he’s an incredibly talented artist in both pen-and-ink drawings (Santa cards coming up!) and in the phenomenal wood sculptures he crafts. (He’s also one heck of a surf instructor, introducing literally hundreds of people to the art of surfing over his years.) 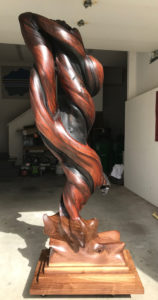 Kaj has been carving since he was a kid, but only recently decided it might actually prove a source of income.  On Sunday, Nov. 18th, he’s doing his first artistic show as he’s joining forces with fellow Laguna artist Alexandra Neptune from 3 -7 p.m. at the Neptune School of Wine at 3315 Hyland Ave, Costa Mesa. This event will feature at least 12 pieces, including one I saw emerging from a giant block of wood just a month ago. A self-taught artist, Kaj says he favors California native woods and his pieces reveal his love of the California coast as many carvings are simply derived from driftwood he finds in various pockets up and down California. 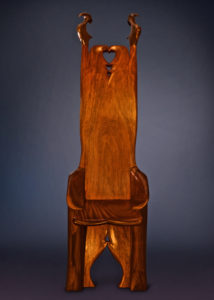 As a side note – a couple years ago, I put Kaj together with my great friend and photographer, Mike Altishin, and the two hit it off like brothers. In fact, they LOOKED like brothers, which I’d not realized until they sent me this photo of the two of them during one of the photo shoots. The two became fast friends with many photo shoots and ocean swims to follow. Sadly, Mike passed away this year in February, but he left behind a portfolio of Kaj’s amazing work, which will also be at the Sunday event. 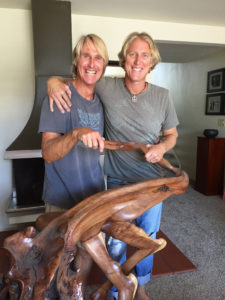 Come on down and support two Laguna locals … and the debut of a very deserving Laguna-grown artist!