K’ya Bistro Giant Small-Plate Menu is a Giant in Gourmet, Too 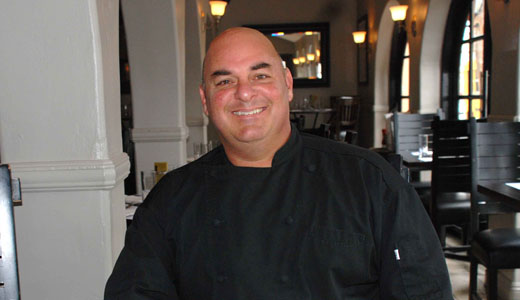 When people ask me about my favorite restaurants in Laguna Beach, I mention my top five. K’ya Bistro – on the lobby level of the Casa del Camino hotel – is one of them. In fact, I’d even go so far as to say it’s in my Top Two.

I’ve waxed euphoric about K’ya’s Chef Craig Connole to the point that people have accused me of being married to the guy (sorry, he already has a lovely wife), or being paid copious amounts of money under the table (nope, not a dime). I simply believe that when Chef Craig arrived in Laguna Beach and partnered with the ingenious Chris Keller, he took great dining to a whole new level in this town. I know a lot of people agree with me.

In 2005, Chef Craig Connole (who is probably the most relaxed, non-chef-acting chef I’ve met) took over Savoury’s. He quickly introduced an entirely new menu that he describes as “initially Pacific Asian with some Nebraska thrown in.” And, after the economy took its first hit in 2009, Craig shifted the entire menu to small plates.

“I had actually started a restaurant in Las Vegas in 2004 with only small plates and it was a big hit,” says Chef Craig. “So, when I started K’ya, I had a small inset in the entrée menu that offered small plates. Then, when 2009 hit, we decided to take the entire menu to ‘European’ small plates.
“The menu worked really well right away, but a lot of the regulars were like, ‘Put that small plate item from your first menu back on the menu RIGHT NOW,” he says with a big grin. “So, my initial French/Euro idea for my small plates menu expanded to … uhmm … more of an international, whole-world thing.”

52 Small Plates, Giant Foodie Flavor
Unbelievable, yes – every night, K’ya Bistro offers at least 52 small plate menu items, all priced between $4 and $10. For the record, food arrives on a small plate, yes. The servings, however, are far from small; most can be easily shared.

Now, some people look at this enormous menu and feel immediate overwhelm. Take heart. Just look and point – you absolutely cannot go wrong no matter where your finger lands.
Somehow, the gifted Connole has managed to create a truly memorable eating experience in everything he puts on this menu, from “Snacks” (unbelievable Chicken Empanadas, Smoked Salmon & Potato Cakes and delectable Sweet Potato Fries) to flatbreads, at least 12 inventive salads and entrée salads, and the largest line up of soups you’ll find anywhere in Laguna Beach. 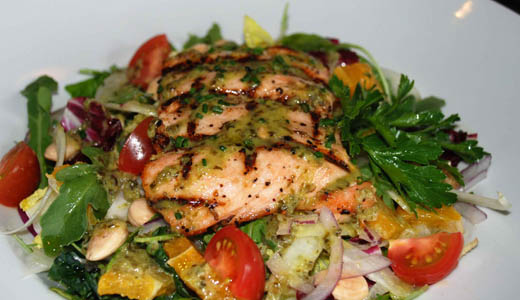 (I once voted Chef Craig’s White Bean Cassoulet the best soup in all of Laguna Beach. It was so magnificent that just thinking about it brings tears to my eyes. Sadly, he removed it from the menu about a year ago. I still haven’t recovered.) 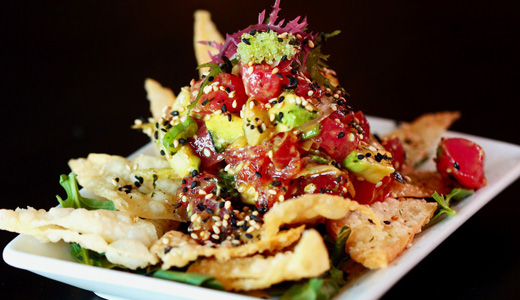 Craig’s fish and seafood dishes include the must-have Hawaiian Ahi Poke and Flash Fried Calamari in Thai Glaze (this isn’t like any Calamari you’ve ever experienced in your whole, entire life). But you can’t stop there, for heaven’s sake. This portion of the menu alone also features my favorite Hibachi Salmon, as well as Cajun Shrimp and Bacon Wrapped Scallops that are nearly the size of your fist.

If fish isn’t your style, just mosey on over to six or seven pasta offerings. Chef’s Lobster Mac ’n Cheese is a best seller for good reason, but I recommend you try his Lobster & Truffle Risotto (oh my).

Or, take a gander at the rambling meat and poultry aisle of K’ya Bistro’s small plate menu decadence, including my favorites, the Braised Beef Short Rib, the decadent (and top seller) Grilled Filet Mignon and the Grilled Lamb Chops. 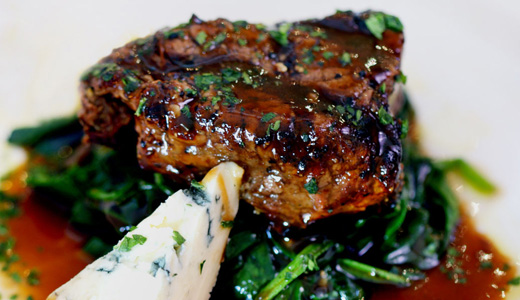 Oh, And There Are Nightly Specials, Too
If you can find absolutely nothing to your liking on this veritable map of foodie love, just point at the chalkboard that lists the evening’s special and ask for whatever’s there. One of Chef’s most popular specials (and now one of mine) is the Lobster Meatballs With Mushroom Risotto and a Lobster Curry Sauce. Another fan favorite is the Halibut Special – Crab-Crusted Halibut on Mashed Potatoes with Lobster Sauce. 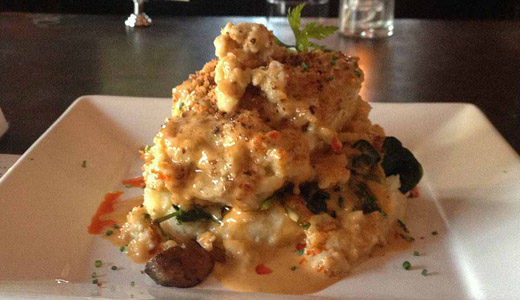 “Actually, the Lobster Meatballs were on the menu for a long time, but they didn’t sell,” says Chef Craig. “So, I took them off the menu and made them a special every so often, and people stand in line for them now.”

Chef Craig is always happy to add new items to the menu, but his initial plans to switch out a great deal of the menu seasonally ground to a halt when regulars stepped in again.

“We have so many regulars now that if you take two or three items off the menu to make room for new items, they notice,” says Craig. “They REALLY notice. And we do like to keep our regulars happy. So, I’ve learned to approach menu changes with healthy respect and considerable reserve.”

I have no idea how Chef Craig creates this vast cornucopia of impeccable food. Further, I really have NO idea how his kitchen is able to come up with all these dishes in their tiny little apartment-sized space. Seriously, the K’ya Bistro kitchen must be the smallest commercial kitchen in Laguna Beach, yet these chefs and line cooks provide all the food for K’ya, AND Craig’s popular Rooftop restaurant, as well.

As most locals here know, Chef Craig’s talent doesn’t stop with the two restaurants in this building. He also operates House of Big Fish & Cold Beer, and is part owner and chef of a hotel/restaurant in Anaheim, American Tavern Eatery & Drink, too. (For cryin’ out loud, does the man sleep?)
“It doesn’t seem chaotic to me at all,” says Chef Craig. “I’m doing what I love to do, and it doesn’t get any better than that.”

K’ya Bistro is a favorite locals’ hangout, and the bar sits in the lobby with just 8 or 9 chairs. These are not chairs anyone gives up easily, but just standing at one corner of the bar will provide plenty of conversation. (By the way, as Chef explains it, the bar wasn’t meant to be in the lobby – it was actually a temporary move while management revamped the actual restaurant itself in 2011. But, it proved so much more popular in its temporary locale that Craig and business partner Chris Keller finally just shrugged and let it be.
The bar has a “stay” for a few more months from the City of Laguna, and then Chris and Craig will again revamp a portion of the restaurant to accommodate the bar.

Turn the large “small plate” menu over and you’ll find a vast array of wines and beers that have recently been “snazzed up” (per Craig). And, talented Mixologist Sarah Dacey is always creating new magical potions with an ever-changing cocktail list.

The restaurant itself is a bustling, somewhat crowded place. While nothing near the cramped tables of some Laguna restaurants, don’t expect to show up on a busy night with hopes of having a quiet, romantic dinner. While the noise is a … sophisticated noise … there are a lot of happy, chatting people here.
I can assure you, your visit to K’ya will have you pretty darned happy, too.