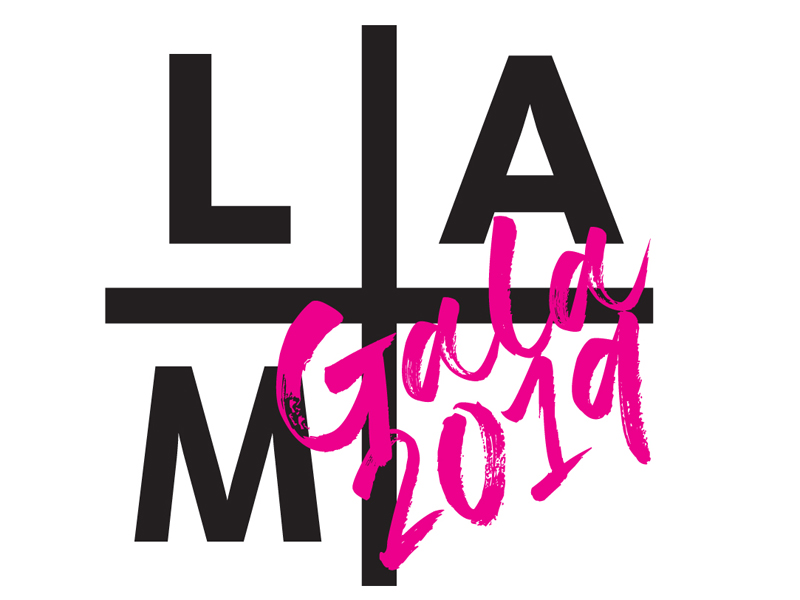 Laguna Art Museum’s history and future is being celebrated again this coming Saturday, Sept. 21st, when the Laguna Art Museum Gala takes place at the Festival of Arts grounds.

Last week, I wrote an article about the Museum’s history and reasons for the expansive shift to the Festival Grounds last year for its Centennial Gala. Now that you have the basics under your belt, let’s take a moment to highlight the gala’s special moments and people.

The evening’s reception begins with hors d’oeuvres from Créme de la Créme and a signature cocktail from Broadway by Amar Santana (Tequila! Great start to an evening!).

While guests gather over hors d’oeuvres and wine tasting tables, electric violinist Yennie Lam will be wandering through the crowd while Wendt Award recipient Lita Albuquerque will be doing an installation performance with her daughter, Jasmine Albuquerque. (Sorry, no hints on what this might be, but the long-time friend to LAM has certainly provided beautiful and memorable performances in the past.) 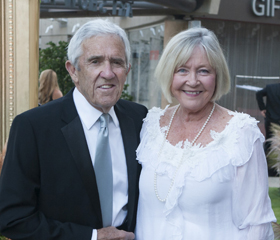 While Albuquerque will be receiving the esteemed Wendt award later in the evening, the gala will also be spotlighting Honorary Chairs, Jane and Joe Hanauer.

“Jane has been the Secretary of our Board for years, and she’s been involved in a number of committees over that time, too,” says Malcolm Warner, the Museum’s Executive Director. “She’s really one of the most talented and charming people I’ve ever met. And, she has a fabulous sense of humor,” Warner notes. “Jane has an innate ability to propel things forward and make changes happen, and really doesn’t even notice how truly adept she is in those roles.”

Warner continues, “Joe Hanauer has only recently joined our Board, but he’s already provided such an enormous service to the Museum.

“Joe was instrumental in setting up the matching grant with the City of Laguna Beach for building improvements at both the Laguna Playhouse and the Laguna Art Museum. What could have been a complicated process and procedure was something he helped construct quite beautifully and seamlessly. He’s such a gift to our city,” says Warner.

Once seated, Ocean at Main’s Chef Craig Strong will be providing the evening’s main entrée with his famed ginger-braised beef short ribs, while Créme de la Créme bookends the entrée with the evening’s first course and desserts.

If you’re attending, perk those ears for the background music playing during dinner – it’s a specially curated collection from Malcolm Warner. “It’s sort of lush and romantic,” says Warner, a bit abashed. “It ranges from a sort of instrumental Latin American vibe to jazz that phases into exotica,” he says with a grin. (If you miss the music, no worries – the curated playlist is available in each attendee’s swag bag on departure.)

KNBC Weatherman Fritz Coleman (the surprise comedian) will also be providing entertainment through dinner, undoubtedly warming the audience for award presentations and the live auction to follow.

There is no silent auction at this gala. And, aside from a paddle raise, there are only three live auction items …which means these could be quite fulsome.

While the lid remains on the first two items, the end game hints of a super-exclusive VIP trip with Warner and Albuquerque to Manhattan studios and museum tours that aren’t normally accessible.

“I’ve never been auctioned off before,” offers Malcolm. “I’m hoping all eyes fall on Lita being along on the trip as the main draw,” he adds wryly.

The three lucky auction winners can then join their fellow guests on the dance floor to dance the reminder of the night away. (And whatever you do, dear gala attendees, be sure to grab your swag bag on your departure. You’re definitely going to want to see what’s inside. Some individual and table tickets are still available at: https://lagunaartmuseum.org/events/gala-2019/