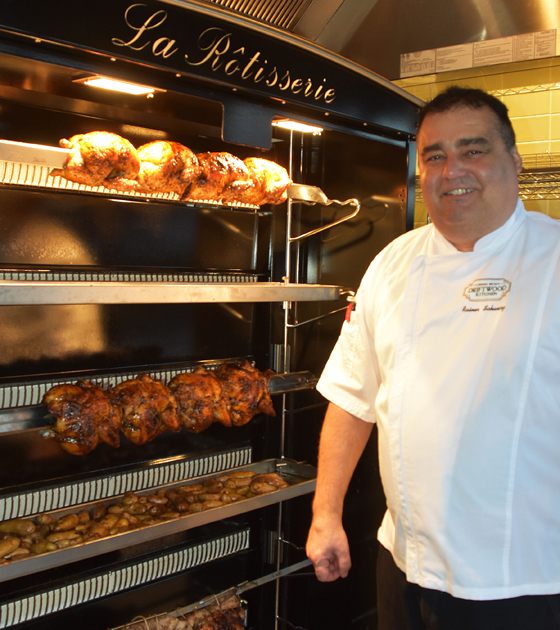 In these last several years in my work with chefs and restaurateurs, there’s nothing I love more than talking with them about a vision they have for a restaurant and, then, seeing that vision eventually realized in solid reality. It’s no wonder that restaurant development has become such a passion of mine – the passion THESE people have for creating something from the ether is contagious!

Two Years Ago, Just an Idea in Chef Rainer’s Head

Case in point: Nearly two years ago, Chef Rainer Schwarz of The Deck and Driftwood Kitchen began chatting with me about the next restaurant he was going to create. He and his team were already up and down the Southern California coast, sampling different locations and talking with commercial Realtors. 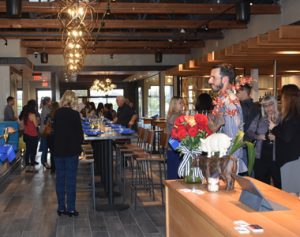 Finally, last June, they settled on their place, and it was mercifully just three miles from Laguna’s south border. (I love this guy! I didn’t want to see him disappear to Santa Monica!) In short order, the team had taken over the old Fred’s Mexican restaurant location, perched right next to Cineapolis on the Laguna Niguel side of Camino del Avion.

Significant renovations began and, as I talked with Chef every couple of months, he’d roll his eyes and extend the deadline for opening just a smidge more.

Finally, I was invited to a media pre-opening dinner last Tuesday night. The restaurant opened to the public this past Saturday evening.

There was nothing more exciting than to see all those notes I’d jotted over all our many chats come to life, at last!

It’s hard to believe that Fred’s even existed in that location. Hendrix is beautifully remodeled with Chef’s promised rotisserie right up front for all to see. He’s also added a phenomenal grab-and-go section with wines, pre-packaged salads, rotisserie options and his soon-to-be famous cornbread at the front of the restaurant.

“All-American” Food … If You’re a Gold Medalist Olympian All-American, That Is 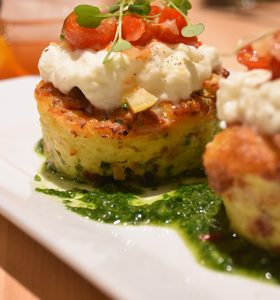 For the most part, Hendrix claims to be a mix of good old fashioned American food, but it has a fabulous foodie twist that I don’t see in most “all-American” restaurant options. Chef’s rotisserie is the star of the show with multiple options of rosemary-lemon chicken, pork roll, and leg of Colorado lamb rotating through the weekly menu.

Add to that gorgeous flatbreads, porchetta sliders, planked salmon fried catfish, baked lobster mac ‘n cheese, bone-in rib eye and the fabulous Hendrix salad and you have fantastic “basics” of the all-American diet … well, at least what every American wishes he or she had.

But, if you know Chef Rainer, you know he can’t stop at what he calls “basic.”

Chef Rainer’s Hendrix is the fine dining, relaxed atmosphere that both Laguna Niguel and Dana Point residents have been crying for. And, for the first time in decades, Laguna Beach residents are going to find themselves beating a regular path south for a genuine foodie experience.

I’ve no doubt that Hendrix will be a homerun … the kind of batted-out-of-the-park homerun. Chef Rainer’s happy smile says he doesn’t doubt it, either.

Check out my social media and blog for more food photo and menu updates on Hendrix! Hendrix is at 32431 Street of the Golden Lantern, Laguna Niguel. Call for reservations, (949) 248-1912.