Laguna Nursery Is Closing Its Doors 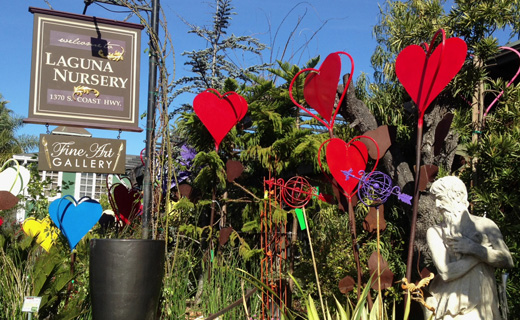 With this week’s announcement that Laguna Nursery is closing its doors at the end of August, we’re faced with the loss of a true institution in this town of ours.

When Ruben Flores took over the former nursery space in August 2008, what emerged was much more than a nursery – Laguna Nursery has been more of a tantalizing event. From its ever-changing music piped in and around the grounds, to its memorable statues, rare blooms, enormous fountains and thematic “rooms” for every yard and home décor imaginable, Laguna Nursery became a legendary destination and an acclaimed leader in its own industry. 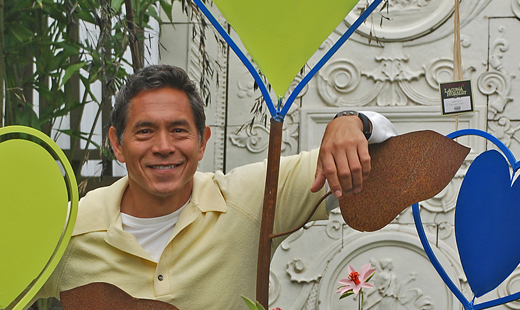 Ruben and his staff created real magic here. Once the Nursery, itself, was established, Ruben set to the next step – creating a community. His almost-weekly garden walks, monthly live music cabarets and ongoing outreach programs for gardeners everywhere created droves of faithful loyalists.

Those loyalists were the first to hear of the Nursery’s closure with a “VIP Party” this last Wednesday night. Nearly 200 people showed up at 5:00 p.m., to snatch up deeply discounted items throughout the Nursery. It was a cacophony of music, noise and fun as people loaded baskets of goods and slapped “SOLD” signs on larger items such as fountains, statues and fine art. Still, the high octane, high-energy event had its moments of melancholy as Ruben talked briefly about the Nursery’s closure.

A Focus Shift for Flores 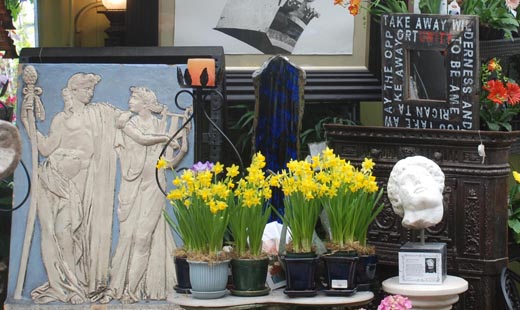 Happily, Ruben won’t be going anywhere. His other Laguna beach-based business – the landscape design and construction company Visionscape – is simply booming. In fact, it’s booming globally, as Ruben is completely focused on transforming mid- and large-scale outdoor environments around the world.

“It’s just too much,” says Ruben. “I feel like I couldn’t give my time and attention to the Nursery as much as I would like to, and I’d never want my staff or clients to have to try to adjust to what I can’t provide. That’s not fair to anybody.

“But, we’re not going away completely,” he assures. “We’ll be putting the Nursery online and we’ll still find a way to do events that everyone has come to love and associate with the Nursery.

“And, of course, I’ll still be at every City Council meeting,” he says with a grin. “So, the Nursery’s essence will still be alive and well in Laguna.”

Closing Sale is On

The Nursery’s closing sale is open to the public with all plants at 20% off, and everything else in the store at 30% and 40% savings. Even most of the beautiful birds are ready for new homes.

Give yourself some time to stroll the Nursery’s gorgeous empire as there are thousands of items in the building and on the grounds. There are no deliveries, but items can be marked with “sold” signs until buyers are able to put their transportation together. My advice: Please refrain from calling the store “looking for something.” Having seen the mild chaos that resulted from the Laguna Nursery’s first announcement, Ruben and his staff will have their hands full until the doors, at last, close on August 31st.