Laguna Playhouse’s “Ring of Fire” Tributes the Man in Black 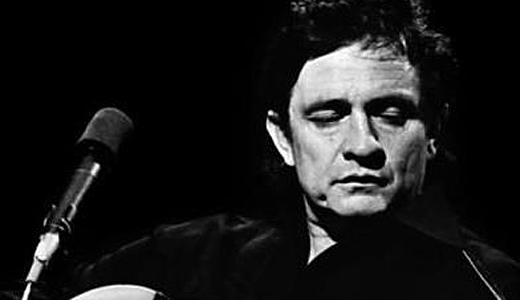 In my review of the Laguna Playhouse’s “Ring of Fire: The Songs of Johnny Cash,” I have just two initial comments:

First, although I imagined myself an avid and eclectic collector of all sorts of music, it wasn’t until I was in Hob Childer’s spin class in 2001 that I started hearing Johnny Cash songs. I liked the dude very much, thank you. I did, however, only hone in on about five of the man’s songs, and I’ve never expanded my repertoire beyond that.

Second, I’m not a tribute band fan at all. Not at all. I think, actually – and I know I’m putting myself out here – some tribute bands can be a little creepy. To so closely shadow a famous person’s way of singing, dress, movement and commentary is a little too Single White Female for me.

That being said, I admittedly approached Saturday’s opening night of Ring of Fire at the Laguna Playhouse with a little hesitation. What I know of Johnny Cash I adore, but I don’t know much. And “tribute bands” have clearly never floated my boat.

I dressed in black (of course) and was happy to see that many fellow Playhouse attendees were doing the same. There were more cowboy hats and boots in the crowd than I’ve ever witnessed, too. As the show began and progressed, I’m happy to report that it was both educational and not creepy.

The show walks you through Johnny Cash’s life, starting in a quick and swift review of the many Cash generations prior to his birth. This proved a better biopic than any Wikipedia entry could offer, and the subsequent music that Johnny Cash created (once he appeared on the scene) significantly talked to the milestones in his life. As one example, the family moved from farm to farm, finally receiving federal aid for a cotton farm not far from the Mississippi River, and Cash’s boyhood penning of the song, Five Feet High and Rising, talks to the disastrous flood that wiped out that season’s crops.

The “tribute” was devised of 10 Playhouse singers/actors, three of whom were female. The songs rolled effortlessly along with solos, harmonies and full-court ensembles consisting of 18 songs in the first  act and another 16 in the second. Most of these voices are wonderfully groomed and the singers move as fluidly to and from multiple instruments as easily as they do the song list devised in their behalf. (Catch Amerbly Rosen’s fiddle talent – she’s fantastic.)

For me, I enjoyed the second act more, as there were more recognizable songs for my pathetically thin knowledge base. I’m pleased that I increased that knowledge base, often with tunes I recognized but hadn’t attributed to Johnny Cash.

Did anyone in the cast bust it out and sing just like Johnny Cash? No. (Although Allison Fund, who most consistently sang as June Carter, was the spittin’ image and had a fantastic set of pipes.) In that regard, this Laguna Playhouse tribute was the farthest thing from “creepy tribute” status.

All in all, it was a pleasant evening, and the Playhouse audience had its more raucous turns, clapping and stomping along. In the end though, this “tribute aversive” girl discovered that she felt a bit melancholy, all for want of Johnny Cash’s real voice … or even a tribute to his real voice. Sigh. Apparently, there really is nothing like Johnny Cash.