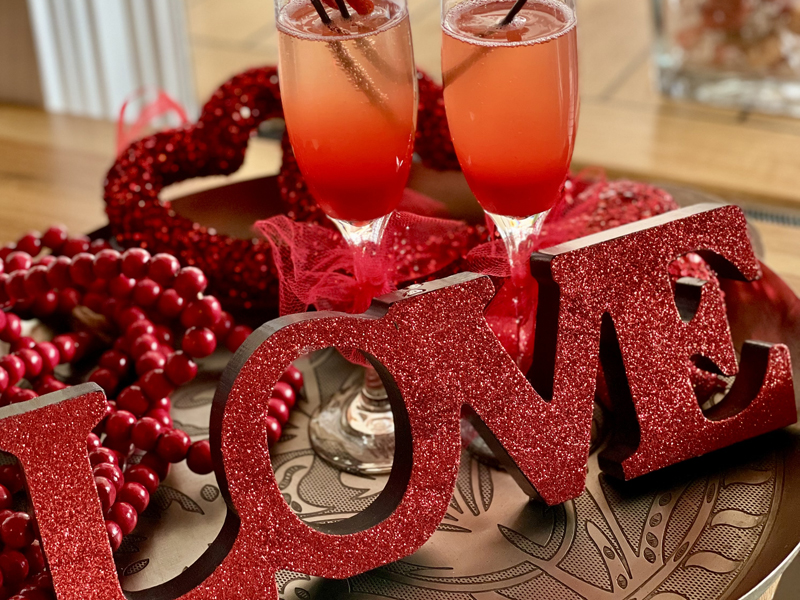 For the last several years, Valentine’s Day has always been mixed into the same weekend as President’s Holiday, and it’s like the Fourth of July here in the middle of February. We go from empty streets to packs of roving people in a matter of hours.

This year, however, our merchants and restaurants might actually enjoy a double whammy with two back-to-back weekends bringing in droves of visitors. Starting on Feb. 11th, the hotels and resorts in town are telling me they’re nearly sold out for the Valentine’s Day holiday. And, starting on Feb. 18th, they’re telling me the same for the President’s holiday.

To Open or Not Open on Valentine’s Day?

With Valentine’s Day falling on a Monday, several of our restaurants had a decision to make because they typically shutter on Monday nights. Although most like Ristorante Rumari have announced opening for this special night, AhBa Owner Nick Bennett decided to stay closed, and Harley’s Chef Greg Daniels chose to focus on the busy Friday/Saturday prior instead of opening on Monday night. Wine Gallery Owner Chris Olsen is still weighing his options. 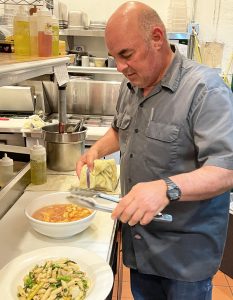 Some Restaurants Already Sold Out

Some Laguna Beach restaurants are already reporting that they’re solidly booked and not accepting more reservations for Valentine’s evening (Monday, Feb. 14th) (i.e., The Drake, Harvest at the Ranch Laguna Beach, Splashes at Surf & Sand). Most restaurateurs who have reported in, however, are still noting room for reservations, but be quick about it!

Keep in mind, too, that you can celebrate Valentine’s Day all weekend long prior to Monday, with many restaurants offering their “special weekend” specials throughout.

Specials For the Weekend, Specials for the Day

For Valentine’s, most of our Laguna Beach restaurants are offering their main menu fare with super specials added in. Be sure to check out those specials at restaurants such as G.G’s Bistro, The Cliff Laguna Beach, Starfish, Reunion Kitchen, 230 Forest, Romeo Cucina, Ristorante Rumari and Sapphire.Cellar.Craft Cook. 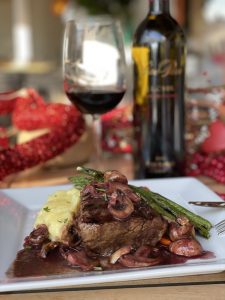 Lumberyard’s Cary Redfearn is using the holiday to post a number of new entrée items from Chef Primo, including a fabulous new Rainbow Roll, and Surf ‘n Turf for two. Dessert options include their new Churros with warm chocolate dipping sauce. They’re served up with horchata, one of my most favorite drinks of Mexico made with rice, cinnamon and vanilla and strained for a rather decadent beverage that looks like milk but tastes so much better.

Keep in mind, too, that Lumberyard’s little sister, The Yard Bar, will also be opening Saturday and Sunday of Valentine’s weekend, which is happy news for those of us who have come to love that peaceful patio. 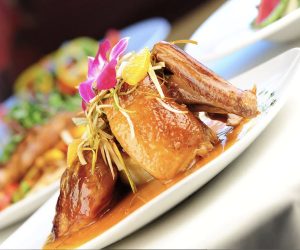 Las Brisas will offer both main menu and a hearty 5-course prix fixe menu with entrées that include Grilled Lamb Chops, Butternut Squash Tamales and Filet of Beef, too.

Oliver’s Osteria is quickly filling with reservations for its specialty Valentine’s Day menu (small wonder). Starting with course options of Antipasto, Chef Erick wraps in a second course of Pasta before landing on entrée options that include Braised Beef with velvety mashed potatoes, Chilean seabass and Eggplant stuffed with salty ricotta, cherry tomato and basil.

If, by the way, you would rather avoid the Valentine crush, consider giving a Valentine’s Day gift for Oliver’s Tuscany Wine Dinner, set specifically for “2/22/22” at 7 p.m. It’s just $80 per person (tax and gratuity extra) and will feature Azienda Vinicola Frescobaldi wines. 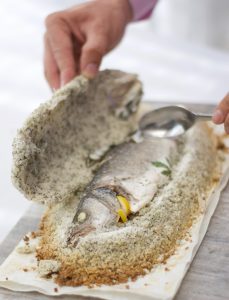 Ivan Spiers’ Mozambique and Skyloft are, once again, offering a plethora of entrée items to choose from in their prix fixe menus.

Mozambique is also offering live acoustic music on the Rooftop and in the Durban Room. 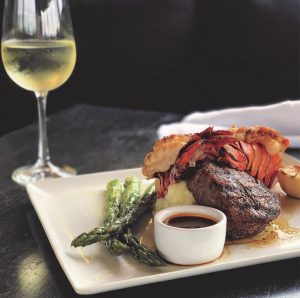 Skyloft’s prix fixe menu offers its best-sellers, too, from Scallops and Sea Bass to Halibut, Red Tiger Jumbo Shrimp, Steak & Lobster, Cajun Pasta and the Skyloft BBQ Plate (to name a few). Skyloft is also offering live music on the rooftop, too.

Make your reservations as soon as possible

I know you may have Superbowl on your mind as next weekend’s first priority but be sure to book as soon as possible for your Valentine dinner plans out in Laguna Beach. Enjoy the love!