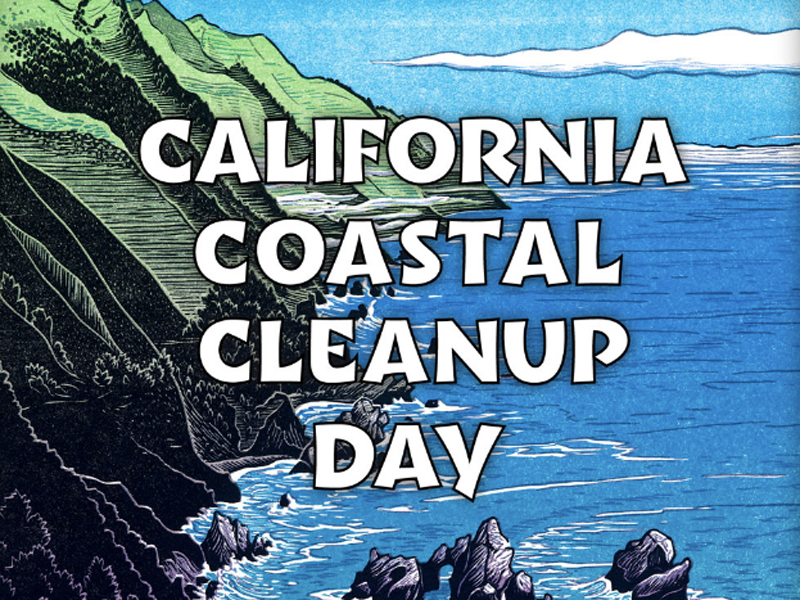 The community is invited to come together and clean up our coastal wonderland at this year’s California Coastal Cleanup Day on Saturday, Sept 21, from 9 a.m. until 12 p.m. at Aliso Beach County Park. The event is once again hosted by James Pribram and the ECO-Warrior Foundation.

California Coastal Cleanup Day is about much more than picking up trash. It’s a chance for Californians to join people around the world in expressing their respect for our oceans and waterways. It’s an opportunity for the community to demonstrate its desire for clean water and healthy marine life. And it’s a moment to share with one’s neighbors, family, and friends coming together to accomplish something vital and worthy on behalf of our environment.

The event was first organized by the California Coastal Commission, but the idea of a statewide cleanup event did not come from California. In 1984, Oregon resident Judy Neilson had grown concerned over the amount of plastic debris she saw littering the Oregon coast. In October of that year, Judy organized the first statewide beach cleanup event, calling it the “Plague of Plastics.” California watched, admired, and in 1985, emulated Judy’s efforts with its first statewide Coastal Cleanup Day.

Close to 2,500 Californians joined in the initial Cleanup, and the program has been growing by leaps and bounds ever since. In 1986, The Ocean Conservancy (then known as the Center for Marine Conservation) ran its first Coastal Cleanup in Texas, and in later years became the coordinating agency for the International Coastal Cleanup, helping to spread the concept to nations around the world.

“Coastal Cleanup Day is quite frankly the greatest and biggest day we have – in not only protecting but also celebrating our beaches, oceans, parks, and waterways for generations to come,” says ECO-Warrior Foundation Executive Director James Pribram.

THE ECO-Warrior Foundation is a California and Federal nonprofit 501(c)(3) organization dedicated to preserving our oceans and beaches through: education, activation, and motivation. The foundation was created out of one man’s passion for the ocean, Pribram’s courage to fight for a cause he believes in, and his hope to inspire and encourage others to always protect our coastal environments. Pribram has led by example and he has learned many valuable lessons as an environmental activist since 2006. By creating the ECO-Warrior Foundation, along with the help of its partners and supporters, collectively we will be able to more effectively battle the forces that threaten our oceans and beaches. With a “boots on the ground” approach, the ECO-Warrior Foundation is dedicated to working directly with individual communities, both locally and internationally, who want to make a difference and create a positive and lasting change.