El Torito claims it came up with the idea of “Taco Tuesday” somewhere in the 1960s, and Taco John’s tried to trademark the phrase in 1989 (with vehement backlash as a response). It’s a phrase that simply doesn’t want to be owned, particularly as it offers so much love and happiness in the middle of the week.

In Laguna Beach alone, at least 9 restaurants offer Taco Tuesdays. Here’s a quick rundown on all of them, with a few notable favorites. 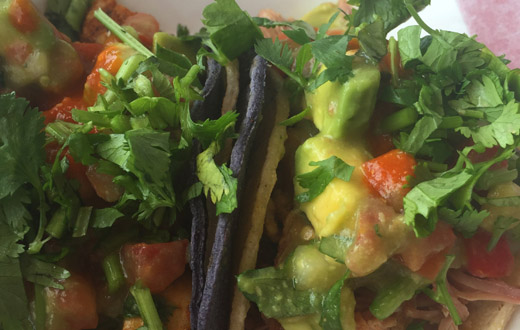 Correct me if I’m wrong, but I’m guessing 26 years might be the record for Taco Tuesdays in Laguna Beach. For more than 1,350 Tuesdays, Owner Gonzo Rebollar has been rolling out his specialty tacos, most of which are blackened in spices from a homegrown recipe he won’t reveal.

On Tuesday, Gonzo features Blackened Fish, Mushroom, Blackened Chicken and Carnitas, each topped with freshly made guacamole, pico de gallo and cilantro. Friends and I will argue long into the night about which is the best tasting taco. Fortunately, we can argue all the way to midnight as he’s one of the last kind souls to turn out his kitchen lights. 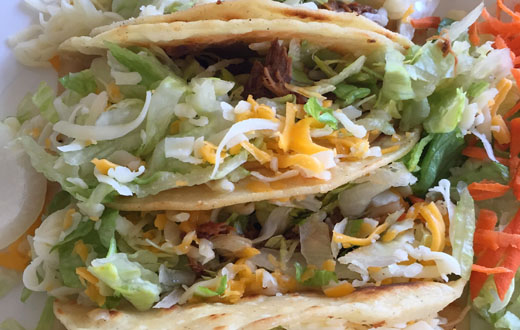 An average 2,000 tacos are cooked up every single Tuesday at the tiny restaurant, Laguna Feast … small wonder as tacos are priced at just $1.25 on Tuesdays.

While many devoted fans descend from the restaurant’s very opening bell, still others will call in sizable to-go orders throughout the evening.

“We just keep cooking until we close the doors,” says Owner Carlos DeSantiago.

In play for nearly 20 years, Laguna Feast’s Taco Tuesday allows you to choose from chicken, beef, carnitas, fish or their best-selling filler, carne asada. Try the carne asada – it’s a bestseller for a reason – and fill up any remaining corners of the taco from the fresh salsa and veggie bar. 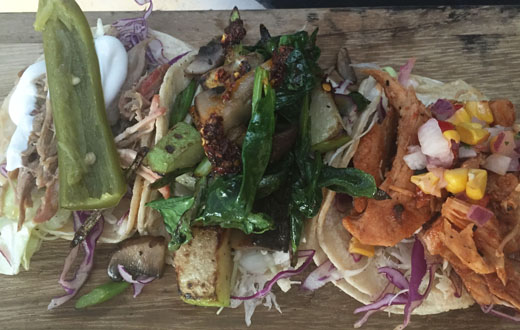 Here’s a perfect way to while away your Tuesday: Mosey into Tortilla Republic for any number of their three foodie tacos, and stay until the fully loaded Taco Bar debuts at 5:00 p.m.

Tortilla Republic can’t do anything “normal.” It’s just not their style. Their Taco Tuesday tacos are crazy in flavor.

The Chicken Tinga taco features cilantro crema and roasted corn salsa while the Prime Tenderloin Steak taco is first rubbed in a housemade fajita rub and topped in a delicious tequila slaw. Or, try the Vegetariana taco, a grilled delight of spinach, asparagus, chayote squash, cremini mushrooms and surprise Serrano tidbits with … of course … a drizzle of truffle oil. 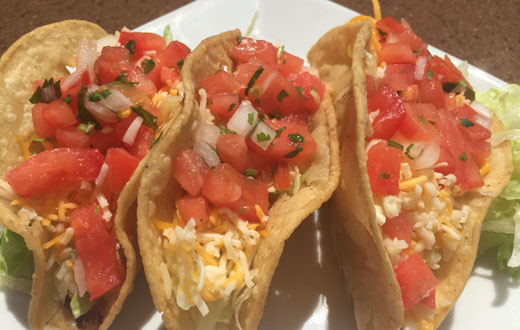 Granted, there are plenty of non-family folks who converge on El Ranchito on Tuesdays, but Owner Michael Avila loves seeing kids enjoy Taco Tuesday, too.

Michael instituted Taco Tuesday about seven years ago, and his team assembles an average 500 tacos each Tuesday. For me, it’s the slow-basted shredded beef taco, piled with fresh salsa and cheese – perfect! 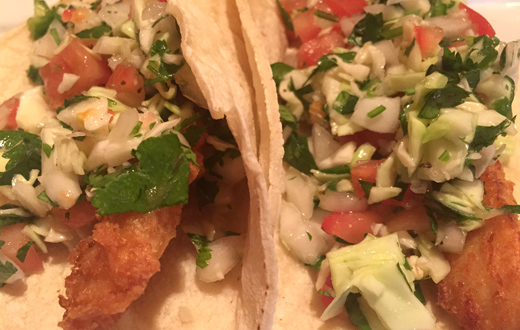 When Owner Demetri Catsouras tried to replace his Taco Tuesday with “Tuesday Tapas,” a great hue and cry arose. So, Taco Tuesday was re-introduced, this time with specialty tacos debuting each week.

Every Tuesday, Kitchen Manager Tony Sanchez innovates two different tacos, piles on differing housemade salsas and kicks in some rare peppers or chiles of choice. And, every Tuesday, a sizable crowd queues up to see what’s in store. While his flash fried fish tacos are always the biggest hit, his blackened fish and chicken tacos are memorable, indeed.

After grilling my own readership on their favorite tacos, these two continued to come out on top. 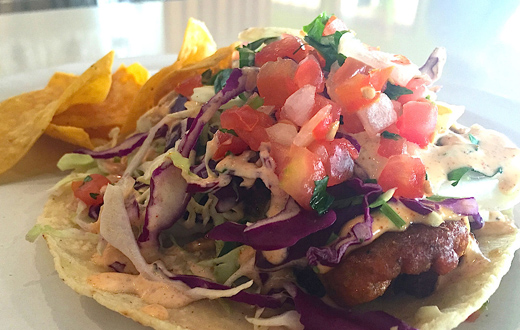 La Sirena’s Baja Taco is served up at both locations all week long, but it’s about a dollar less on Taco Tuesday. While the fish varies by the day, it’s always prepared Ensenada Style, battered with Tap Meister Jeff’s selection, Three Weavers beer. The oversized serving is covered in a haystack of daily-made fresh slaw, pico de gallo and optional chipotle cream sauce on the side. 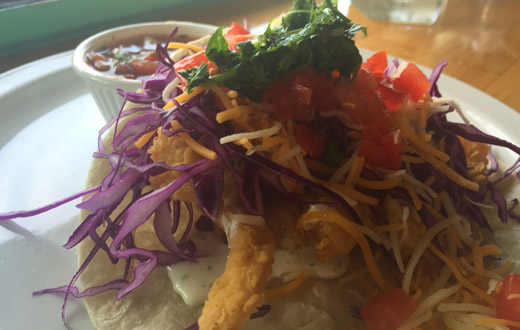 Although Coyote Grill offers its entire 8-taco option for just $3 on Taco Tuesday, Coyote’s Calamari Taco is the clear winner by at least 5:1.

As far as we know, it’s the only Calamari taco in town. This is a good thing, actually, as it’s hard to imagine any calamari taco tasting as good as the Coyote Grill version. Beer battered and flash fried, it’s served with red cabbage, fresh tomatoes, lettuce and a creamy secret sauce that Co-Owner and Kitchen Manager Jarrod refuses to discuss.

And Next For Your List
Big Fish Tavern – Although I didn’t get to personally try these tacos, I’ve heard rave reviews. Order large taco servings of Baja Fish, Blackened Shrimp or Grilled Salmon for $6 or $7 per.

Olamendi’s – Taco Tuesday runs 4 – 10 p.m., with $5 appetizers, $3 tacos and $6-8 for their famed organic margaritas. Manager George tells me that they’ll cook up whatever you can dream up for a taco. I might just have to take them up on that offer.

(Lastly, to assure you that I’m seeking out every possible Taco Tuesday imaginable . . . Adolfo’s Carmelita’s, Cliff Restaurant and Las Brisas tell me they don’t do Taco Tuesdays.

Message me at my Facebook page, BestofLagunaBeach, if you come across any other Taco Tuesdays within Laguna Beach’s borders!)