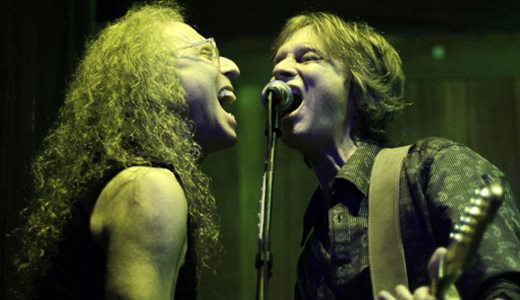 The non-profit Laguna Beach Friendship Shelter has always rocked our little town, so it’s no surprise that its largest fundraiser is a “Rock Star Evening.”

Known for its absolute commitment to helping homeless adults get back on the road to self-sufficiency and productivity, the Laguna Friendship Shelter just passed its 25th year anniversary and – an even bigger landmark – has helped more than 6,000 adults transition from the streets.

There are an amazing number of people and entities that support the Laguna Friendship Shelter, including rock star legends who will be performing at Mozambique on Wednesday, Feb. 12th.  Entirely benefitting Friendship Dinners Laguna, an all-star band will be joining Waddy Wachtel, Blondie Chaplin and Rock Rosas from 6 to 10 p.m.

Tickets are $45 and include tray-passed appetizers and two drink tickets. (Better yet, 100% of your ticket goes to the Laguna Friendship Shelter.)  Click here to buy online or call the Friendship Shelter, 949-494-6928, and ask for Celia. Tickets are also available at the door, depending on how many people are already in the house.

Here’s what’s in store for us Wednesday night:

Blondie Chaplin first claimed fame as a singer and guitarist in the 1970s for The Beach Boys. Known more recently for his long-term vocalist, percussion and rhythm guitar work with the Rolling Stones, Blondie even throws in piano and tambourine skills when needed.

And, of course, Rick Rosas, the renowned bass player claims his own “rap sheet,” having worked extensively with Neil Young, Crosby Stills Nash & Young, Joe Walsh, Johnny Rivers and many others. He’s even tag-teamed as a guest talk show host with Joe Walsh on the Howard Stern show (so he’s certainly not as shy as he looks).