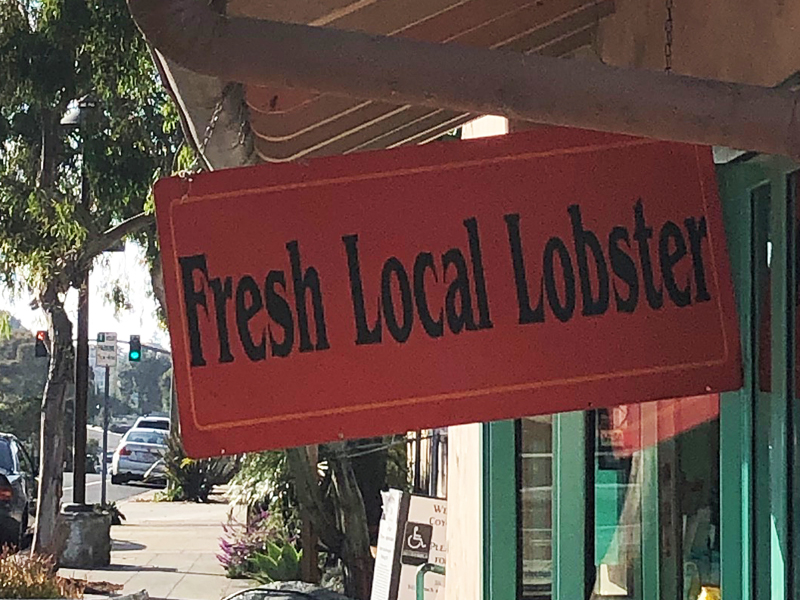 In Laguna Beach, we locals look forward to about three events each year. In October, it’s all about the lobster … for the month’s duration, you’ll find us standing on street corners in South Laguna, anxiously awaiting the unfurling of the “Local Lobster” banner at Coyote Grill.

OK, well, maybe we’re not THAT anxious, but I’ve got to tell you – when the first local lobster dinner at Coyote Grill is served up, it’s a red-letter day for all of us here in SoLag.

The end of an era?

Coyote has been serving its annual local lobster for 30 years. And, thanks to the skyrocketing cost of said lobster, this might be the last year.

“We priced it again at $49 this year and we’re buying up what we can, but local lobster is scarce now and there’s absolutely no profit margin,” said Lead Bartender Stephen Morand. “We do it because our patrons love it, but it’s so hard to get the lobster that we’re only able to offer a few dishes each evening before it’s sold out,” he added. 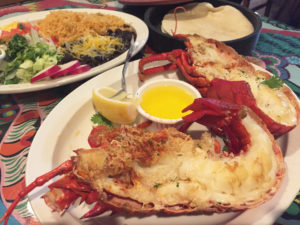 My advice to you? Get there early, and happily shuck out the $49. Coyote serves nearly a pound and a half of the Baja-grilled luxury, and you have a vast amount of sides and tortillas, too.

Fresh off the boat and out of the country

There’s plenty of local lobster swimming in our seas. The problem lies in their popularity. For several years now, buyers for China and Asia stand on the docks waiting for the lobster boats to roll back into Dana Point’s harbor. Their combined contracts ship out nearly 90% of the entire lobster season’s catch here in Dana Point and Laguna Beach.

Chef Maro Molteni at Royal Hawaiian Fire Grill has featured grilled local lobster on his menu since his April opening. A week ago, though, he dropped the popular item from his autumn menu rollout because “prices are so exorbitant that it just doesn’t make sense anymore,” he said. “We were expecting prices to come down with lobster season actually starting up but, instead, the prices just keep climbing.”

A few weeks ago, North Laguna’s Shaw’s Cove Yacht Club (yes, you read that right and no, they don’t have any yachts) moved their annual LobsterFest party to Royal Hawaiian. When Molteni couldn’t secure local lobster or even California lobster at a reasonable market price, he spread the net further, finally landing 40 pounds of fresh lobster from far reaches of the Pacific.

“I did what I could to keep it as ‘local’ as possible … thank God the Pacific Ocean is a really big ocean!” he noted.

This weekend’s LobsterFest is flying lobster in 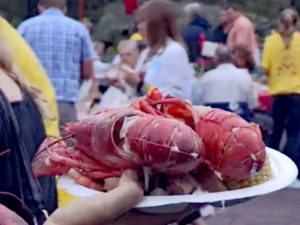 When the Rotary Club first began this event, there was plenty of local lobster to be had. In fact, October’s annual start of local lobster season was the impetus for the idea. Now the group flies in hundreds of pounds of lobster from many miles away.

“For awhile, we tried to keep the local lobster in the mix, but the price just got too high for us,” says the Rotary Club’s President Mike Killibrew.  “We’re a non-profit group doing a fundraiser … that’s the whole point of the event,” he continued. “So, we’re still able to find great lobster, but – sadly – it’s not from our own waters here.”

Tickets for Saturday’s Monarch Beach Sunrise Rotary Club’s LobsterFest are still available. Go to my calendar at TheBestofLagunaBeach.com for details.