Lumberyard Celebrating 10 Years This Thursday (Can You Believe It?) 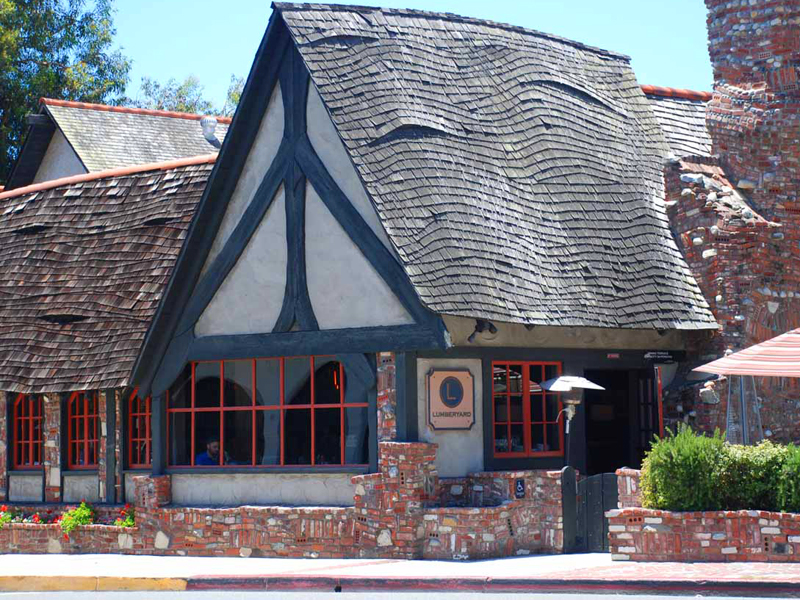 To celebrate the milestone, Lumberyard is offering specials throughout the day, including a throwback return of the $10 lunch menu, special menu items throughout the day, live music and drawings for gift cards.But that’s not why we all really need to be there.
This is a family celebration, really.

A Commitment to a Laguna Restaurant is a Real Commitment
Eleven years ago, CdM Restaurateur Redfearn was better known for his popular Oysters restaurant and bar. He and his wife, Suzanne, lived in Laguna Beach, though, and were ready to make that “all-in” Laguna commitment.
This commitment for Laguna restaurateurs means crazy, hair-on-fire business three to four months of the year, depending on the weather. Beyond that, it’s exactly two spikes in business during the winter months (four weeks at the holidays and three days over President’s Holiday weekend), and a sleepy, up-and-down kind of business the remaining months of the year.
Despite a litany of memorable tales and delays in the conversion from the vaunted Cedar Creek Inn to the new-kid-in-town Lumberyard, the Redfearns made it happen.

New Kid In Town
Initially, locals who mourned the passing of Cedar Creek took their time getting to know the new place. People worried that the city was losing its “family feel” and that the holidays would never be the same again without the usual Cedar Creek holiday décor around the old bar and fireplace.
It was only a matter of time, though, before Lumberyard become the Laguna Playhouse go-to, the (seemingly) ONLY Hospitality Night holiday gathering party (which always feels like an amped up happy mosh pit), the annual School Power contest of amateur chefs and … perhaps, most important of all … the waiting arena as nervous folks await their scheduled time at the City Hall City Council meeting. (To help steel their nerves, Cary created a “City Hall” martini for patrons destined for the podium.) 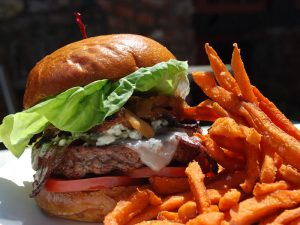 Over my 10 years of covering restaurants in this town, I’ve gone from wondering how I’ll ever talk to Cary (he seemed formidable initially) to greeting him with a hearty handshake and yapping endlessly about restaurant concepts, new ideas and menu items that he and Chef Armando Ortega are always plugging into the works. (In fact, they’re tweaking the menus again in early November to reflect a larger number of healthy food items.)

This guy ALWAYS has new ideas. He was bitten by the restaurateur bug in his early 20s and, rather than try to shake it off, he’s embraced it with enthusiasm and endless curiosity.
Cary has become my go-to for restaurants to try anywhere in the L.A. basin, but – frankly – he’s become my go-to when it all seems overwhelming and I just need a familiar face and place to make it right again. (Nothing better than the incomparable Crabcake Salad to put your world neatly back in place, just sayin’)
Congratulations, Cary and Suzanne. And thanks for becoming part of our Laguna family.