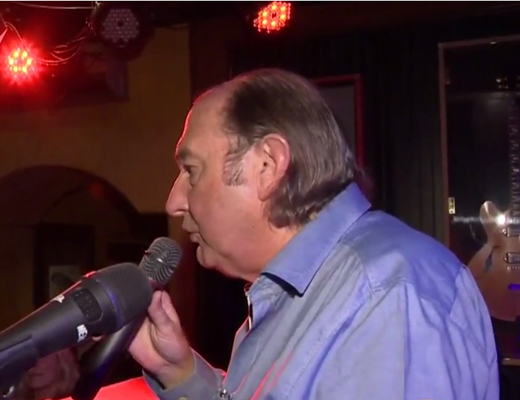 Sometimes, we find ourselves so mired in the everyday life we live that we forget to remember we’ve created a “Wonderful Life” for ourselves.

On Tuesday evening at Mozambique Steakhouse, this became clearly evident to Owner Ivan Spiers when more than 300 well-wishers turned up to celebrate the restaurant’s re-opening.

Penalized by the Alcoholic Beverage Control board for issues surrounding condition violations over dancing, Mozambique was forced to close for 5 days. The penalty was levied despite Spiers’ August 2015 application to amend this issue when the violation announcement first came down the pike.

Eighteen months later, the application is still in “pending” mode with the ABC, which allows Spiers no definitive reply when media reporters ask about the next step.

“I just have to shrug my shoulders, keep moving forward and hope for the best as we continue to fight this,” Spiers told CBS News’ Stacey Butler.

Hundreds Show Up in Support

Thanks to the crowd that showed up in Ivan’s behalf, Spiers says he feels renewed confidence in Mozambique’s place in the community.

After his announcement of a celebration party on Tuesday at 5:16 pm (a minute after the required closure signs could be taken down), Spiers welcomed community friends, many musicians and a sizable number of print, radio and television media personnel to an hour-long party of free appetizers and low-priced cocktails.

“Ivan has created something here for musicians that you just don’t find anywhere else,” says 133 Band musician Jason Feddy. “He’s always been loyal to us and treats us with respect and support. Of course we’re going to exchange the favor at a time like this.”

So many people crowded into the place that Spiers kept the free appetizers flowing another full hour before declaring an all-night happy hour from there.

Just as friends gathered in George Bailey’s living room at “It’s A Wonderful Life’s” conclusion, people stayed long into the evening at Mozambique, cheering Spiers as he spoke from stage and pulling him aside to vocalize their support.

“The positive energy was so amazing,” says Spiers, “It was overwhelming, really.”

Laguna-based grass roots media such as StuNewsLaguna and KX93.5 began covering the ABC closure prior to Tuesday evening’s re-opening, and their efforts spurred mighty forces throughout the country. CBS aired a generous telling of the tale – leading with “Footloose” footage from Kenny Loggins’ recent visit to Mozambique’s stage – in its Channel 2 Eyewitness News at 11:00 p.m. Editors ran the story again in the morning news edition. From there, the 2-minute “Footloose environment” spot was posted on the national CBS website, while the headline ran in the news ticker during the national affiliate’s morning news.

“My phone blew up all day Wednesday,” says an amazed Spiers. “I had people calling me from all over the country saying that they’d seen it on TV, or they’d heard it on the radio … everywhere from New York to Florida to Colorado and Austin, Texas.

“This closure harmed people – more than 100 employees who work here, our valet company, and at least 40 musicians who all went unpaid during the 5-day closure. ABC has lost sight of the big picture here – a restaurant serving its community with great food and great live music.”