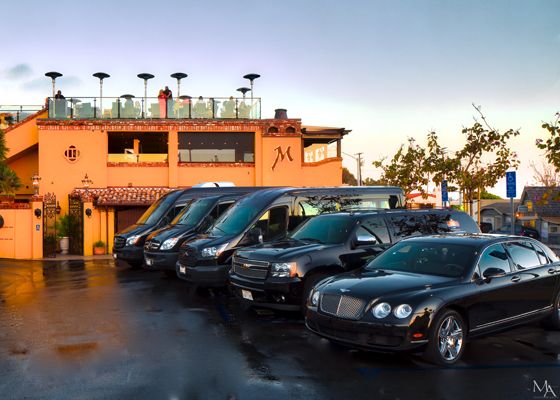 In 2003, when Restaurateur Ivan Spiers took on the crumbing remains of Tortilla Flats with plans for a complete renovation, we knew we had a serious contender in town. He wasn’t interested in trying a concept in a half-renovated space to see if it would catch on – he was entirely committed with plans of permanency in his head.

A year and several million dollars later, he opened Mozambique restaurant with the rare, plush addition of two large passenger vans that provided free shuttle rides to and from the restaurant for his patrons. While his free “Safe Ride” shuttles were primarily utilized by resorts and hotels in the immediate area, the concept also began to catch on with individuals and smaller groups of people who wanted free transport to and from Mozambique.

“It’s just important to me that we take the best possible care of our patrons,” he says. “We want them to have a great time at our restaurants and know that they have reliable ‘designated drivers’ there, from beginning to end.”

Today, the free Safe Ride is still in play within a 3-mile radius (basically Laguna Beach’s borders), and patrons who wish to be picked up or dropped off outside that radius pay a small fee (still smaller than most Uber fees).

Thanks to its popularity, the Safe Ride shuttle fleet has continued to expand. In 2015, when Spiers added Skyloft in downtown Laguna Beach to his portfolio, he also purchased more vans to accommodate Skyloft’s patrons as well as a good number of guests who loved trying the two different restaurants in the same day.

“Cross-transport between the two restaurants has gotten to be more popular,” says Spiers. “And, we have a number of large groups booking their parties like a progressive party where they start at one restaurant and end up at the other restaurant in the same evening.”

Just recently, Spiers added another 15-person Mercedes passenger van to his burgeoning fleet and, now, 2 Mercedes large vans, a Suburban and 2 Bentleys stand sentry, gleaming and whistle-clean just waiting for the next call for pick up or drop off. Whether you’re booking a dining or group reservation for Skyloft or Mozambique, your additional reservation for the Safe Ride shuttle can be made through the main Mozambique number at (949) 715-7777.