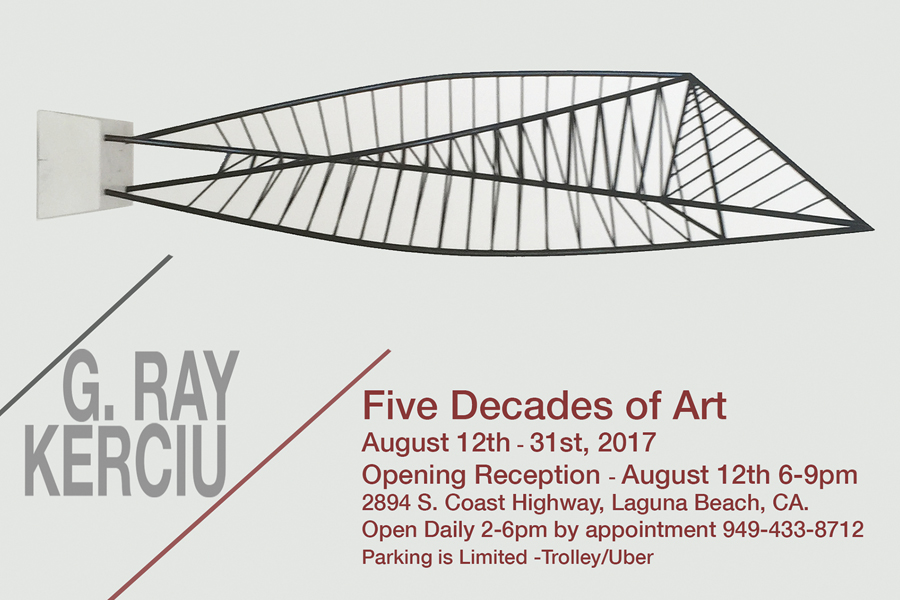 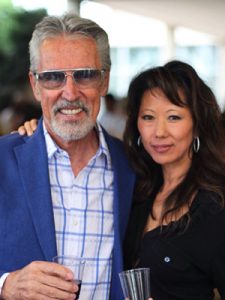 Celebrate Five Decades of Art with G. Ray Kerciu on Saturday, August 12, from 6-9 pm in an Opening Reception in the space next to the former Tabu Grill in Laguna Beach. Admission is free. Enjoy viewing nationally recognized art work and talking with G. Ray about his latest work.

A venerated member of the community, G. Ray Kerciu has lived in Laguna Beach for more than 50 years. He is a past President of Laguna Art Museum. Surprisingly, this is his first solo exhibition in Laguna Beach although he has had solo exhibits in Southern California before.

Kerciu rose to prominence in the art world in 1963 after his controversial solo exhibition at the University of Mississippi where Kerciu was arrested, and charged with violating a state law prohibiting desecration of the Confederate flag. This ushered in a period of intense media attention, and Kerciu was featured in publications such as Artnews, Artforum, Time Magazine and World Book Encyclopedia.

The following year Kerciu accepted a teaching post at what is now known as California State University, Fullerton where he taught until his retirement in 2002. He was also featured as a guest artist in prestigious print houses, such as Tamarind in Los Angeles and the William Hayter Atelier in Paris. 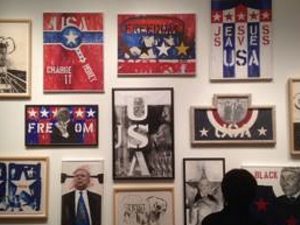 More than a decade after his retirement from teaching and fifty years after his whirlwind introduction into the art world, Kerciu remains committed to his art. This exhibition features a sampling of his work from the 1960s to present.