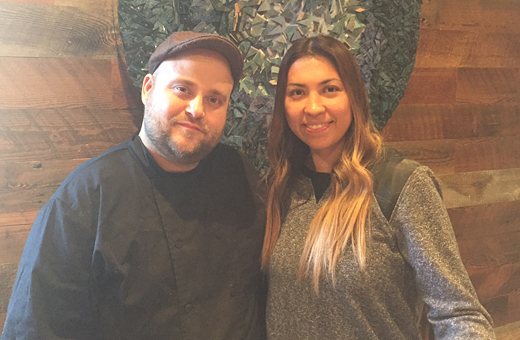 Last June, Anna Driggs introduced Laguna Beach to its first-ever gourmet Peruvian restaurant, Central Coastal Peruvian. And, since that time, she’s continued to educate people on what “Peruvian” really is.

With menu items that stands a few notches above the more standard Peruvian fare you’ll find at her family’s restaurant, Inka, Anna’s dishes speak to multiple cultures that found their way to Peru.

“When we began looking for a new executive chef, Chef Ryan Sims came to us with this amazing background in French classical AND Spanish AND Italian cooking,” she says.

“He told us that he hadn’t cooked formally in Peruvian style, but everything he produced for us WAS Peruvian …  because his meld of cooking styles is exactly what Peruvian food is!”

Indeed, Chef Ryan has a knack for cooking Peruvian food, and he’s doing it very, very well. Where, before, Central’s dishes were nicely done and beautifully composed, Chef Ryan has moved the entire menu up several notches in both categories.

“I’ve always been interested in immersing myself in more than just one foundational region of cooking,” says Chef. “And Peruvian cuisine is this beautiful fusion cuisine that’s not only fundamental in nature but where today’s trends in food are moving.” 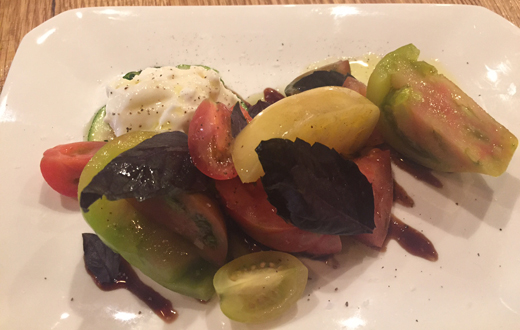 Central’s Chef isn’t so much reworking the popular menu as he is infusing what already exists there with greater depth and balance. The best-selling Tomato Tower appetizer, for instance, no longer sports avocado slices and now favors a “horizontal” approach with gorgeous heirloom tomatoes, freshly churned Burrata and bits of flash fried Opal Basil. It’s not only easier to approach and share, but its a gift of light touches, from the Tuscan olive oil to the light balsamic dots of flavor.

“Avocado and burrata are both rich and somewhat fatty,” explains Chef Ryan. “I didn’t think it was fair to make them compete with each other on the dish, plus the burrata really cuts the acidity of the dish so that it’s a mellower, fresher taste.” 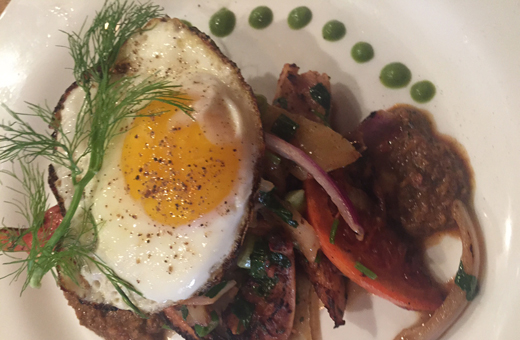 The Pulpo a la Parrilla is yet another refashioned dish that is simply decadent in flavor. Chef lightly grills Spanish octopus which, in itself, is a trick – octopus does not lend itself easily to food preparation as it can quickly become too rubbery, too charred, too difficult to cut into.

In this case, though, Chef serves up a perfectly moist serving of octopus with just the right amount of smoky char, ladled above pan-prepped onion, fennel and – of all things – grapefruit bits. He crowns the dish with none other than a fried egg. It’s served on Central’s appetizer menu, and this is an appetizer I would order repeatedly as a meal all day long. 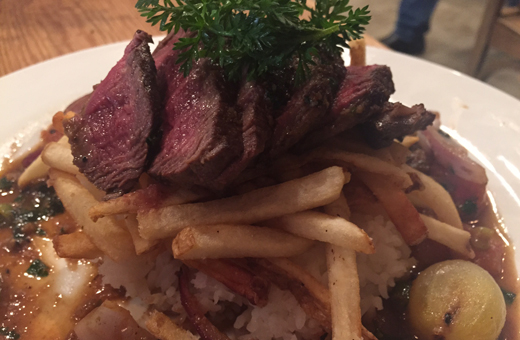 Even the best selling Loma Saltado has had a perky facelift as 6 ounces of perfectly seared organic filet mignon sits delicately on two traditional starches – fluffy garlic rice  and pommes frites. A smoked soy pan sauce offers a lovely Asian twist, yet another longtime and traditional staple in Peruvian food. 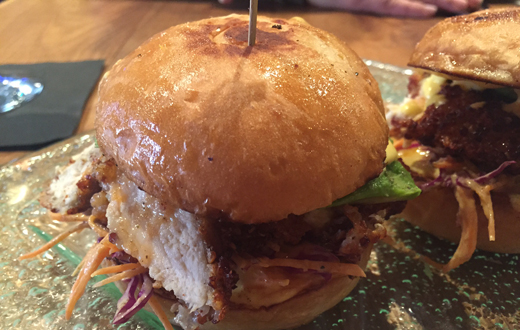 Lunch items and Central’s Happy Hour menu items continue to be crowd-pleasers, including the slider I truly swoon for – the Quinoa-Encrusted Chicken Slider. Two on a plate is more than enough as these might be “mini” sandwiches but they are absolutely mighty in stature and taste. The slider is a lightly breaded, piping hot chicken filet with avocado, tomatoes and “secret sauce” in a freshly baked ciabatta bun. It’s a repeat wow.

With the dinner menu now dialed in, Chef Ryan will be refreshing the lunch menu, too (he’s promised the slider stays as is).

“It’ll take about a month to really put it together, but we want to be sure we keep serving fresh, great food that’s easy to grab over lunch hour,” says Owner Anna. The menu, then, will continue to consist of sandwiches (some panini style), salads, small plates (with their famed empanadas, of course), and soups.

“Peruvian food gives so much permission to be versatile,” says Chef Ryan. “It’s is a melting pot of great cultures and differing techniques. It’s a cuisine that allows for a great number of ingredients that you can do something really fun with, and that’s exactly what we’re doing here at Central Coastal Peruvian. I think our guests are in for more fun in the months ahead.”