No! This Restaurant is NOT Closing! Wine Gallery Laguna Better Than Ever 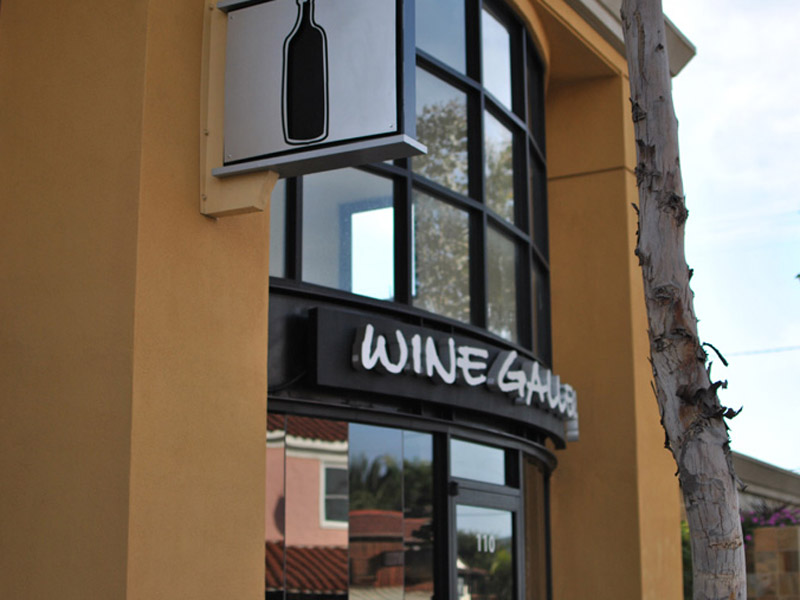 You know what I love most about you readers? When you hear of a restaurant closing, you’re genuinely mortified. Many restaurateurs and chefs here in Laguna Beach have become family to us; we care about their welfare.

So, if you’re one of the many who contacted me about our beloved Wine Gallery in Laguna Beach, you can rest assured: Owner and longtime Laguna Beach resident Chris Olsen is not going anywhere. In fact, he’s just signed another long-term lease and is settling in for the “next phase.”

A few weeks ago, Olsen elected to close his flagship Wine Gallery store in Corona del Mar. He hosted a giant closing party this last weekend, and will have the last of his world moved from that location today (Tuesday). The CdM landlord who purchased the property two years ago plans to gut the Wine Gallery space and create something new.

“It’s definitely bittersweet … the end of an era, for sure,” says Olsen. “But we’ve had such support from our patrons and friends, and we have so many great plans in the works for the Laguna Wine Gallery location, that I’m really looking forward to what’s ahead for us.”

CdM’s Wine Gallery was an instant hit when it opened 18 years ago in 1999. Initially a wine retail store, Olsen and his business partner introduced a world of fantastic and rare wines to thousands of collectors and fans. Three years later, Olsen added a large tasting bar with a miniature appetizer menu, one of the first of its kind in South Orange County. In 2007, when he had fairly exhausted his panini press and convection oven, Olsen expanded to an adjacent suite, which tripled his space and allowed for a kitchen addition.

Chef Josh Mason (still one of my favorite chefs in the land) commandeered the kitchen and created a thing of beauty in Wine Gallery’s first menu. As sales continued to rollick, the two decided to expand to Laguna Beach in 2012.

Chef Josh expanded the Laguna Beach menu to more “foodie tastes” with some of the most decadent (and surprising) main entrées I’ve yet seen in Laguna Beach.

Meanwhile, Olsen trotted back and forth between the two restaurants, managing 40 people, negotiating with wine merchants and distributors, and regularly running the front of house.

“It was a great time, but I was stretched a little thin,” says Olsen. “Now, with our focus on Laguna, I’m just looking forward and stoked about what we’re putting into play.”

Olsen mentions expansion of the pet-friendly patio seating, opening he restaurant on Mondays, and lunch hours, too. (Stay tuned for details in my column, LagunaBeachBest.com

Mile 216 Expansion Looming Ahead, Too

Ever the whirling dervish, Olsen is also knee-deep in winemaking and merchandising strategies for his own Mile 216 vintages out of Santa Barbara. “It was 216 miles every time I drove from Newport Beach to Santa Barbara in my early days of wine buying and collecting for the store, so it seemed an appropriate name for my own wine,” says Chris.

Olsen recently added a new winery – Alamo Creek – to his portfolio with a family purchase of a vineyard that straddles the county lines of Santa Barbara and San Luis Obispo. The Alamo primarily produces Grenache, a beautiful addition to the eight wines already hand-crafted by Olsen.

“Each of these wines is produced in batches under 100 cases, so I’m working them into our Wine Gallery Laguna Beach menus, and beginning to reach out to distributors interested in small batch wonderfulness,” says Olsen.

“They’ve all met with great reviews, so it’s exciting to see where Mile 216 will take us in the year ahead.”

With Olsen’s spirit and plucky drive, Mile 216 will – no doubt – prove something more of an autobahn. And, Laguna Beach’s Wine Gallery is assuredly going nowhere