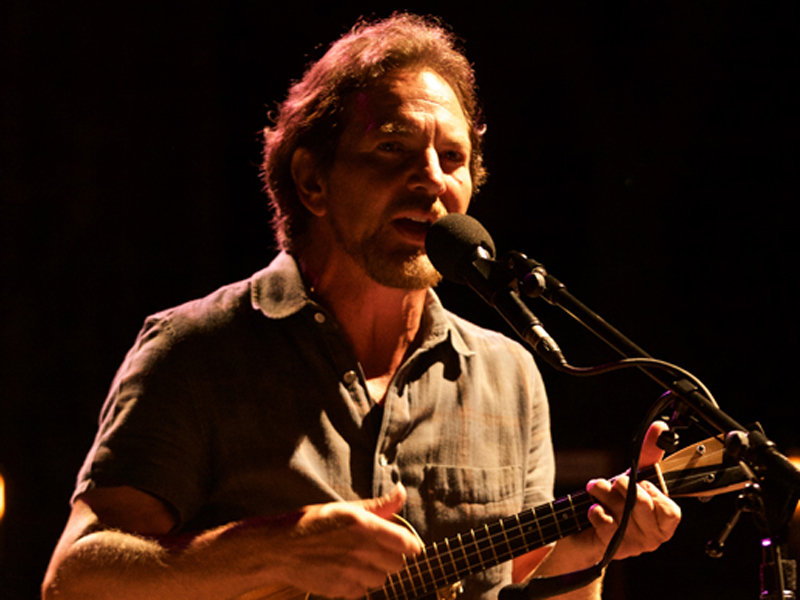 Ohana Fest 2018 is back for its 3rd year at Doheny State Beach, beginning Friday afternoon, Sept 28th through Sunday, Sept. 30th. Some tickets are still available for an ever-growing amazing line-up of music at TheOhanaFest.com; the vast majority of tickets were sold within days of quiet announcements from Eddie Vedder and Kelly Slater social media platforms a couple months ago.

Year 1: It’s All About the Love
Three years ago, Pearl Jam’s Eddie Vedder and the surfing world’s #1 surfer, Kelly Slater, decided to create a music festival at Doheny Beach – Ohana Fest – because they love surfing there and at nearby Trestles. 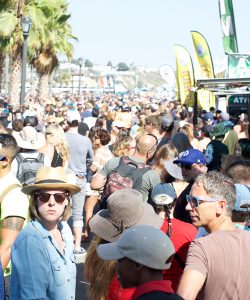 Set for the last weekend in August, the first Fest was a giant success with more than 22,000 fans descending for two days of non-stop music. Kelly and Eddie were all over the campus, introducing bands, dropping into play or sing, and hanging out with the crowd. It had a great vibe, and a large portion of the proceeds were donated to the San Onofre Parks Foundation, which develops and preserves California State Parks.

Year 2: Love on Steroids
Last year, the Ohana Fest resurfaced again, this time the weekend after Labor Day and the crowd grew by another few thousand to see even larger names on stage (Social Distortion, Jack Johnson Eddie Vedder and Fiona Apple to name a few). Although ticket prices for general admission and VIP climbed significantly beyond the first year’s fees, thousands of fans still showed up. I can’t say it wasn’t worth it.

Two Stages, One Act at a Time
Instead of multiple acts performing at the same time on multiple stages, the Ohana Fest has – to date (no guarantees this year) – only allowed one act to perform at a time. The acts flip-flop between two side-by-side stages, so there’s no downtime between the acts. I think it’s a flawless and respectful way to showcase great talent.

It’s rumored that Vedder and Slater are still engaged in the selection of musicians for their own festival, and this has proven to be the most surprising, eclectic and stellar music festival I’ve witnessed in a long time. There is no “theme” here as is usual in festivals today – you may hear pop on one stage, followed by country on the next stage, and techno following.

This Year’s Ohana Fest 2018 Acts: Again Phenomenal
While there are “giants” performing every day, it’s the up-and-comers you really want to pay attention to. Most of these people have amazing backstories – stuff you just don’t hear about in a normal person’s life – and many stand as testament to surviving extraordinary odds. They are all – to the letter – extremely talented musicians.

In the interest of space, I’m just listing the headliners for each day, but be sure to check out all the acts at the Ohana website because there’s nothing “opening” about any of these super-talented musicians.

On Sunday, I personally think they’ve kept some of the best “opening act” talent to this final day. They lead to Hiss Golden Messenger, Andrew McMahon, Switchfoot, Young the Giant, the great Beck (one of the finest concerts I’ve seen in my life) and, finally, Mumford & Sons.

Ticket Prices & Packages for Ohana Fest 2018
This year, General Admission Single Day tickets have only gone up a quarter to $99.75, with the service fee rising from $20 to $25.

General Admission for the entire Weekend is still holding at last year’s prices: $275 + a $60 service fee.

Single Day VIP passes have risen another $50 to $499, but the service fee of $40 remains the same from last year’s pricing.

Again, go to TheOhanaFest.com for online tickets. If any tickets remain, the Box Office will be open at 10:00 a.m. each day of the festival. Gates open at noon each day. Make the day (or weekend) even easier on yourself with free trolleys or Uber/Lyft.