Papa’s Tacos is Back With 60+ Menu Items To Go 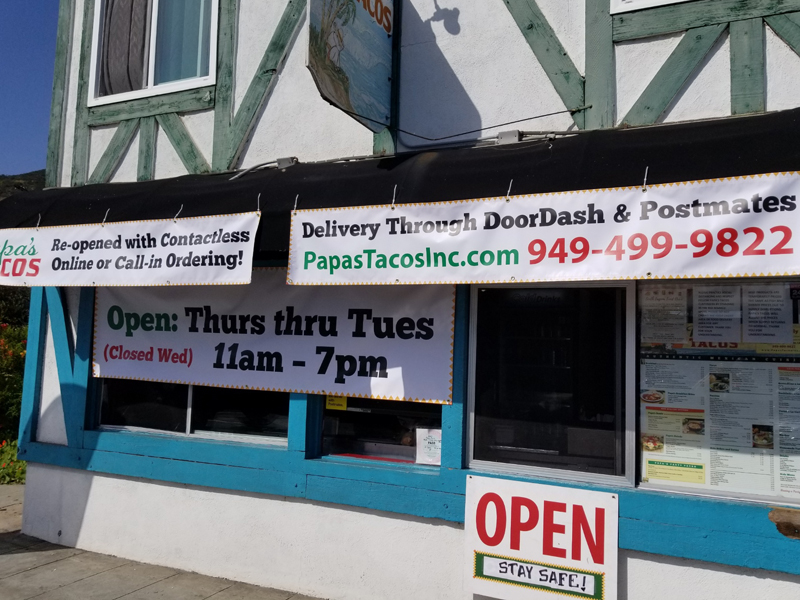 After temporarily shuttering on March 223nd, Papa’s Tacos Owner Michael Skerly figured he might be able to quietly merge back into business eight weeks later … on Saturday of Memorial Weekend.

Instead, he and his crew were zambonied.

“It was three days in an absolute blur,” he said. “Each day was equal to our busiest Fourth of July day. I closed on Wednesday this week just so we could get some rest,” he added, laughing. 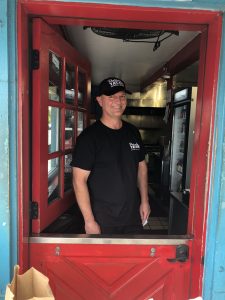 Papa’s Tacos Owner Michael Skerly is back in play in South Laguna for take-out.

“It was so heartwarming to see so many of our regulars come out in support of our return,” he continued. “I had Laguna kids telling me they had posted our opening news on their social platforms, and so many people came by just to welcome us back. It’s nice to realize you’ve actually been missed.”

A longtime landmark in South Laguna from 1989, Papa’s Tacos was purchased by Michael and business partner Scott Bornstein on April 15, 2010. In the business transfer, the partners made three astute decisions: 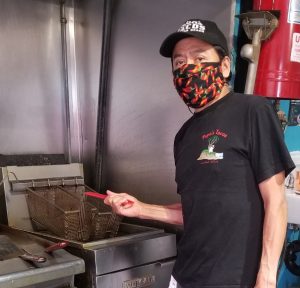 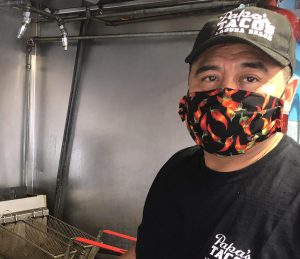 First, they chose to keep the two primary chefs, Enriqué Zaragoza Bravo and Vincent Ladislao Cruz, each of whom has now devoted 29 and 28 years, respectively, to the 660-foot kitchen.

Then, they chose to keep the original, large menu in its entirety, but upgraded to premium-quality produce and proteins. Despite the fact that they’re working in a very small kitchen space, the crew at Papa’s Tacos handles daily options that equal most large Mexican restaurant menus with more than 50 lunch and dinner items and 13 breakfast sellers.

“We added tortilla soup, the vegetable medley line and salads, but we haven’t messed with the core recipes because they are really solid and authentic recipes,” said Skerly.
And, third, Skerly and Bornstein chose to cater to locals’ taste buds first. “This is a year-round restaurant, so we’re all about making sure we know what our locals like best so that those items are always available. We wouldn’t be here without our locals.”

Beef Prices Are Up, No One Seems To Care

Because of the national beef shortage, Skerly said that he had to raise prices slightly on his beef menu items such as Papa’s Tacos best-selling Asada meat, a prime round steak that arrives with no fat or gristle.

“No one seemed to care,” he said. “The Asada, our California Burrito and the Machaca Beef flew out the door. I think they were just happy to see it all return,” said Skerly.

Another top seller, the Mahi Mahi grilled fish tacos have proven a returning crowd favorite, as have the shrimp tacos. 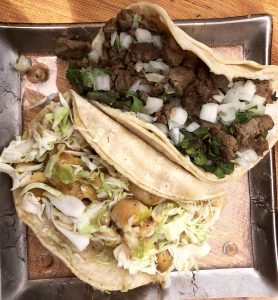 Personally, I’m the biggest fan of Papa’s Carnitas, whether served in a taco, burrito or bowl. (Heck, he could just roll them up in their standard foil and hand them to me a la carte.) The Papas team chops the carnitas into rough 3-inch by 3-inch squares, browns the meat slowly and does a quick douse in the deep-fat fryer for a tender inside with crispy outside. 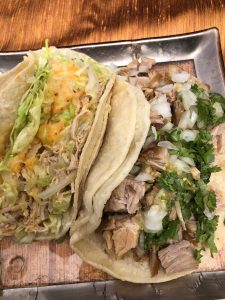 Of course, any one of these tacos can be eaten sauce-free, but why miss out on the cornucopia of freshly made sauces? Michael packs up four popular sauces with my taco-tasting fare, all of which have personalities of their own.

The chunky Salsa is super-fresh with the tiniest kick of spice – absolutely one of the best I’ve tasted in a long time. I love dabs of it with my carne asada taco.

The Tomatillo salsa verde is mild with just a hint of heat in the mild peppers and a hint of cool from the cilantro. It pairs beautifully with the carnitas.

The warm Ranchero sauce is just plain heaven that I could happily slurp as a soup, while Papa’s hottest sauce announces itself in a sly (and rather rare) dose of cumin.

Perfect for COVID: Breakfast All Day

While I try dabs of sauce with each taco, I find there is nothing better than a pour of the warm Ranchero in the breakfast burrito. It’s a hearty serving with scrambled egg, chunk potato, the tiniest scattering of super-dice onion, house-made beans (that are cleaned each morning and cooked on “slow” for five hours in water and salt to maintain their flavor), and melty cheese. The breakfast burrito partners with the Ranchero sauce like a vaquero to his time-worn saddle.

A mainstay even at the modified hours beginning at 11:00 a.m., Papa’s Tacos breakfast burritos come in eight different options. All breakfast items – including Huevos Rancheros, Machaca & Eggs and more – are served all day until close. 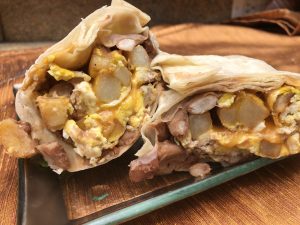 The sole owner of Papa’s Tacos since January 2018, Michael Skerly says the days are long “but so worth it.”

“I have the most amazing crew. We’re all working longer shifts, and those shifts start with someone ordering at the window the minute we open. My job, above all else, is to take care of my guys so that everyone stays healthy,” said Skerly.

“For the time being, our hours are going to be 11 a.m. to 7 p.m., Thursday through Tuesday. We take Wednesdays off to rest and recoup. We’re not the same guys we were 10 years ago,” he continued. “Right now, it’s sort of like riding a bicycle but being so sore from 60 days of not riding,” he said wryly. “But it’s so worth getting back on that bike. The people have been amazing.”

Papa’s Tacos is in South Laguna just north of Eagle Rock (the SoLag Community Garden) and Coast Highway at 31622 Coast Highway. It’s best to order in advance from their online menu at PapasTacosInc.com, but you can call, too, at 949-499-9822.

The best-selling author and blogger on The Best of Laguna Beach™, Diane Armitage is on an endless quest for the most imaginative adventures in Laguna’s restaurants, events, and lifestyle. Check out chef interviews, retail and restaurant news, and favorite events at https://thebestoflagunabeach.com/ and follow on Instagram @BestofLagunaBeach (look for Diane’s smiling face).