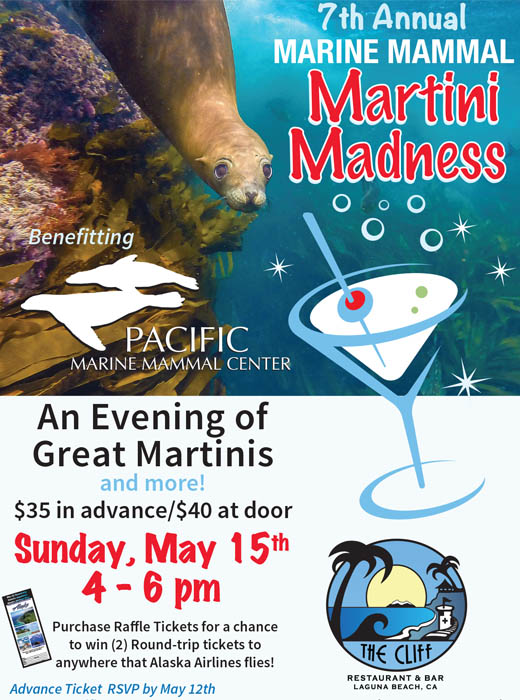 As you surely know by now, I adore the Pacific Marine Mammal Center, our seal and sea lion hospital in Laguna Canyon. I can’t say enough about these good people who rescue and rehabilitate hundreds of injured and emaciated pinnipeds each year.

Each year, the PMMC takes in more of these struggling critters, and each year, with hundreds of seals and sea lions released back to the ocean, the hospital grows in international stature and fame for its amazing work and education.

Now, one of my favorite annual events for the PMMC just got bigger and more robust, too – the annual Martini Madness Party, now set for Sunday, May 15th. THIS is a party you definitely want to be attending.

The genius creation of Jon Madison of Madison Square and Garden Café, the Martini Madness party occurred for six straight years at his eclectic café, with more and more people piling in to support the PMMC. It’s a quick 2-hour party with food, raffles, kibitzing and, of course, plenty of martinis. 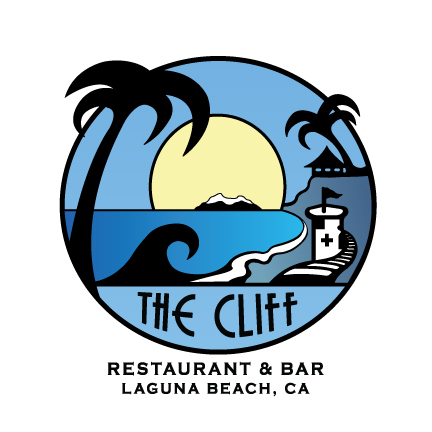 This year, our lovely Mr. Madison is taking a break to do more travel. Happily, within weeks of the announcement, our long-standing Laguna Beach locals, The Cliff Restaurant, stepped in to continue the Martini Madness tradition on Sunday, May 15th.

Tickets are just $35 in advance and $40 at the door. Purchase your tickets now for this 200-plus person PARTY.

And, once again, raffle tickets are being sold now for Martini Madness party awards that include round-trip airfare anywhere Alaska Airlines flies, the opportunity to open a kennel to release a healthy sea lion or seal back to the ocean, and more! You don’t have to be present to win, but you do have to purchase a raffle ticket to play. Raffle tickets are $20 each or 7 for $100. Contact me direct, Diane@LagunaBeachBest.com to grab your raffle tickets before they’re sold out!

The Cliff Restaurant: A Perfect Venue for Ocean-Minded Love

The Martini Madness announcement is walloping great news and promises to be the biggest event ever. For starters, The Cliff is a fantastic oceanfront location, which allows seals and sea lions to swim up and enjoy the party in their honor from below.

In addition to providing the expanded venue, Longtime General Manager Andrew Turula and Owner Sharon Haron are expanding the party’s happenings with piles of their best-selling menu items and a live DJ, to boot.

The restaurant at the peak of Legion Street and Coast Highway has been in play for decades, originally established by Ed Olsen more than 35 years ago. After Olsen’s daughters, Kathy and Sharon, took over the restaurant’s reins in 2004, The Cliff Restaurant leaped to even greater prominence with locals and tourists.

Longtime General Manager Andrew Turula and Owner Sharon Haron decided to take on the Martini Madness party because they say that the PMMC and The Cliff Restaurant have literally grown up together over many decades here in Laguna Beach. It only makes sense that two foundational elements of this town would finally find a way to work together.

Says PMMC Executive Director Keith Matassa, “Having the Martini Madness tradition carry on at The Cliff is beyond fantastic. Sharon’s restaurant has been in play here in Laguna nearly as long as the PMMC has. It really shows a perfect partnership of the kind of unique and growing success two Laguna Beach families can create for this world.