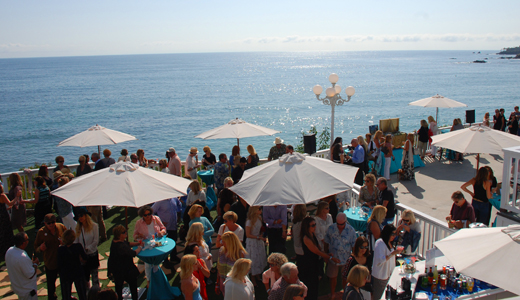 The popular annual Martini Madness party, a spring fundraiser for the Pacific Marine Mammal Center, knocked it out of the park again this year with a new location and more than 225 attendees.

Who wouldn’t be happy with panoramic views of the ocean on a perfectly blue Laguna day, three signature Cliff martinis to choose from (along with wine and beer selections), and tray-passed hot appetizers? Even the spouting whales showed up on cue (and they didn’t even ask for a tip).

“It was really a honor to put this together for the PMMC,” says Andrew Turula, General Manager of The Cliff Restaurant. “Both of our entities have been here in Laguna Beach more than 30 years, and it’s important to us to support the little home-grown cause that became a nationally recognized hospital for seals and sea lions.” 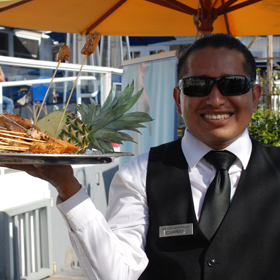 Co-Owner Sharon Haron was on site to greet incoming PMMC guests as the rank and file of party goers grew by the minute. In addition to the Cliff’s plentiful food, drink and friendly service, the PMMC offered a mini gift shop on site and introduced this year’s “Under the Sea Treasure Chest,” which just might be showing up in some mysterious places in the very near future, packed with promising bounty. (Keep an eye out, ye pirates!) 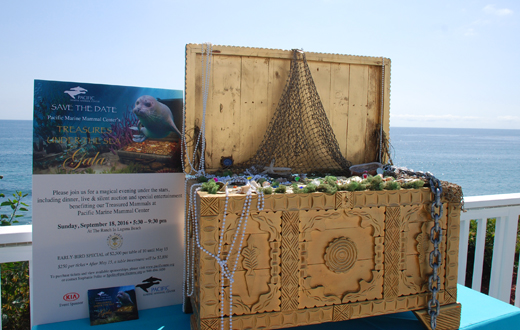 All in all, it was both a spectacular and charming event. At day’s end, the Martin Madness party brought in nearly $15,000 in funds, and many people purchased pre-gala seats for the popular PMMC “Under the Sea Gala” scheduled for Sunday, Sept. 18th.

“We couldn’t have asked for a more generous venue or more generous patrons at this party,” says PMMC Executive Director Keith Matassa. “We’ve been so busy with so many incoming patients this year that it’s really an emotional experience to see the community respond with so much support.”