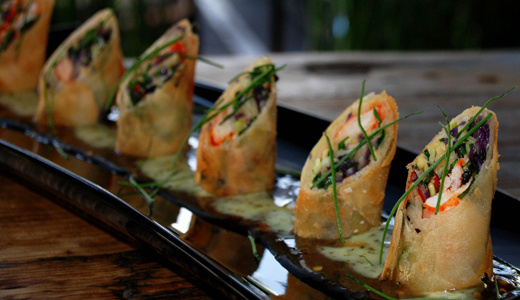 A long tradition in all of Orange County, Restaurant Week gets the most respected chefs involved in creating “approachable” prix fixe menus so that you can finally try the great cuisine at restaurants you don’t usually frequent.

This year, more than 100 restaurants are participating throughout Orange County but, folks … this here is the dining column for Laguna Beach and, I’d venture to say that Laguna Beach offers the most-wanted collection of destination restaurants to try.

There are 19 restaurants participating next week in Laguna Beach. Some are offering dinner menus only, while others offer both lunch and dinner. (See the compete list below.)

I’ve already started calendaring friends for various restaurant visits next week that I don’t have the opportunity to try often. There are, however, plenty of old Laguna favorites participating, too. Whether it’s an old favorite or a restaurant you’ve always wanted to try, it’s important to make reservations with each restaurant during Restaurant Week. This is likely the busiest off-season week of the year for those who are participating .

Bestsellers and New Entries
Many Laguna Beach chefs use Restaurant Week as a jumping off point for their soon-to-come spring menus. So, while you’ll see plenty of crowd favorites, there will be all sorts of new dishes, too.

While most are offering 3- and 4-course menus, be sure to explore the menus at the Restaurant Week site, as they vary tremendously. Starfish Asian Cuisine, for instance, is offering lunch menu options that proffer one choice from 9 “small plates”(which are never small), and another option from more than 12 “large plates.” Snag a couple friends and you’ll have an absolute feast on your hands. 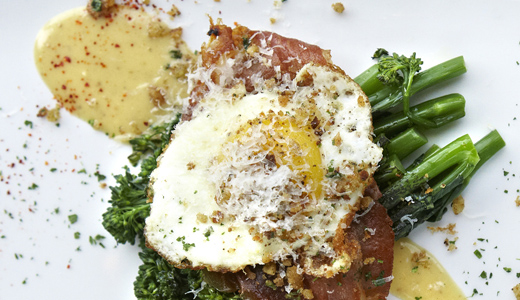 For 370 Common Kitchen’s dinner menu, try Chef Ryan’s famed Broccolini topped with a fried egg, Parmesan, prosciutto and bread crumbs. Then, of the four items to choose of his entrees, consider the Pork Loin atop mac n’cheese and crowned with apple-sweet onion slaw.

“Restaurant Week is a chance to introduce ourselves to people who might not know who we are and what we do here,” says Chef Ryan. “We aim to leave a lasting impression and hope to welcome them back as regulars.”

A Cornucopia of Laguna’s Finest
At Nirvana Grille in downtown Laguna, Chef Lindsay Smith-Rosales is featuring $30 and $40 menus. In entrees from the $30 menu, the Blackened Seitan Napoleon has caught my eye – a stack of mushroom ragout, wilted Swiss chard, goat cheese, basil pesto and hearts of chard with coconut milk. 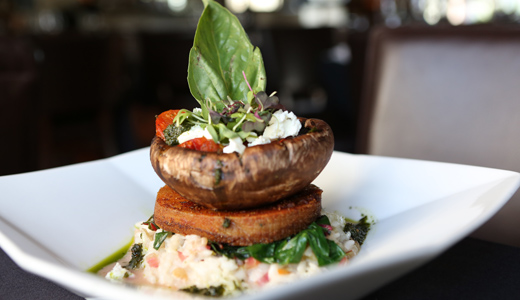 In Chef Lindsay’s $40 menu, I’d be happy just diving into her famed Roasted Poblano Chile or Chicken Wontons, but there are four entrees and dessert options to choose from, too.

“Restaurant Week joins us together as a culinary community,” says Chef Lindsay. “It’s a great way to be a part of such a diverse group of 100 restaurants.”

Drive less than two miles south of downtown to yet another extraordinary experience at Chef Debra Sims’ Maro Wood Grill.

She’s serving up a lunch menu priced at just $20 with one of my all-time favorites – her empanadas – leading the appetizer choices. Then, choose from five entrees that range from Organic Shepherd’s Pie to Fried Chicken Salad and Pulled Pork Sliders. Remember, this Chef is a perennial winner in dessert contests, so save room to choose from three options.

Be sure to waddle back to Maro’s for the $50 dinner menu during Restaurant Week. This time, entrees range from Grilled Lobster Tail with Truffled Mac n’ Cheese to Grilled Lamb Chops, Vegetarian Lasagne, Pork Chops with Bacon Polenta (oh my), and Grass Fed Steak with a Blue Cheese Wedge Salad.

Even Our Resorts Are In On It

If you rarely step foot in places like the Montage or Surf and Sand, here’s your reason to cross the resort line.

While these resorts are always very welcoming to locals, their menus during Restaurant Week are especially inviting. At Splashes, Chef David Fune (one of the true unsung chef heroes in this town) has both lunch and dinner menus at $20 and $50, respectively.

His Tuna Marrow as a lunch appetizer option rolls out on pumpernickel lavosh with a hearty mix of tuna, lemon, ginger, capers and dollops of garlic crème fraiche. 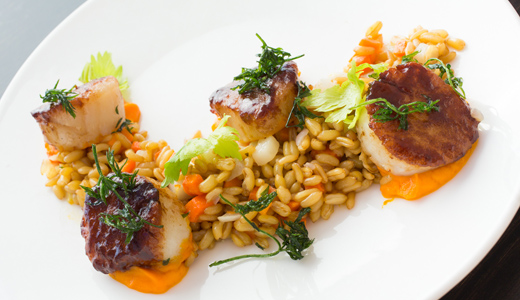 At dinner, the Splashes menu expands to appetizers such as grilled octopus and lobster bisque with four hearty and unique entrees to follow. For me, I’ll be choosing the Seared Scallops with root vegetables and carrot puree shouldered with kamut risotto. (Jeopardy trivia: Kamut is also known as the Pharaoh grain as it was discovered in ancient Egyptian tombs.)

A Culinary Field Trip, Indeed
I could go on and on about Restaurant Week because … let’s face it … for foodies, this is a 7-day heaven-on-earth kind of event.

“I just wish I had the time to take a culinary field trip to dine out this week, too!” says Chef Lindsay of Nirvana Grille.

Don’t let this field trip pass you by, dear reader. I’ll be making the rounds and posting my eating binges on my Facebook page – I look forward to seeing you do the same!

Splashes at Surf and Sand Resort

The Loft at Montage Resort