Reunion Kitchen in Laguna Beach is a Reunion for McIntosh 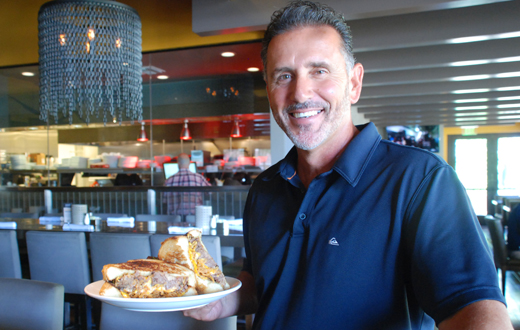 Scott McIntosh, in his Anaheim Hills Reunion Kitchen, above, looks forward to his “reunion” in Laguna Beach in May.

Reunion Kitchen Restaurateur Scott McIntosh plans for big roll-up doors at the front of his restaurant in his coming-soon North Laguna Beach location. For Boat Canyon, the roll-up doors are symbolic to a neighborhood hankering for a great restaurant and casual bar.

“When these doors roll up for the first time, I  hope we’ll be signifying a great and long-lasting change in North Laguna Beach, says McIntosh.

McIntosh, who originally worked with the Nick’s family for years, and then created the well-liked Asada Restaurant in central Laguna Beach, will be returning this late spring (est. late May) with BOTH successful restaurant brands. For nearly three years now, he’s crafted a crazily successful Reunion Kitchen in Anaheim Hills, and he’ll be re-introducing a miniature version of Asada right around the corner from his Laguna-based Reunion digs. 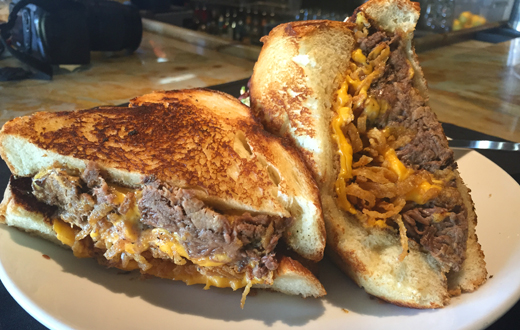 Take, for instance, the Short Rib Griller, the craziest “grilled cheese” sandwich I’ve ever had, piled with tender short rib meat, gooey slabs of American cheese and crispy fried onions. It is a happy, cheerful wallop.

Or, McIntosh’s own creation, a classic “Wedge” salad with a not so classic cheeseburger option as its crown. “With all the blue cheese that comes along with a traditional Wedge salad, you can’t just leave it there, all alone, without an awesome burger to join it,” says McIntosh with a grin. 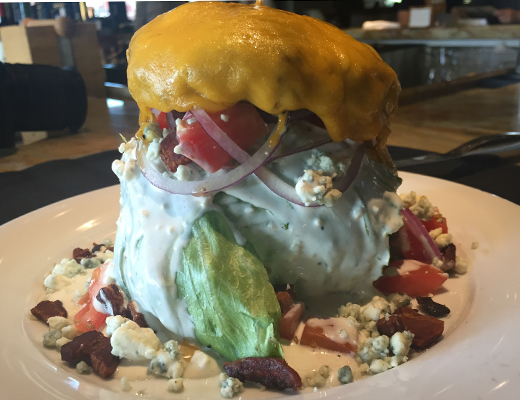 While the Reunion Kitchen menu in Laguna Beach will be a slightly condensed version (“The kitchen here is one-third the size of what we have in Anaheim Hills,” quips McIntosh), it will bear all the Reunion signature items. Expect Lollipop Lamb Chops, Prime Rib French Dip, Grilled Meatloaf Sandwich, and a boodle of inventive salads (including Sliced Steak & Potato Salad, which I can’t wait to try). Entreés will include best-selling Rosemary’s Chicken & Biscuits (Scott’s wife’s own recipe), Blackened Cowboy Ribeye, and Dad’s Filet Mignon with bleu cheese crust and cheddar jalapeno scalloped potatoes.

The restaurant, itself, will be deposited in the old Umami Burger location. The low Cape Cod ceilings, white furniture and bar tucked way in the back are all history now as McIntosh scraped the entire restaurant to its very walls. 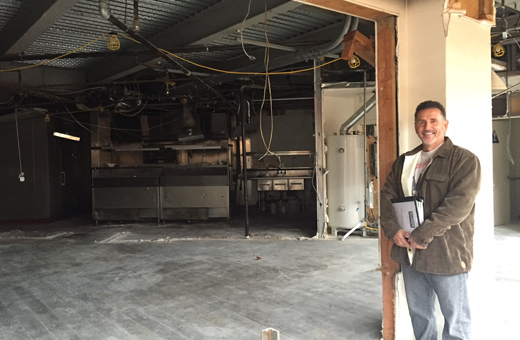 “The bar is going to be up here, right in front,” he says, walking animatedly in the cement-and-brick vastness. “We want people to know right away that we’re here to take care of our locals and neighborhood first with a comfortable, inviting community gathering place.”

Beyond the front’s roll-up doors, the bar will be high-polished brass with a bronze-y copper tile face. Barnwood walls, leather booths and heavy iron-and-bucher block tables will offer up a retro, throwback sort of look and feel. 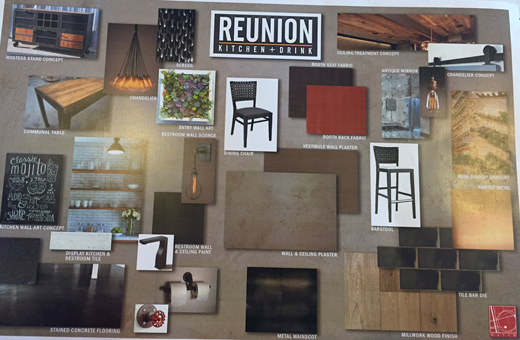 “We’re going to be that old fashioned Laguna look because that’s a feeling so many locals here remember and are nostalgic for,” says McIntosh.

“Running a great restaurant is all about addressing the needs of the community,” he continues. “We’re introducing our successful concept here, but it’s also entirely customized to Laguna Beach … after all, there’s nothing like Laguna Beach anywhere in the world,” says McIntosh.

“It’s a pleasure to be part of something so unique.”

While people are excited about McIntosh’s return to Laguna Beach, they’ve never stopped asking him about when he would bring Asada back, too. So, in the process of completing this much larger renovation for Reunion, McIntosh is simultaneously working on a small Asada presence, just steps away from Reunion. Click here to read the details on Asada …