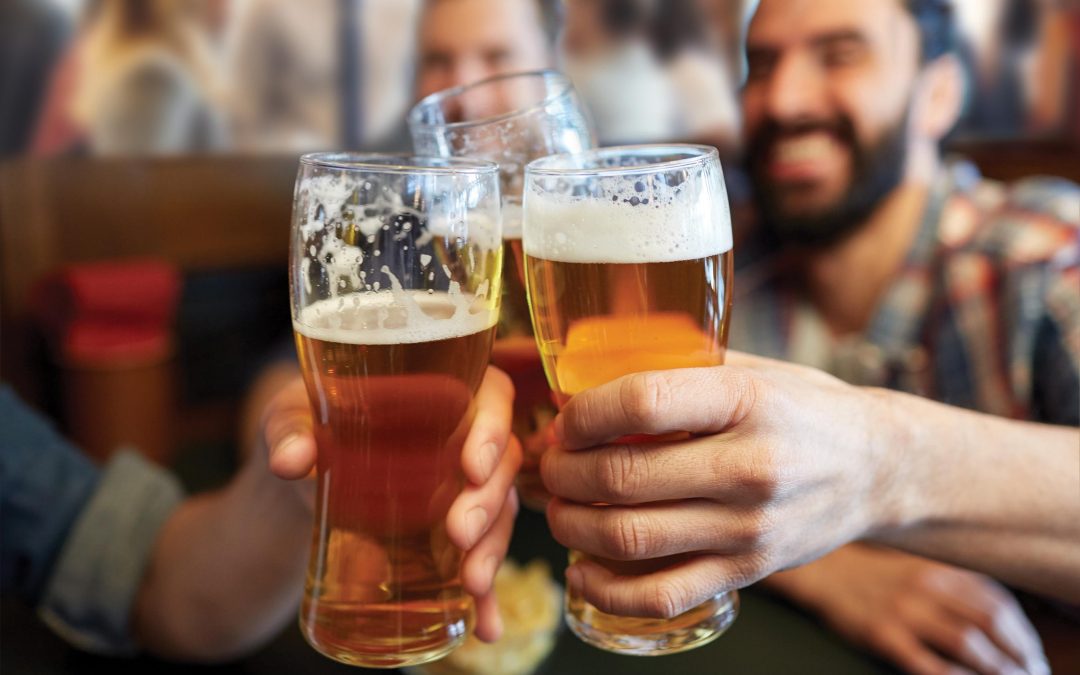 While most folks think that Octoberfest begins in … ehrm … October, the event begins on the 3rd Saturday of September every year.

Who gets to determine this date? Why, Munich, Germany, of course.

The Only Octoberfest To Launch Here on Sept 16th – Skyloft 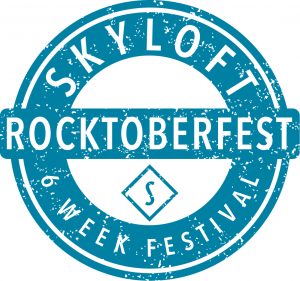 Here in our more prosaic parts of Orange County, most Octoberfest events do take place in October, and I’ve begun to list them on my Best of Laguna Beach calendar. As far as I can tell, only one Octoberfest launch begins on Munich’s Sept. 16th date at Skyloft in downtown Laguna Beach.

Calling it “Rocktoberfest,” Skyloft’s Director of Operations Jonathan Moore says they’ve chosen to take the best of both worlds, with a launch party on Sept. 16th and an extended Octoberfest celebration well past the date when Munich’s beer halls finally close their doors to clean their floors.

“We’re running our Rocktoberfest food and drink specials all the way to Halloween,” says Moore.

“It’s really our way of saying ‘thanks’ to all our locals and regulars who’ve made it through the summer with us. We always have daily and weekly specials here, but Rocktoberfest lets us add more fun to the mix with a spotlight on our rare craft beers, Octoberfest food items like Chef Arthur’s Brawt & Bun, and new rock bands every Thursday night.

This Saturday, just before Skyloft’s Rocktoberfest launches, Ohio Buckeyes fans will be in place for their team’s third game of the season against the Army Black Knights.

They will be arriving at Skyloft on the heels of UCLA Bruins fans watching their game at 9:00 a.m. (Yup, Skyloft opens for breakfast at 9:00)

In other words, it’s a ready-made party!

I dropped into Skyloft on the first Buckeye’s Game Day (a Thursday night in August) and was astounded to see more than 60 happy Buckeye fans crowding around the many Skyloft TVs. Last Saturday, the Buckeye numbers had grown to nearly 100 fans. Even with their disappointing loss, the Buckeye fans I talked with swore they’d be back in their Skyloft seats for this Saturday’s game.

The Rocktoberfest “Game Plan” (and Coupon!)

Skyloft expects Buckeye fans to show for the scheduled Tailgating Party at about noon, with a 1:30 p.m. kickoff. As their game wraps up, Rocktoberfest’s events will get underway, including a proper Octoberfest “oompa band” and live rock/funk music beginning immediately thereafter.

Rocktoberfest beer and food specials will run all day and night this Saturday … and will continue daily through the next six weeks. (That’s right, Sunday and Monday night pro football fans get in on this Rocktoberfest action, too.)

Skyloft postcards with Rocktoberfest “gift card” coupons are being mailed this week in Laguna Beach, but interested patrons can also pull down a 1-time gift card at the restaurant’s website to use during the 6-week event: http://SkyloftOC.com/Rocktober 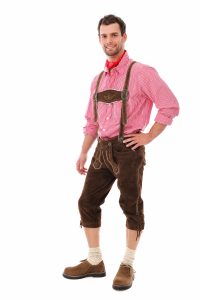 One last note for those of you with lederhosen stuffed away in your dresser drawers. (I know you’re out there.) Wear your lederhosen to Saturday’s launch party for a special manager’s treat.

Then, throughout the entire 6-week Rocktoberfest celebration, wear your lederhosen on Friday or Saturday night to get into Skyloft without a cover charge. How’s that for local love?