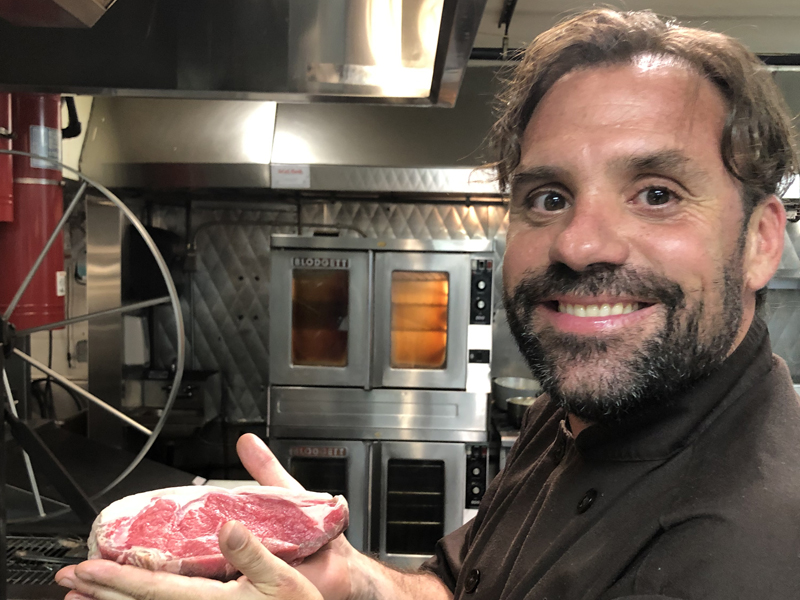 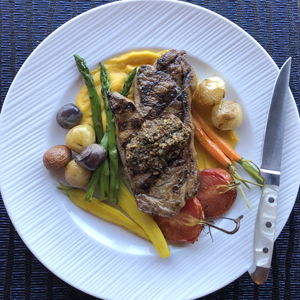 Now, this Laguna-based restaurant is enjoying another iconic moment as the first in California … and the first in the Western United States all the way to Chicago … to be wood-grillin’ the hallowed beef of all beef – Argentinian Angus Beef.

Argentinian beef has not been served in any U.S. restaurant since 2001. The rare treat will be featured as a special to the regular menu beginning tonight (Thursday, Sept. 19th) until a larger supply chain can be established. The brothers plan to replace all of the steak cuts on the menu with Argentinian beef. It will join popular and new menu items such as Hawaiian Opah, Local Lobster, Hawaiian Poke, Seared Ahi Tuna and the RoHi’s best-selling Pacific Sea Bass

Since opening their rendition of Royal Hawaiian Fire Grill in April of this year, Maro and Martin have introduced a coastal culinary heritage to the menu by featuring the combined wood-fire grill magic from the Hawaiian Islands, South America’s coastal regions and North America’s Pacific Coast.

And, while the brothers have only produced the finest in organic proteins on their menu from their opening day – wild-caught fish and grass-fed beef, pork and poultry from America’s most vaunted ranches – Maro and Martin had an ace up their sleeve. Even before they opened the Royal Hawaiian Fire Grill, they were working with U.S. and Argentinian governments to allow them to fly in what is largely considered the finest in beef produce globally – Argentinian Angus Beef.

An 18-year effort to bring back the beef

If you’ll remember, back in 2001, England reported a particularly venomous hoof-and-mouth disease outbreak in its cattle. It was a giant mess that began in two small ranches and spread like wildfire through Europe. When that moment occurred, the United States shut its doors to many incoming international beef sources, only slowly re-opening the doors as the various countries leapt through new, fiery hoops of proven sanitation and cleanliness at both international and U.S. FDA approval levels.

In January of just this year – 18 years later – the announcement was made that Argentina would, once again, be allowed to export its renowned grass-fed beef to the United States. Martin and Maro, our Argentinian chef brothers, were the first to jump on board, eagerly working behind the scenes with Premier Meat to import this “cut above the rest.” 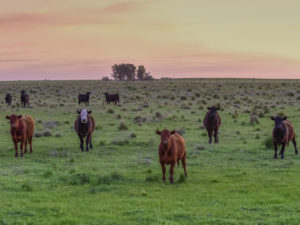 Why Argentinian beef is so phenomenal

For thousands of years, Argentinians have been raising cattle in the Pampas, an endless stretch of glorious wild grassland at the base of the Patagonias. They practiced conscious care long before the rest of the world hopped on board, and today’s Argentinian cows are still fed a grass-only diet, allowed to wander aimlessly on the plain, and are completely hormone free. Their beef shows higher levels of natural vitamins, minerals and proteins, and contain three times’ more CLA (conjugated linoleic acid) than conventional beef raised in feedlots. CLAs are fatty acids that provide anti-carcinogenic and anti-inflammatory properties.

But to those who love eating beef, Argentinian beef simply represents tenderness, glorious flavor and juicy texture. “It’s unbeatable palatability,” said Chef Martin Molteni. “There’s really nothing like its taste in the world.”

Royal Hawaiian Co-Owner Chef Martin Molteni continues to operate one of the most vaunted restaurants in Buenos Aires, Argentina, and travels back and forth between the two restaurants. Maro, known for Laguna’s local favorite, Maro Wood Grill until he sold it in 2017, has taken on more of the day-to-day-helm at Royal Hawaiian Fire Grill. It was Maro, then, who giddily received his first shipment of Argentinian beef this week.

He immediately stoked the Hawaiian’s new wood-fire grill and sliced several New York cuts. After pausing a moment to hold one steak in his hands for that long-awaited Holy Grail moment, he grilled several cuts for his staff, happily ingesting two steaks himself.

“I may sound crazy, but this is one of my happiest days ever,” said Chef Maro, with a beaming smile. “Finally! Finally, it’s here!”