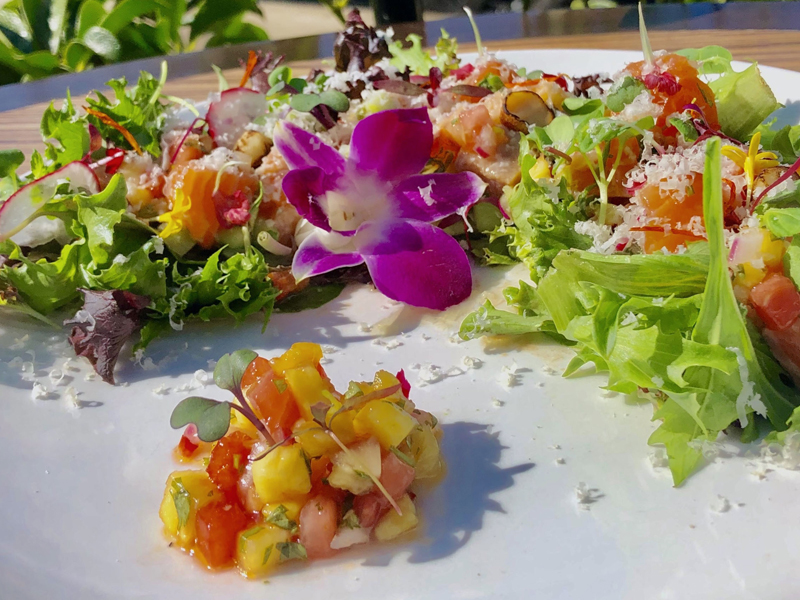 Last night, I drove through a gray and cold Laguna Beach and wondered when the gods above were going to cut our retailers and restaurants a break. Although there were people roving the streets … in parkas … the town was relatively quiet for a Friday night.

It was a lovely surprise, then, to roll into the “new” Royal Hawaiian Fire Grill and find it pumping with wall-to-wall people and a happy, warm island vibe. It was awesome! 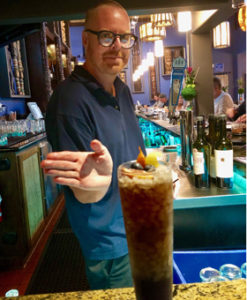 Last week, Royal Hawaiian Grill expanded both its cocktail menu and its entrée menu, introducing new summery fare in both.

“The first month of operation is all about feedback and getting solid footing in the kitchen and on the floor during service” says Chef Maro Molteni, the former owner of popular Maro Wood Grill in Laguna. “Then, we always expand and change things up to make it an even better experience. We always want our returning guests to experience something new.” 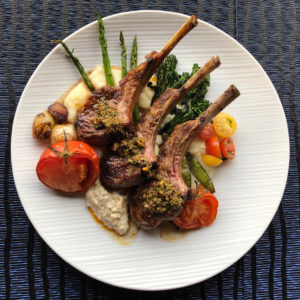 In a nod to the original “Royal Hawaiian Charcoal Grill,” new owner/operators Molteni brothers installed a large wood grill to happily accommodate steaks, fresh fish, seafood, chicken, pork and lamb. I’ve tried new items to the entrée menu such as the Mesquite Grilled Sea Bass (truly incredible), the Teriyaki Ribeye Steak (depth of flavor is really lovely) and the Kalua Pork, which is slow-smoked for four hours wrapped in a banana leaf, then shredded, tossed with ginger and soy and ladled in big heaps atop fried pineapple rice. And, hands down, the Mesquite Grilled Lamb Chops are the best in town.

But last night was all about learning more about Mixologist Sean Melia’s latest cocktail additions.

“We always want to stay fresh and new for our local fans, but this expanded menu is also going to be a crowd-favorite throughout the summer,” says Melia. “And, we’re going to be starting “Aloha Sundays at the Royal” soon, which is more of a mixing and mingling kind of extended happy hour, so we wanted to have a new raft of fun cocktails available for that, too.” 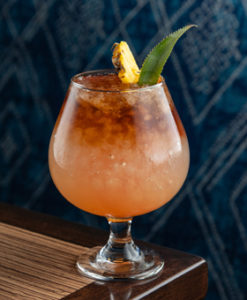 “The Lapu Lapu, of course, sells out the door,” says Melia. “But we’ve been doing a lot of research in the ‘rum’ category, and I thought I’d introduce a new batch of cocktails that are based in really unique rums …not your basic, more commercialized rums.” 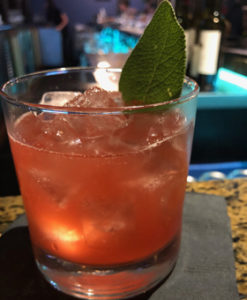 If rum isn’t your ilk, Pele’s Punch, a drink innovated by fellow bartender Haley Begley, strays from the rum base with a smoky Mezcal Xicaru mixed with her own mix of house-made clove-honey syrup, and the Royal Basil offers up Pau Mau Pineapple Vodka with fresh juices and torn basil leaves. 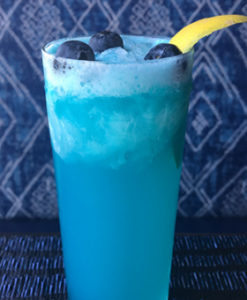 While Sean innovated on the cocktail side, Chef Maro worked to double the size of the wine offerings, even adding a Molteni Cellars section of finer wines. All bottles – even from the “cellar” – are still 50% off on Tuesday evenings with purchase of one entrée for locals who can prove their “92651.” And, the craft beer list has expanded, too, with Thousand Steps IPA, Quilmes Lager and Mucho Aloha Bohemian Pilsner.

It’s good to see the Royal Hawaiian Fire Grill running on all cylinders. it should prove quite a summer of aloha love for everyone who opts for the tropical vibe. Royal Hawaiian is at 331 N. Coast Highway Ave. The restaurant has its own parking lot, too, just a few doors north of the restaurant itself.