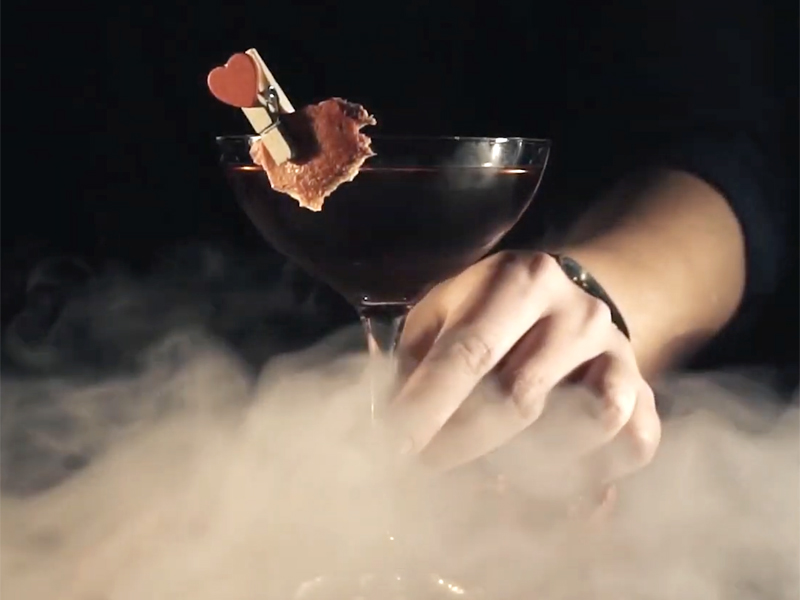 As we emerge tattered and weary from our COVID year, we all just need a little time away at a balmy Caribbean island … with an infinity pool … sipping rum drinks while Bobby McFerrin croons, “Don’t worry, be happy.”

Fortunately, our new restaurant, Rum Social, will be happy to whisk us away to that island vibe, and we don’t even have to board a plane to do it.

Rum Social Kitchen & Cocktails has plans to open in July 2021 in the old Watermarc restaurant in Peppertree Lane in downtown Laguna Beach. At first glance, what an incredible “vacation” experience it looks to be. 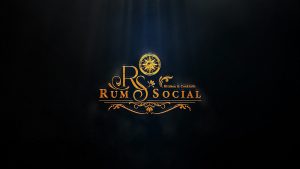 For the first time since local favorite Eva’s Caribbean closed in December, 2018, our town will be celebrating phenomenal Caribbean fare with fine rum and spirits all around.

“I like to think of it as a Caribbean/Asian concept inspired by rum,” said Ken Ussenko, the concept designer and a principle in the restaurant

“Think of it as an upscale Hemingway speakeasy,” he said with a grin.

A Combined 100 Years of Restaurant Experience

Longtime restaurateurs John Fisher, Steven Sherwood and Kenneth Ussenko have partnered as principles in the Rum Social excursion, having worked with each other for many years on other concepts. In fact, John and Steven were already operators at the Peppertree Lane Gelato Paradiso when Chef Cohen decided to close Watermarc in March 2020.

“I knew that [Peppertree Lane Operations Managers] Paul and Alaine Caraher were fielding quite a few interested restaurateurs for that space because I was there so often, but it didn’t even occur to me to throw our hat in the ring until a few months later,” said Fisher.

The Rum Social concept moved into reality with final contract negotiations on Dec. 9, 2020.

Inside: A Lush Island Retreat

On Friday last week, the originators treated me to chocolate croissants and a first look at the concept. For the time being, I’ve been sworn to secrecy on many specifics. (Yes, you’re correct. This practically kills me.) I can assure you, though, that Ken Ussenko, the designer behind the first K’ya rendition, The Drake Laguna Beach, Chef Rich Mead’s Farmhouse at Roger’s Gardens and the Drum Room at the top of Morongo Casino has created a lush, swank culinary retreat that will absolutely transport you.

“This is not a thatched hut kind of place,” said Ken. “So much of the Caribbean resort feel has a European influence; it was perfect to design this concept in Laguna Beach where you still see and feel that rich kind of influence.”

With local architect Todd Skendarian’s help, the famed (and giant) Watermarc bar, inherited from the former Partners restaurant, has been moved – in its entirety – upstairs! The main floor is now considerably more open for 50-56 dining seats.

The bar room upstairs will provide another 30 or so seats with the bar, itself, now a square in the middle of the room. Flamingo and teal accents will swim throughout, partnering with rich, 3-dimensional wood palm leaves on the ceiling, and floor-to-ceiling sliding glass doors to the outside patio. A giant TV monitor will reside on the main bar wall, displaying live shots from tropical beaches with an occasional video beach stroll interrupt by someone like James Bond’s Sean Connery.

“Ken has done an amazing job at creatively integrating the new tropically-themed restaurant into the European fabric of the historic Peppertree Lane,” said Todd Skendarian, lead architect on the project. “These two ambiences will be successfully married together to present a cohesive and enjoyable experience. It’s been a pleasure helping them bring this to life,” said Skendarian.

We all know, though, that any memorable tropical vacation has to also include that unforgettable dinner and drink.

At our Friday meeting, the Rum Social team showed me their “beta” menu in a nano-second flash. I managed to catch blessed seafood, seafood, seafood items and …oh, there’s a Jerk Chicken dish that I’ve got to try … and then, the menu went dark.

They have already selected their Executive Chef, but his or her name remains as secretive as a voodoo doctor’s business card. They tell me the Chef is a longtime, high-level creative juggernaut, and that’s all they give me. For me, that’s enough for now.

Fine rums will certainly be on the menu, joined with other heady, refined spirits.

“We’re not just a rum house,” said Fisher. “We want this to be a fun exploration of great cocktails that span the gamut.”

How It All Came Together

Several years ago, Steven Sherwood, a real estate developer by trade, took over the Laguna Beach-based Gelato Paradiso in Peppertree Lane. He pulled in longtime friend and Restaurateur John Fisher for assistance, and together, they’ve shored up the Gelato Paradiso brand in three other locations.

More than 40 years ago, Fisher began working at his first Del Taco when he was 16, and he hasn’t left restaurants since. First working his way into the highest level of operations of Naugles’ 150 restaurants, he then worked with Del Taco ownership in that takeover.

By 1990, Fisher had purchased his first Ruby’s restaurant, eventually owning nine stores before settling back down to his favorite, which still resides at Balboa Pier. All the while, he has purchased and consulted on a number of other restaurants and concepts.

In the same 1990s era, Ken Ussenko was finding his way into hospitality, managing Club Med resorts all over the world in his early 20s.

He leapt into hospitality design a few years later, establishing his own company, Kenneth Ussenko Design. In a matter of months, it seems, he was redesigning the private room upstairs for Crustacean Beverly Hills by House of An, the entire Crustacean restaurant remodel in San Francisco and then added casinos to his restaurant portfolio.

After developing the Drum Room concept at the top of Morongo’s Casino, he was asked to redesign the entire casino floor. From there, it was on to Las Vegas, Todd English’s empire, Duane and Kelly Roberts’ Mission Inn Hotel & Spa, and even Pieology’s concept redesign now being rolled out to 250 franchises.

Although Ken designs vastly original concepts every year, Rum Social (also named by Ken) is near and dear to his heart.

“I used to manage all these amazing vacation spots with Club Med, but the Moorea location in Tahiti was so memorable,” said Ken. “You just escaped from the entire world there. That’s what I want Rum Social to feel like.”

“I want you to walk in and feel transported,” he continued. “Even if you live in the paradise that Laguna Beach is, you still need an escape from everything out there in the world.

“That’s what Rum Social is here for. Leave all your cares and worries at the door. We’ve got this, friend.”

As new details become available, you’ll be the first to know. Check out my blog, BestofLagunaBeach.com and opt-in for “breaking news” emails, or follow me on Instagram or Facebook @BestofLagunaBeach.