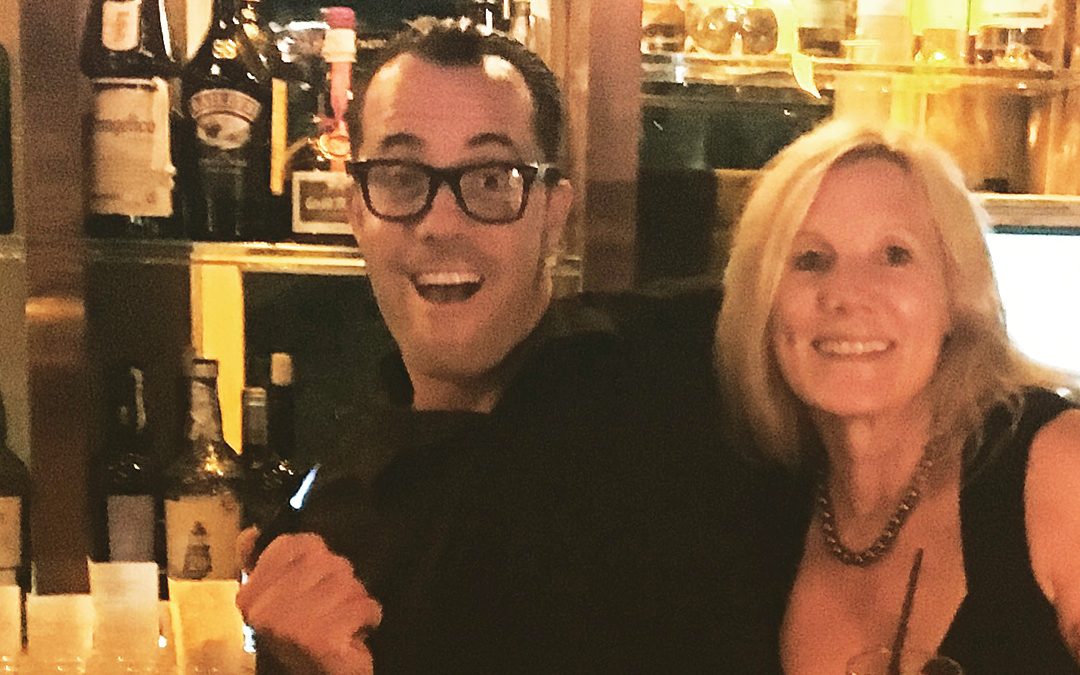 Just when I was getting into the holiday spirit, a Grinch has slithered his way into my happy holiday mindset.

We’ve Lost a Leg of the Triangle

For years, I’ve noted that, in my opinion, Adam makes up the triumvirate of the three top mixologists in town. While he hasn’t been in Laguna Beach as long as Neil Skewes (Starfish) or Sean Melia (The Durban Room speakeasy), Adam has devoted more than 10 years to Chef Azmin’s Sapphire Restaurant. In that timeframe, he created thousands of brimming-with-joy fans, and his bar stools are regularly lined with fans he’s crafted along the way.

Although he will be returning to help Chef Azmin with private events and catering needs, Adam will be spending most of his time behind the bar at newly-opened Olea on Westcliff Drive. Olea’s Restaurateur Russ Bendel also owns Vine (est. 2013) in San Clemente and Ironwood (est. 2016) in Laguna Hills.

With spiraling awards and accolades, Bendel and his managing partners pride themselves on presenting wine-country inspired restaurants with the best of the best in craft mixology, too. Small wonder they discovered our Mr. Bernstein, who’s won plenty of awards and accolades himself.

… You Can Still Hire Adam for a Private Event

In addition to the new Olea role, Adam tells me that he’s hanging out a separate shingle as “Bartender and Cocktails Craftsman” for hire. This is no hurried decision – it’s a full-fledged business model he’s been working on for months, with expected growth charts, to boot.

Believe me, if Adam is worth fans trotting down to Sapphire to see him on a weekly basis, he’s certainly worth hiring for our own events. (I just hope he brings his bottles of crafty, bubbling brew along – inventive concoctions that meld and blend for a whole new taste treat.) His website, BartedenderforallOcccasions.com will be launching soon, but you can reach Adam now via email at MixologywithAdam@icloud.com.

Of course, those of us who love Adam at Sapphire love Sapphire, too. We’re not going anywhere. The bartenders are great, the food is inventive and fun, and Chef Azmin is a delight to sit down and chat with. But I will say that I’ll be inclined to Uber my way to Olea on occasion, just to bask in the warmth and wit and style that is only Adam Bernstein.

Be sure to say your goodbyes to Adam this week. He’s helped put Laguna on the map, and for that he deserves a lot of well-wishing Whoville love.